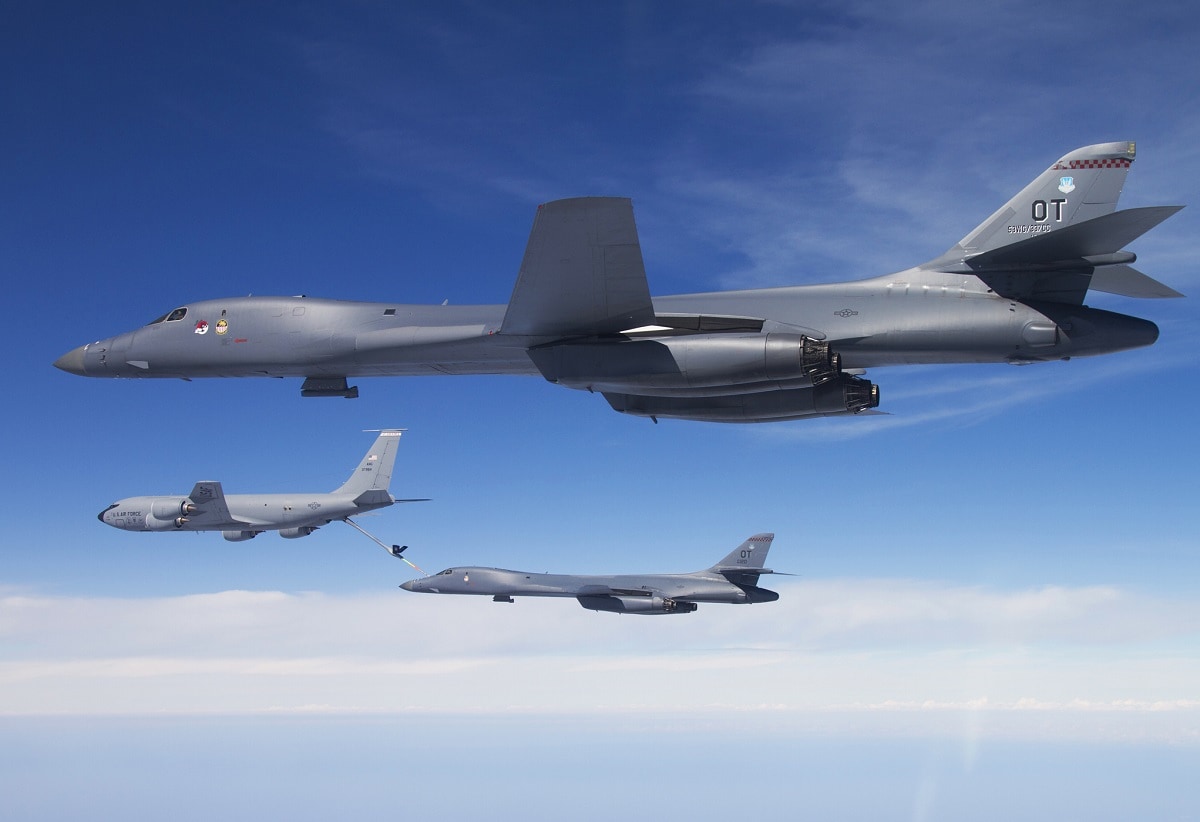 Back in May, various outlets looked at the question of whether America’s B-1 Lancers are looking at becoming armed with hypersonic missiles.

The United States Air Force Global Strike Command, we reported, had “moved one step closer to arming a number of B-1B Lancer bombers with external weapons, which can provide geographic combatant command with increased capabilities while putting fewer aircraft and aircraft in harm’s way.” 419th Flight Test Squadron went on to perform another test in May at Holloman Air Force Base, New Mexico.

“The goal of these tests is to determine how the Cold War era B-1B bombers can be best employed to carry hypersonic weapons externally,” we wrote.

Now, per Boeing, such tests with hypersonic weapons are set for next year.

According to the War Zone, “Boeing officials have said they aim to start testing new hypersonic weapons capabilities for the B-1B Lancer bomber in September next year, although it’s unclear at this stage what these trials might consist of.”

And while the Air Force is continuing to withdraw the B-1, the service is “pressing ahead with plans to arm its remaining Lancers with new hypersonic weaponry.”

The plans were discussed by two Boeing officials at a recent meeting of the Military Affairs Committee of the Abilene Chamber of Commerce in Texas, as reported by the Abilene Reporter News.

One of the officials described hypersonic missiles as “the next big thing in bombers.” He added that there are two different hypersonic “flavors,” and that there the B-1s will be fitted with both. They also said that the target goal for the weapons to be deployed is next September.

The Air Force is continuing to look ahead to the successor of B-1.

“The Air Force expects the first operational examples of the B-21 to enter service at another B-1 base, Ellsworth Air Force Base in South Dakota, sometime in the mid-2020s, followed by Dyess Air Force Base, and Whiteman Air Force Base in Missouri, the latter being the home of the B-2 Spirit fleet,” The War Zone reported. “With that in mind, the B-1 fleet at Ellsworth could be expected to serve for another decade or more.”

The B-1 bomber was critical in the fight against ISIS. As one outlet put it:

“B-1s played an instrumental role in preventing the fall of the besieged Kurdish enclave in Kobane, Syria in 2014, dropping 660 bombs that killed an estimated thousand ISIS fighters. Four years later, Lancers were used to launch nineteen JASSM cruise missiles as part of a punitive strike against Bashar al-Assad,” we wrote.