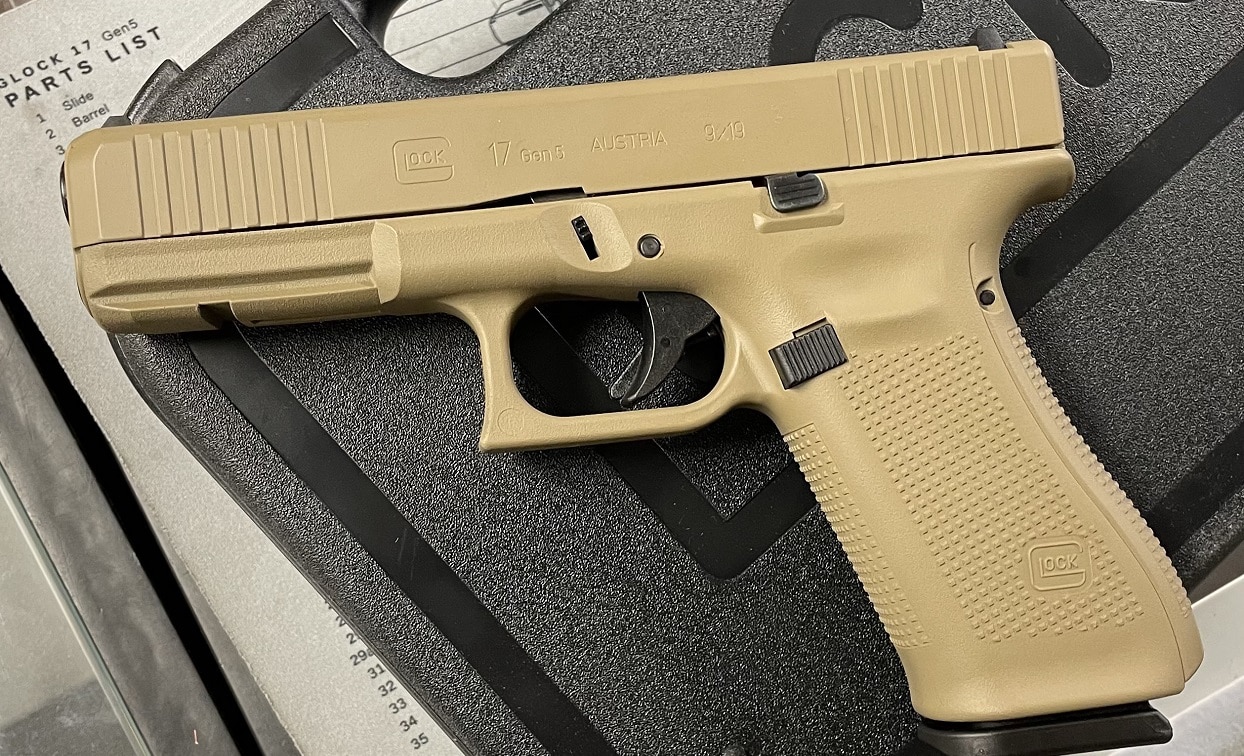 Despite the near-ubiquity of the Glock 17 in police forces around the world, surprisingly few nations have adopted the Glock 17 as a standard sidearm for their military forces. On the surface, this may seem surprising: the Glock was first adopted in the early 1980s, at a time when many militaries were replacing their 1940s or 1950s vintage sidearms with modern, high capacity double stack 9mm.

But to those familiar with the military acquisition process and mindset, it’s hardly surprising. While Austria’s Bundesheer has always seemed straight-laced and conventional in their procurement, this was not the case when the Glock 17 was adopted in the 1980s as the Pistole 80. Just coming off the adoption of the Steyr AUG in 1977, the Bundesheer evidently had quite an open mind to the use of polymer and other novel small arms concepts at the time. During the pistol trials that resulted in the adoption of the Glock, Gaston Glock produced a variant of the prototype Glocks with a manual safety, but the Bundesheer was confident enough that with proper training soldiers wouldn’t need it, and the three internal safeties would be sufficient. Evidently, it’s worked out for them. In 2017 a Bundesheer report revealed that there were only nine accidental discharges of all weapons in service in the last 30 years. Given that the Glock has only served in the Bundesheer for around 35 years, it’s an impressive record.

However, the same cannot be said of many other militaries. Most preferred the longer, heavier pull offered by DA/SA pistols, often with manual safeties as well. This trend continued well into the 1990s. The U.S. military would adopt the Beretta 92FS as the M9 in 1985. France adopted the Beretta 92F as the PAMAS G1 in 1987. The German Bundeswehr adopted the USP in 9×19 as the P8 in 1994.

This was usually for safety reasons, with procurement brass often believing that manual safeties and long, heavy trigger pulls would prevent negligent discharges in the hands of the average soldier wielding them.

Glocks did see some popularity in the special forces of the US, France, and Germany. Germany would adopt the Glock 17 as the P9 a few years after the P8, but it only saw service in the hands of very special troops.

But the argument that only special soldiers could safely use Glocks doesn’t seem to hold water when looking at the other militaries that made it standard issue. The first three nations to adopt the Glock, Austria (1982), Norway (1984), and Sweden (1988) were all conscript militaries when the pistol was first adopted. Looking at the Austrian example, not many problems with negligent discharges have occurred, suggesting that with proper training the Glock was perfectly safe even for conscripts. The Dutch military also adopted the Glock 17 in 1994, though at the time they were phasing out the use of conscription in their armed forces and transitioning to an all-volunteer military.

Things started to change in the 2000s. When the British Army adopted the Glock 17 in 2007 to replace their 1930s vintage Browning Hi-Powers as the L131, they were the highest-profile military to adopt the pistol. Many others followed: Finland adopted the pistol in 2008 and Switzerland in 2011. In 2019, some militaries are still transitioning over. Portugal adopted the fifth-generation Glock with special
markings in October.

Even then, the countries that use Glock 17s as standard sidearms are in the minority. Why? Sidearms are practically inconsequential on the battlefield. For the soldiers to whom sidearms are crucial, special procurement is common, and more specialized versions of the Glock like the Glock 34 or 26 might be preferable. For the rest of the military, using ancient sidearms is not a significant disadvantage, as most of the time are not even taken out on patrol. Thus the need to modernize and update them is not considered to be important. The Russian military is perhaps most emblematic of this. Despite fielding multiple pistols that could be considered partial or even total replacements since to the Makarov, adopted in the 1950s, the Makarov remains the most ubiquitous pistol in Russian service.