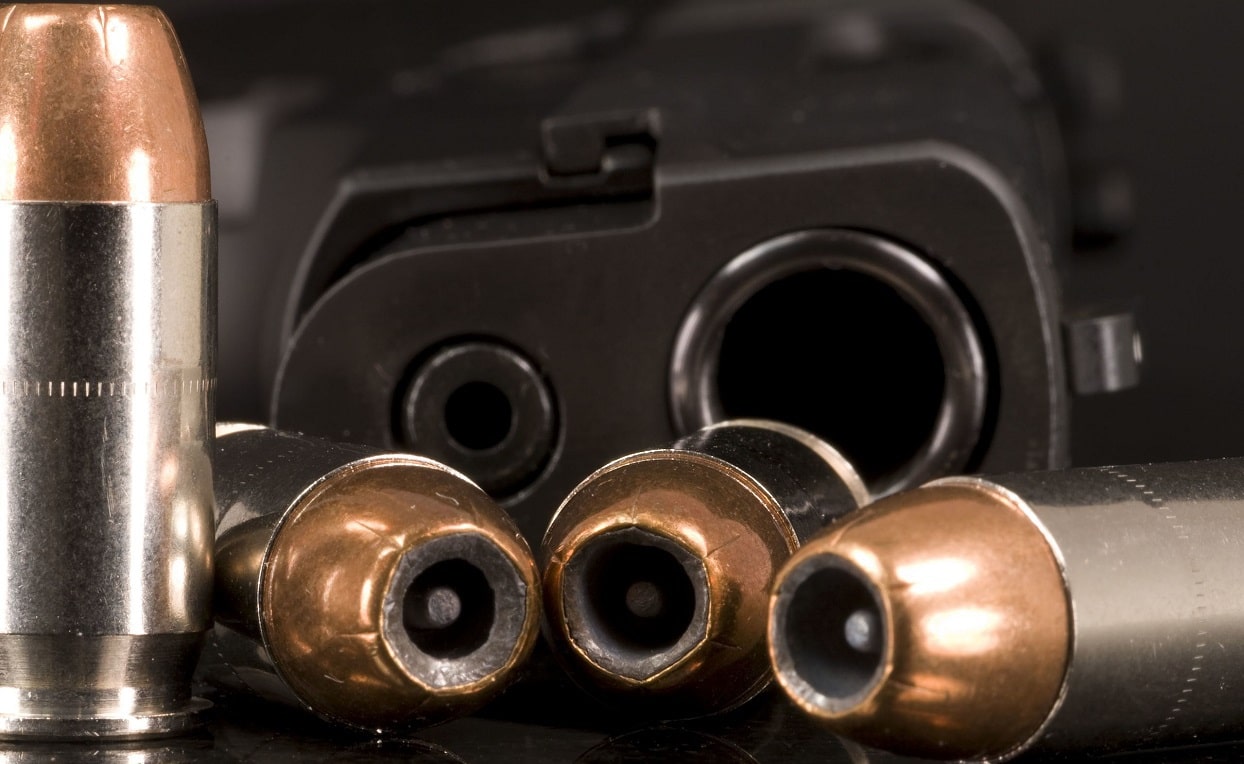 One of the finest handguns today is based on a Swiss design that, were it not for a creative corporate partnership, could have never left the neutral, land-locked country. The Sig Sauer P220 became available for sale worldwide only after the Swiss manufacturer partnered with a German company. The P220 went on to commercial success and adoption by countries including West Germany and Japan. The P220 is also the ancestor of many current Sig handguns, including the P226.

Founded in Switzerland in 1853, Schweizerische Industrie Gesellschaft, or SIG, developed a reputation for finely made, supremely engineered firearms—perhaps not a surprise for a country known for developing precision wristwatches. The company developed the Sig P210, a nine-millimeter parabellum pistol that was known for accuracy. The P210 was used by the Swiss Army, Danish Army, and West German Border Guard security forces.

During the 1970s, SIG reengineered the P210 to create the P220, giving it a shorter barrel and a larger magazine, and making it both cheaper and easier to manufacture. Swiss law prevented wider export of the P-series handguns, so the company partnered with German gunmaker J.P. Sauer und Sohn GmbH. Like SIG, Sauer had a long pedigree designing firearms, having been founded in 1751. The resulting partnership, Sig Sauer promised to open up the P210 basic design to the rest of the world—and that it did.

The Sig Sauer P220 is approximately 7.79 inches long and a height of 5.5 inches. It is 1.3 inches wide, making it less attractive for concealed carry use, but then again it is a full-sized pistol. It weighs 1 pound, 13 ounces unloaded. It has a 4.40 inch barrel with six grooves and a right hand twist. It has an aluminum alloy frame and a carbon steel barrel, with a exposed hammer for single action operation. Early versions of the P220 were chambered in nine-millimeter parabellum and featured a detachable box magazine that held 9 rounds. Today the P220 platform is sold in both .45 ACP and ten-millimeter, each with a magazine of eight rounds, with nine-millimeter reserved for the P210, P225, P226, and P229.

The Sig P220 is of the same locked-breech pattern pioneered by American gun designer John Moses Browning, using a fixed cam underneath the barrel to withdraw and unlock the barrel from the slide. The slide is carried inside the gun, rather than riding on the outside of the receiver on milled rails.

The Sig Sauer P220 is a double action pistol, meaning pulling the trigger both raises and lowers the hammer, which then strikes the firing pin, firing the weapon. This results in a longer trigger pull than a single action weapon, but is one that can be more quickly brought into action. In double action mode, it has a weighty ten-pound trigger. (Neither trigger pull weight nor travel are great objections to armies that issue handguns to conscripts that rarely use guns.)  The P220 includes a manual decocker, allowing the user to lower the firing pin on a loaded gun without pulling the trigger. The handgun also sports an automatic firing pin lock that prevents the firing pin from moving from moving unless the trigger is correctly pulled.

The Sig Sauer P220 was adopted by the Swiss Army as the Pistol 75. It was also purchased by the Japan Self Defense Forces, Chile, Iran, Nigeria, and Uruguay. Sold in .45 ACP and ten-millimeter versions, the pistol is commercially available to civilian shooters in the United States. A slightly smaller version, the Sig P225, was classified by the West German government as the P6 and adopted by the Police Field Force Reserve, Federal Customs Police, and a number of German state police forces. Forty thousand P6s were reportedly made by Sig Sauer for the German police. It was also reportedly adopted by the U.S. Secret Service although is likely no longer in service.

The P220’s success isn’t just measured in the fact that it is still manufactured and sold today, but in its descendants. The P226, developed for the U.S. Army’s handgun trials in the 1980s, featured a double magazine that nearly doubled its capacity to fifteen rounds. The P226 also included an ambidextrous magazine release. While the U.S. Army and rest of the U.S. armed services went on to purchase the Beretta 92SB-F, the elite U.S. Navy SEALS went on to purchase the P226 after a number of accidents involving frame fatigue on the Beretta. This was followed by the lighter, more compact P228 and the P229, chambered in .40 Smith & Wesson.

The Sig Sauer P220 was the original that spawned an entire family of pistols and is still, despite its age, a viable choice today. Had the two companies, one German and one Swiss, not joined forces to bring the design to the rest of the world, the P220 might have been restricted to a relatively small European market.