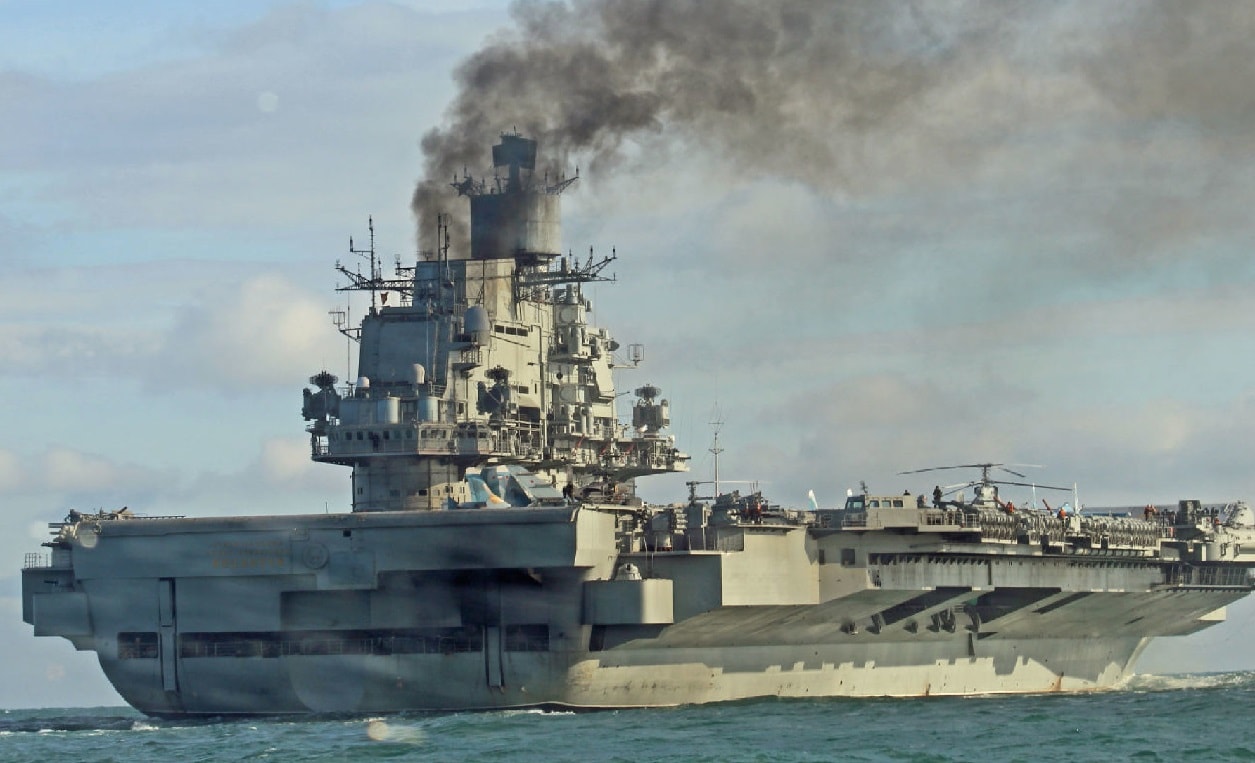 The specs were indeed impressive: one thousand feet long, with an eighty-five-thousand-ton displacement, and enough storage to transport approximately seventy fixed and rotary-wing aircraft. That is what the world powers—most notably the United States—would have had to confront had the Soviet Union’s supercarrier Ulyanovsk, which was named after Vladimir Lenin’s hometown, ever sailed.

“With a nuclear-powered engine—and working in conjunction with other Soviet surface warfare vessels and submarines—the supercarrier would have steamed through the oceans with a purpose,” writes Paul Richard Huard for War Is Boring.

However, the Soviet Union never had the opportunity to complete this mammoth project because the costs just ran too high—and eventually, the Ulyanovsk and all of its potential were laid to rest in the scrap yards in 1992.

“As the Cold War ended, Russia plunged into years of economic hardship that made building new ships impossible,” Huard notes.

It was back in 1988 when the builders first laid the keel for the Ulyanovsk, just as the Soviet Union was beginning to see cracks within its own empire.

“Early in the Soviet period, the shipyard constructed battleships. During the 1960s and ’70s, workers built Moskva-class helicopter carriers and Kiev-class carriers at South Shipyard 444. But none of these ships came close to the Ulyanovsk,” he adds.

During the early design stages, it was clear that Ulyanovsk would likely take on a size never seen before in Russian military history.

“Her propulsion system would have comprised four KN-3 nuclear reactors, a model originally used to power enormous Kirov-class battlecruisers, such as the heavy guided-missile cruiser Frunze. Ulyanovsk could have easily reached thirty knots while under way. The carrier would have carried at least forty-four fighters on board—a combination of Su-33 and MiG-29 attack jets configured for carrier operations. Ulyanovsk’s two steam catapults, ski-jump and four sets of arresting cables would have created a bustling flight deck,” Huard explains.

“The ship’s designers planned three elevators—each capable of carrying fifty tons—to move aircraft to and from the cavernous hanger deck. Plus, the carrier would have had helicopters for search-and-rescue work and anti-submarine warfare missions. The Soviets planned a complement of three thousand four hundred sailors—roughly half of the crew aboard an American Nimitz-class carrier, but sizable compared to other Soviet vessels,” he continues.

However, some experts have long questioned why the Soviet Union even wanted to build such a supercarrier—as “the massive ships have never figured significantly in the Soviet or Russian naval inventory.”

But according to Dr. James Holmes, a professor of strategy at the U.S. Naval War College, there was indeed reasonable logic behind the effort to build the Ulyanovsk—namely creating a defensive “blue belt” in the country’s offshore waters.

It “was a combination of land, sea and air power that would work together to thwart U.S. carrier and submarine forces. Russia could defend the homeland while providing safe patrol areas for ballistic-missile subs performing nuclear deterrent missions,” the writer explains.

Holmes told the site that “those ‘boomers’ need to disappear for weeks at a time into safe depths. Soviet supercarriers could have helped out with the air- and surface-warfare components of a blue-belt defense, chasing off U.S. Navy task forces that steamed into Eurasian waters.”

“There’s also the keeping-up-with-the-Joneses aspect to carrier development. If the U.S. is the world superpower and the U.S.S.R. wants to keep pace, then Soviet leaders want the same toys to demonstrate that they’re keeping pace. It sounds childish, but there are basic human motives at work here,” he says.

“It’s not all about the roles and missions carriers execute. It’s about national destiny and dignity,” he continues.

In light of the Ulyanovsk failure, what’s the future prospects of Russia ever getting its hands on a supercarrier?

“The expense of maintaining and modernizing the rest of the nation’s aging fleet makes it doubtful whether Russia can build such an expensive ship,” Huard contends.

But Holmes believes that Russia’s long quest for a supercarrier isn’t entirely dead, as there is no doubt that Russia still considers itself a great nation. Building such an intimidating ship would provide much-needed proof of national revival and destiny.

“We think of the Soviet Union as a dreary place, but Russians also remember that it wielded great power. That’s a potent memory,” he concludes.