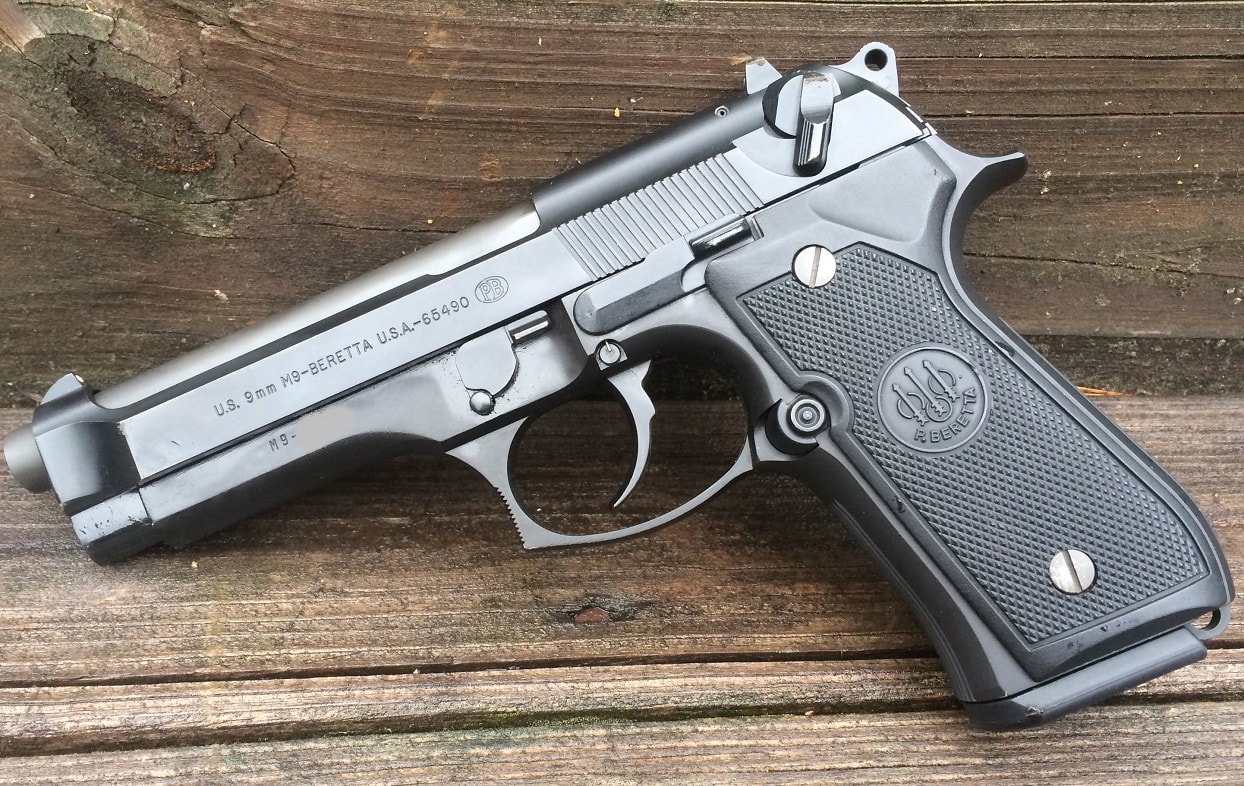 Out with the old, and in with the new – that is happening at the Yokosuka Naval Base, Japan, where U.S. sailors and Japanese security personnel are now being issued with the new Sig Sauer M18 pistols, which have replaced the Beretta M9 handguns that had been used for nearly four decades.

As part of the service-wide transition, security officers have been training with the Sig Sauer M18 pistol, Stars & Stripes reported earlier this month. It was in 1985 that United States Navy had first adopted the M9, which had replaced the Colt M1911 .45 pistol that had been formally adopted in 1913, and improved in 1926 as the M1911A1.

The transition to the new M18 has meant that more than 31,000 rounds were fired by approximately 350 security officers as part of the certification to use the new sidearm. The training took place over the course of nearly a month.

“For a single person, it’s roughly about 12 to 16 hours [of training] from beginning to end,” Petty Officer 1st Class Gasper Peña told Stars and Stripes. “It took us approximately two weeks to accomplish all of the actual training and evolutions, and then an additional two weeks on the administrative side.”

The Sig Sauer P320 was selected as the new sidearm for the U.S. military after being declared the winner of the XM17 Modular Handgun System (MHS) competition that was conducted by the United States Army and United States Air Force. The MHS was solicited by a Request for Proposals (RFPs) in September 2015 to seek options to replace the Beretta M9 pistol.

In the end the P320 was chosen for the full size and compact pistol versions, with the P18 being the compact model – the version now being introduced to the sailors and security personnel at Yokosuka. It is reported to be the first Navy installation outside of the United States to put the new handguns into service, while other installations in Japan are reported to be in “various stages of the transition” to the M18s.

The M18 was noted for its lightweight than the M9, while it features easily replaced components as well as larger magazine capacity. The security officers at the U.S. Navy facility in Japan will be carrying three, 17-round magazines, which provides an increase of six rounds per person over the three, 15-round magazines that were carried with the M9. Peña also told Stars & Stripes that security personnel at Yokosuka score about 10% higher on the range with the M18 than they did with the M9.

The Navy’s adoption of the M17 and M18 follows the Army, which was the first branch of the U.S. military to adopt the Sig Sauer pistol. In 2017, the gun maker was awarded a $580 million contract to deliver 480,000 pistols over the course of a decade to the military. The Air Force began to field the new pistols in 2019, while the Marines followed suit a year later. Now it seems the Navy is obtaining their firearms as well.

However, the United States Coast Guard has opted to go another direction, and last year announced that the Glock 19 Gen5 MOS was selected as its standard sidearm. Clearly, not every branch of the military is in completely in step when it comes to handguns.