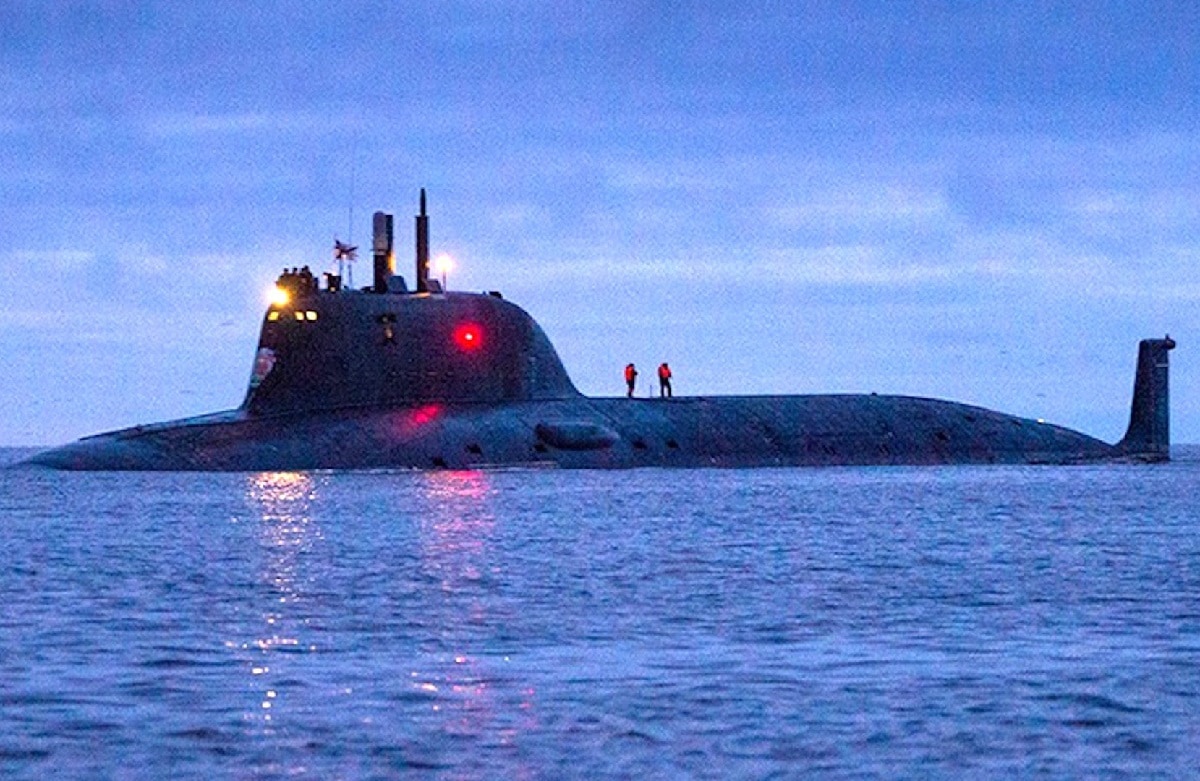 Russia successfully tested their Tsirkon missile (alternatively transliterated as Zircon) from underwater, launching from Russian nuclear ballistic missile submarine Severodvinsk. The relatively new Russian missile was not tested just once but twice, with both launches reportedly hitting their intended targets.

The Severodvinsk launched the first hypersonic missile while the submarine was on the water’s surface, in a kind of launch that is less technically challenging than an underwater launch but that exposes a submarine to other enemy surface vessels in the vicinity. In contrast, the second test launch came from underneath the waves, where a submarine is better protected.

Russian news agency TASS quoted the Russian Defense Ministry, stating that “A second test launch of a hypersonic cruise missile Tsirkon was carried out by the crew of the nuclear-powered submarine The Severodvinsk for the first time beneath the sea surface from a depth of 40 meters in the White Sea at a target in the Barents Sea. According to the objective monitoring means, the missile’s flight from the moment of surfacing and to hitting the target totally matched the expected parameters,” and indicating a successful test.

The Tsirkon missile has been test-fired from the sea before. In late July, the Russian Navy frigate Admiral Gorshkov fired the hypersonic missile at a target on land 350 kilometers from the ship while in the White Sea.

A second underwater Tsirkon test launch is reportedly scheduled for November and will attempt to hit a target at sea rather than on land.

The earlier July Tsirkon test launch reportedly reached speeds of Mach 7. While that velocity does meet the definition of hypersonic speed, the Tsirkon missile could push that limit out to Mach 9 if Russian reports on future hypersonic missile development are credible. Though a significant engineering challenge, it would not be outside the realm of possibility.

The Russian Navy’s Severodvinsk submarine is the first of the Yasen-class, a formidable new class of submarines among Russia’s most technologically advanced, believed to be one of, if not the quietest Russian submarine to date. However, the submarine is nuclear-powered, and as such, endurance is limited only by the amount of food the submarine can take on for the crew and periodic maintenance requirements.

A viable hypersonic missile is a significant accomplishment for any country. Launching hypersonic weapons from an underwater submarine is, however, a first. With these test launches, the Russian Navy propelled itself to the head of the hypersonic weapon race at sea.