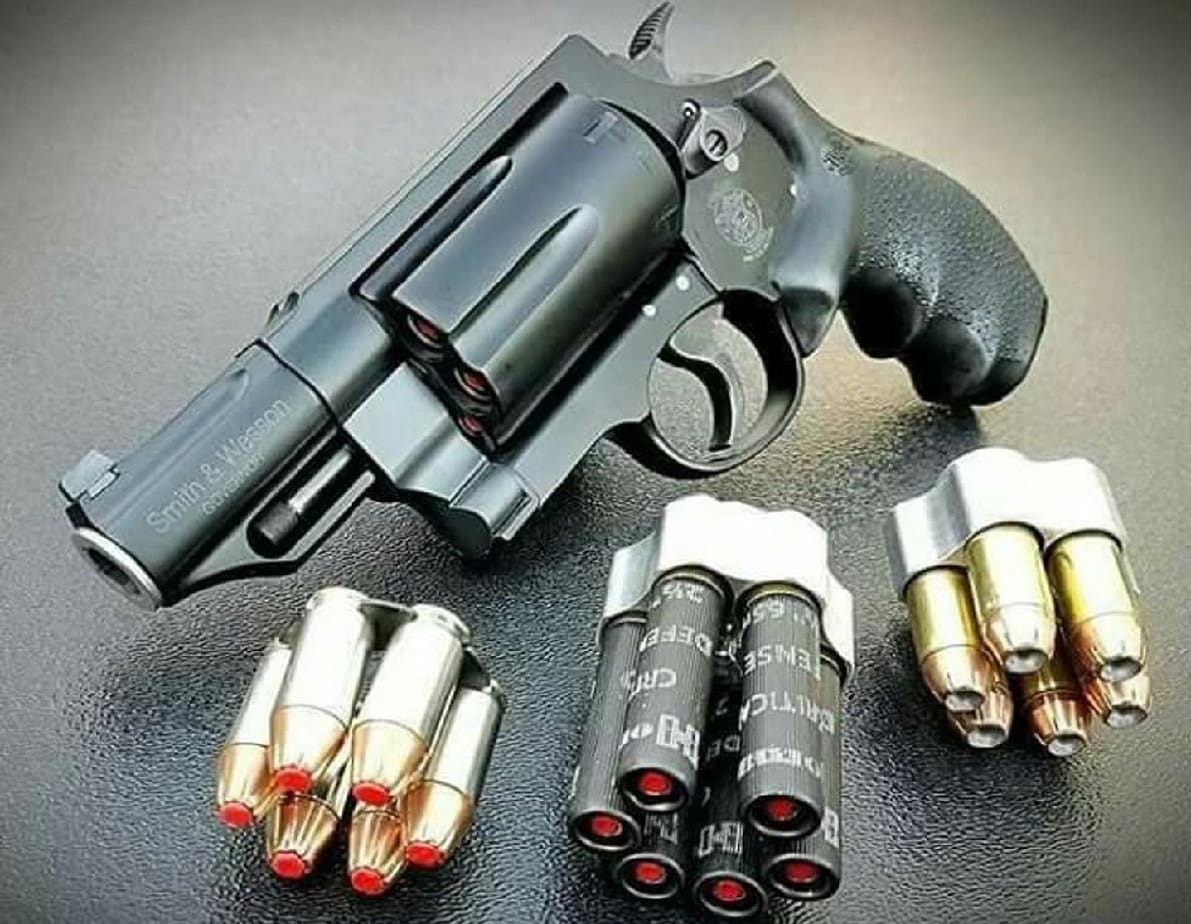 One of the most interesting trends in the world of handguns is the revolver than first not only handgun ammunition but also shotgun shells, or what is known today as a revolver shotgun. The ability to shoot both high-powered handgun ammo above .40 caliber and small caliber shotgun shells makes these revolvers far more versatile than most. Although seemingly a new phenomenon, the development of handheld shotguns actually goes back to before the U.S. Civil War.

The unusual nature of the revolver shotgun requires a bit of history and explanation. The first revolver/shotgun combination was the LeMat revolver. Developed by Jean LeMat, a French emigre to the United States, LeMat’s creation was a cap and ball revolver, state of the art at the time, but it featured two barrels and a nine-round cylinder. This gave the LeMat a highly unusual appearance, both then and today. The cylinder held both .40 and .42 ammunition and a larger .60 caliber/20 gauge shotgun ammunition. The latter gave the revolver the nickname “The Grape Shot Revolver.” Up to 2,400 LeMats were smuggled into the Confederacy to arm cavalry units.

The modern “grapeshot revolver” movement was sparked in the 1990s by the MIL Thunder 5 revolver. Although only briefly in production, the Tennessee-made firearm was able to shoot both .45 Long Colt handgun rounds and .410 shotshells. This unusual combination sparked industry-wide interest. The Thunder 5 was followed up by Brazilian gunmaker Taurus and their Judge revolver, which is similar in appearance and shoots the same combination of cartridges.

Why a Revolver Shotgun?

The combination is undoubtedly part gimmick, with a hand shotgun a general rarity among firearms. The .45 Long Colt round, a storied cowboy and military round dating back to 1872, adds historical interest. The .45 LC round is also a powerful self-defense round, hitting with the force of up to 1,000 square foot pounds of pressure. That’s more than four times the energy of the .38 Special revolver round. The ability to shoot .410 gauge shotgun shells adds the ability to shoot solid slugs or birdshot, with the latter particularly useful in dealing with dangerous nuisance animals such as venomous snakes. In other words, revolver shotguns are a little bit gimmicky, a little bit of history, and a little bit practical.

The Governor, introduced at the 2011 SHOT Show, is Smith & Wesson’s entry in the revolver shotgun field. The Governor is 8.5 inches long with a 2.75-inch barrel and a cylinder that holds six rounds. The cylinder will accommodate not only 2.5-inch .410 shotgun shells and .45 Long Colt rounds but also .45 ACP cartridges. The .45 ACP cartridges are loaded and removed from the revolver via moon clips holding two or six rounds reach. Named after their round or partially round shape, moon clips allow a revolver to be reloaded much more quickly than the typical method of inserting cartridges one at a time.

The Governor is a double action/single action revolver. Under normal circumstances, it can be cocked and fired with a single long, fairly heavy pull of the trigger—a so-called double action operating system. However, cocking the exposed hammer rearward reduces both the trigger pull and trigger travel distance, making the gun easier to fire and more accurate than when fired in double action mode. The Governor’s unique frame, long to accommodate 2.5-inch shotshells, is called a z-frame under Smith and Wesson’s naming convention. The frame is made from Scandium alloy while the barrel and cylinder are stainless steel. The handgun uses fixed Tritium night sights for aiming purposes.

Smith and Wesson’s revolver shotgun weighs just 29.6 ounces unloaded, in large part due to its lightweight alloy frame. The relatively large size of its cartridges, however, will increase the gun’s weight considerably when loaded. The combination of a short barrel, light frame, and large caliber bullets undoubtedly makes for a challenging amount of recoil.

The proliferation of revolver shotguns shows these unique firearms hold real appeal and are here to stay. Their popularity is also giving new life to .45 Long Colt, which until recently seemed destined for cartridge oblivion. For those that want a slightly unconventional handgun, revolvers such as the Smith & Wesson Governor are an equally conventional, though entirely practical, solution.