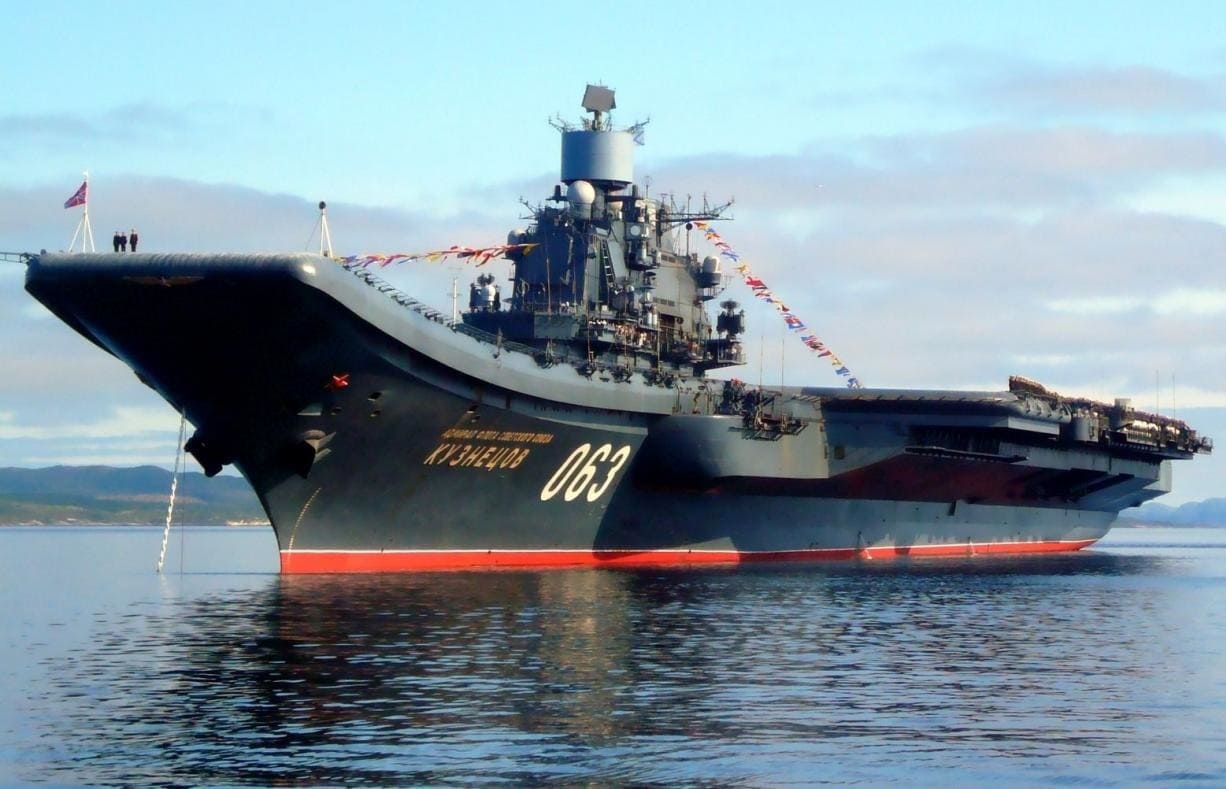 The Soviet Union is gone, but its weapons live on. Communism was an economic disaster and an ideological dead-end, that could neither motivate its people to work nor provide them with enough toilet paper, let alone bread and sausages.

But the Soviet Union made great weapons. Not great automobiles. Not great televisions. Yet some of its arms have become legendary, still used around the world in many conflicts.

Soviet weapons reflected a different design philosophy. The West preferred complex, expensive and perhaps over-engineered armaments. Whether Tiger tanks or F-35s, they opted for quality over quantity. However, Soviets preferred cheaper, cruder weapons that could be produced in quantity, devoured in the maw of modern warfare, and then easily replaced. To the Soviets, good enough was the enemy of better, as long as good enough had numerical superiority on its side.

With that in mind, here are my picks for the five best Soviet weapons:

What can one say about a gun that is on the national flag of Mozambique? The AK-47 isn’t just an assault rifle. It is an icon, a political statement, the favored weapon of guerrillas and terrorists during the Cold War. With more than 100 million AK-47s produced, the word “ubiquitous” doesn’t even apply.

Inspired by Nazi Germany’s Stg-44 assault rifle, the Kalashnikov was simple, cheap and durable, the perfect weapon for Soviet conscripts and poorly trained Third World armies. In terms of casualties (civilian and military) inflicted over the past 60 years, the AK-47 may be the most deadly weapon on the planet.

Was the T-34 the best tank of World War II? Many will argue the point quite vigorously. But there was no doubt in the minds of terrified German soldiers in 1941. With its powerful 76.2-millimeter cannon, two-inches of well-sloped armor (for greater ballistic protection) and wide tracks to move through the Russian mud, the T-34 outgunned, out-armored and outmaneuvered any tank on the German side at the time.

As for the German infantry, they could only watch in disbelief and horror as the shells from their small anti-tank guns bounced off like spitballs before the 30-ton monsters crushed them. One T-34 took 23 hits from a 37-millimeter anti-tank gun, and still emerged with minor damage. Much like the “Tiger fright” that afflicted U.S. and British troops facing the heavy Nazi tanks, the German infantry would flee before the T-34s.

The T-34 had its flaws. Unlike Western tanks, which had a separate tank commander and gunner, the T-34’s commander was also the gunner, which meant he was firing the cannon when he should have commanding the vehicle (a later version, the T-34/85, added a separate gunner’s position). The cramped vehicle had poor ergonomics that fatigued crews, it lacked a radio, and the tank suffered from frequent mechanical breakdowns.

Yet 84,000 T-34s were built, and the Germans were so impressed that they considered building their own version (but ultimately settled on the more capable but more expensive Panther tank). Despite the T-34s impressive qualities, Germany almost conquered the Soviet Union in 1941. Blame that on poor Soviet tactics and training, not the tank itself. Once the Red Army regained its poise, an armada of T-34s paved the way to Berlin.

Katyusha is the Russian affectionate diminutive for “Little Katherine.” It’s an ironic name for one of the deadliest artillery pieces in history. The name itself has become generic, a convenient shorthand for any kind of rocket artillery from the Golan Heights to Darfur.

The original BM-13 Katyusha was a truck-mounted multiple rocket launcher. Like the T-34, the Katyusha proved a shock to German troops in 1941. Suddenly, 4.35 tons of high-explosive deluge an 10-acre area in 7 to 10 seconds, according to one source. The Germans went on to develop their own rocket launchers, the notorious Nebelwerfer, or the “Screaming Mimi” as U.S. GIs called it.

Unguided rockets tend to be inaccurate. You wouldn’t want to call down Katyushas if the enemy was right on top of you. But Little Kate worked fine for the Soviets, who liked to smother German defenses—sometimes using massed artillery grouped into huge artillery divisions – before sending in the assault troops. Even if rockets weren’t accurate, the defenders they didn’t kill would be too stunned to resist.

The U.S has turned some of its unguided Multiple Rocket Launcher System rockets into GPS-guided weapons. For the sort of counterinsurgency wars the U.S. has been fighting for years, smothering an area with rockets is counterproductive. For Hezbollah aiming at Israeli cities, or the Red Army mopping up German survivors, the Katyusha was just fine.

To U.S. pilots accustomed to air superiority in the final years of World War II, the Mig-15’s appearance over Korea was a shock. In fact, the Soviet jet fighter was so deadly that B-29s, despite heavy fighter escort, had to switch from daylight to night attacks over North Korea.

Based on captured German technology as well as jet engines that the British foolishly sold to Moscow, the Mig-15 was fast, maneuverable and heavily armed. Early U.S. jet fighters, such as the P-80 and F-84, were found themselves outclassed. It wasn’t until the arrival of F-86 Sabres that American pilots were able to confront the Mig-15s (many flown by veteran Soviet pilots from World War II) on equal terms.

More than 18,000 Mig-15s were built by the Soviet Union, its Warsaw Pact satellites and China. It served in the air forces of more than 40 nations.

It would be incorrect to say that the RPG-7 revolutionized anti-tank warfare. In the latter half of World War II, the use of anti-tank rockets became widespread, including the U.S. bazooka, British PIAT and especially the German Panzerfaust.

However, it is to correct to say that the RPG-7 has become the poster child for man-portable rockets. Note that I’m not even using the word “anti-tank”; the RPG-7 has become the poor man’s light artillery, used as a bunker-buster, anti-aircraft weapon (shooting down U.S. Blackhawks in Somalia) and general all-purpose weapon anytime a foot soldier needs to get an explosive projectile downrange.

As an anti-tank rocket, the RPG isn’t the most accurate. White it scored successes in Vietnam, the 1973 October War and other conflicts, today it is better suited today for attacking light vehicles rather than advanced tanks. But the RPG is so prolific that it has become almost as iconic as the AK-47. How many conflicts can you think of that over the last 50 years that didn’t feature photos or film of a fighter, wearing fatigues, robes or a tee-shirt, that wasn’t carrying a long tube over his shoulder? The RPG-7—and its various Chinese, Iranian and other knock-offs—has served in practically every conflict since the early 1960s.

If weapons technology was the biggest legacy of the Soviet Union, then that says about what Soviet Communism had to offer. Nonetheless, Soviet weapons earned their place in history.

Michael Peck is a defense journalist based in Oregon.