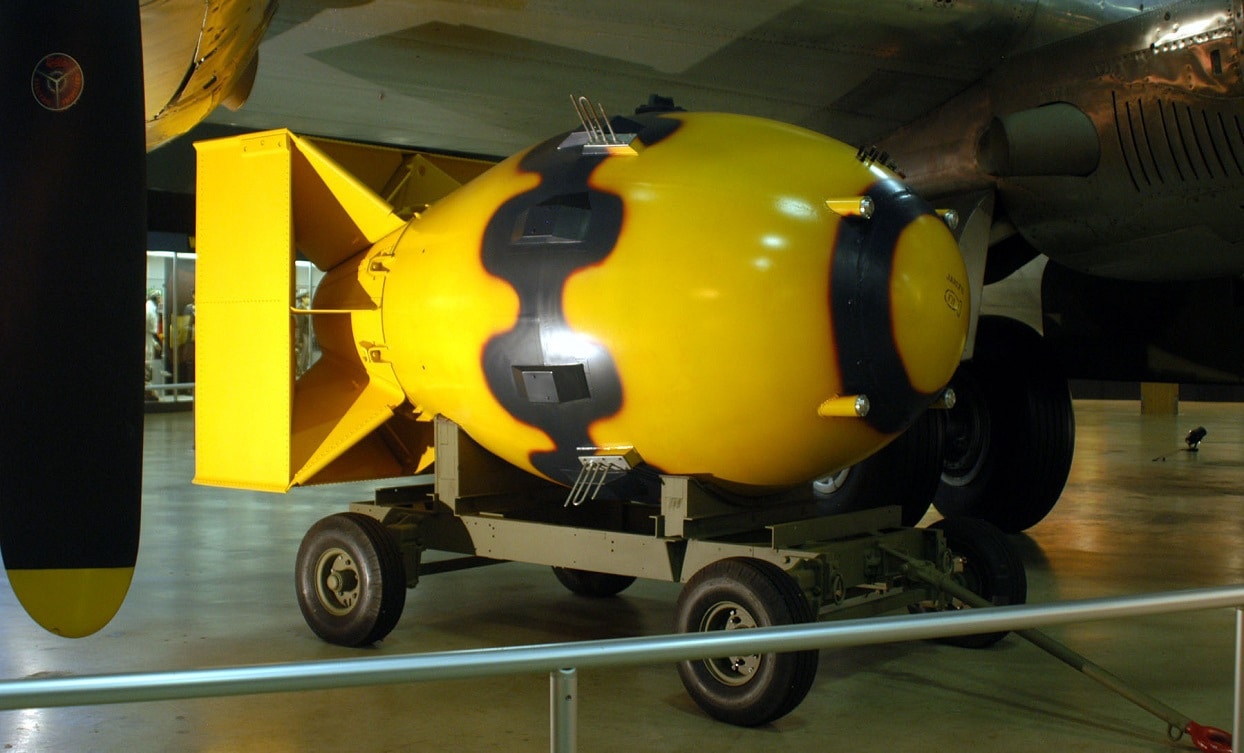 It would have been one of the greatest crises of postwar Asia: the revelation of a Taiwanese atomic bomb. For Taiwan, the bomb would have evened the odds against a numerically superior foe. For China, a bomb would have been casus belli, justification for an attack on the island country it considered a rogue province. Active from the 1960s to the 1980s, Taipei’s efforts to develop nuclear weapons were finally abandoned due to diplomatic pressure by its most important ally, the United States.

Taiwan’s nuclear program goes back to 1964, when the People’s Republic of China tested its first nuclear device. The test was not exactly a surprise to outside observers, but it was still Taiwan’s nightmare come true. Chinese and Taiwanese air and naval forces occasionally skirmished, and it threatened to turn into all-out war. Suddenly Taipei was confronted with the possibility that such a war could turn nuclear. Even just one nuclear device detonated on an island the size of Maryland would have devastating consequences for the civilian population.

From Taiwan’s perspective, a nuclear arsenal would be the ultimate guarantor of national sovereignty. Even if the United States split with the country, as it eventually did, Taiwanese nukes would keep the Chinese People’s Liberation Army at bay, a deterrent not only against Chinese nuclear power, but against conventional forces as well. In hindsight, this would have had a good chance of success, as North Korea’s own procurement of nuclear weapons has made the United States and South Korea reluctant to retaliate over the country’s various military provocations.

The Taiwanese bomb program began in 1967, using the Chung-Shan Institute of Science and Technology’s Institute for Nuclear Energy Research as a cover. In 1969, Canada sold the country a heavy-water nuclear research reactor as a prelude to what it hoped were commercial energy-producing reactor sales—none too soon, as the Trudeau government recognized the People’s Republic of China in 1970. The reactor, known as the Taiwan Research Reactor, went critical in 1973, and Taiwan set about creating a stockpile of weapons-grade plutonium.

Taiwan’s nuclear program was under careful surveillance by the United States, which recognized Taiwan as the rightful Chinese government and protected the country from the mainland. Still, Washington was afraid a Taiwanese bomb would unnecessarily enrage China, and by 1966 took steps to prevent the bomb from happening. Washington ensured that Taiwanese reactors fell under International Atomic Energy Agency guidelines, which would prevent diversion of nuclear fuel for the purposes of building a weapon.

But the entire point of the program was to build a weapon, and it was inevitable that Taiwan would be caught in the act. In 1975, the CIA reported, “Taipei conducts its small nuclear program with a weapon option clearly in mind, and it will be in a position to fabricate a nuclear device after five years or so.” At this point, the United States, Germany, France, Norway and Israel had all supplied assistance. The program had procured heavy water from America and uranium from South Africa.

In 1976–77, the IAEA inspected the activities at the military-run Institute for Nuclear Energy Research. The IAEA discovered discrepancies in the Taiwanese program, and in 1976, the United States protested the nuclear-weapons program. In response, the island government promised to “henceforth not engage in any activities relating to reprocessing.”

Despite the promise, in 1977 the United States again detected suspicious activities at INER. The U.S. State Department demanded changes to Taiwan’s research program that were more in line with peaceful research than nuclear weapons, but stopped short of demanding Taiwan cease all nuclear research and development. In 1978 the United States yet again detected a covert program, this time a secret uranium-reprocessing program, and forced Taiwan to stop.

After being caught in the act many times, Taiwan’s nuclear-weapons program went into a period of dormancy. In the mid-1980s, the program was started up again, and INER was detected building a uranium-reprocessing facility that violated the commitments Taiwan made in the 1970s. In December 1987, Col. Chang Hsien-yi, the deputy director of INER and a longtime CIA asset, defected to the United States with proof of Taiwan’s nuclear program. The previously top-secret material was used to confront the Taiwanese government, which ended its nuclear program once and for all in 1988. At the time of Colonel Chang’s defection, Taiwan is thought to have been just one or two years away from a bomb.

What kind of bomb was Taiwan attempting to develop? Two possibilities are low-yield tactical nuclear weapons and a higher-yield city killer.

A tactical nuclear weapon would be useful to target the mainland ports, airfields and headquarters driving a Chinese invasion of Taiwan. While that wouldn’t initially be of much help on the invasion beachheads, it might bring the logistics supporting such an invasion to a halt. This tactical nuke would probably have been delivered by the Ching Feng, a.k.a. the “Green Bee,” a short-range tactical missile that bore an uncanny resemblance to the U.S.-made Lance missile. There are rumors the missile was actually of Israeli origin, having been drawn from stocks supplied by the United States, or developed based on Lance technology.

Another, far worse possibility is that Taiwan could have developed a larger, city-killing bomb. This could have been used to threaten Beijing directly, trading the destruction of one government for another, and would have been a more useful deterrent. Still, the 1,800-mile distance it would take to deliver a nuke on Beijing was at the time as insurmountable as the Taiwan Strait itself. Not even Israel had the technology to assist in developing long-range missiles or aircraft to deliver such a nuke.