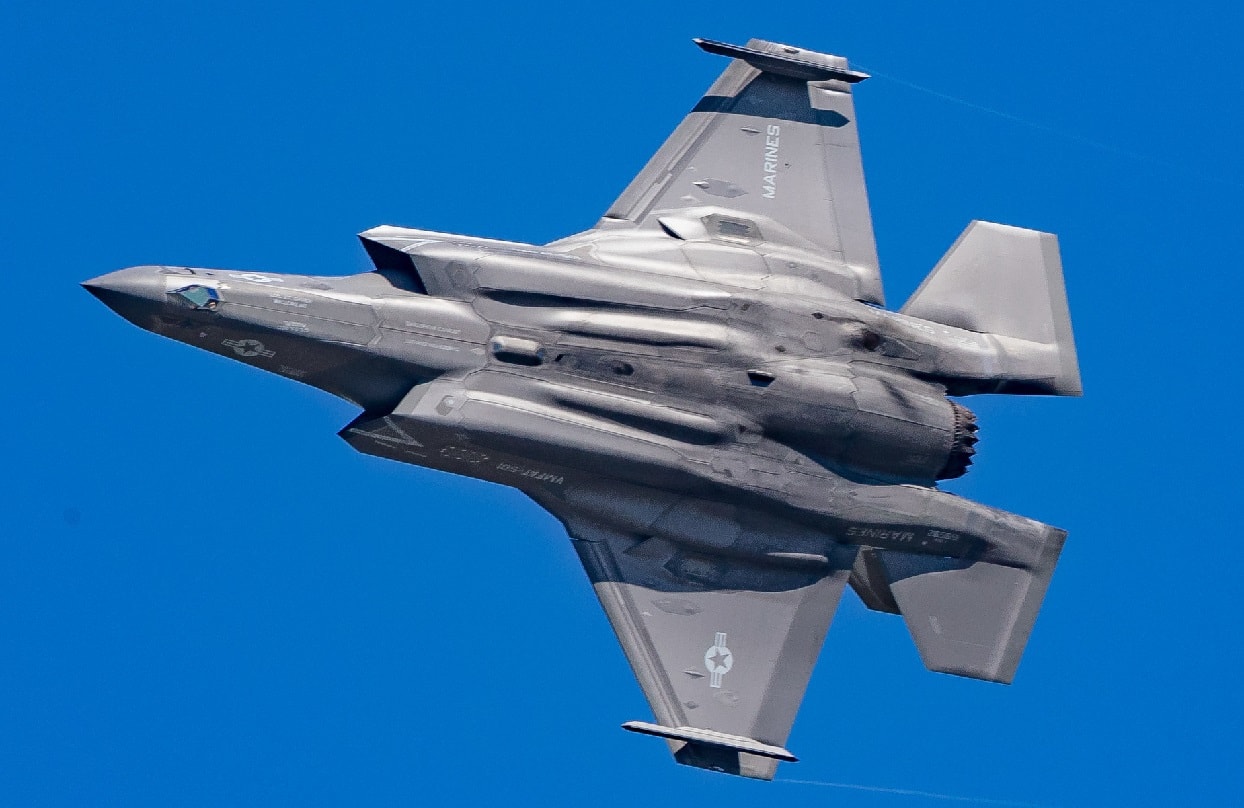 The United States has so many powerful weapons systems that it is difficult to narrow it down to five. Nuclear weapons and their delivery systems have to be included. Plus, the new class of aircraft carriers and the latest aerial gunship should be reckoned with. It all can be very frightening to the enemy and lead to deterrence, which is half the battle. Nonetheless, and you may disagree, here are my picks for the U.S. military’s 5 deadliest weapons of war.

The U.S. Military’s 5 Deadliest Weapons of War – The B83 Nuclear Bomb

The B83 nuclear bomb is the biggest device in the U.S. stockpile. It has a maximum delivery of 1.2 megatons – that’s 1.2 million tons of TNT. This is 80 times more powerful than the bombs dropped on Japan at the end of World War Two.

It’s an unguided bomb, in which gravity pulls it down to the target. It can be used for bunker-busting as well.

The Biden Administration wants to enable the B83 to have an extended life, therefore $99 million is earmarked for it in FY22.

The Ohio-class nuclear submarine is a “boomer” that carries nuclear missiles. It can deliver 10 Trident II D5 missiles. This three-stage solid-fueled missile can hit targets out to 4,000 nautical miles. There are 14-boomers in the fleet.

The hard to detect Ohio-class has two crews that alternate on duty, which enables more subs to engage in multiple patrols. The submarine stays out to sea an average of 77 days per mission.

The Boomers can be easily re-supplied at sea. In 2014, the USS Pennsylvania set a record for patrolling 140 days. Some Ohio-class subs have been converted to carry Tomahawk cruise missiles allowing for extra room to deploy SEALs for clandestine missions.

Tomahawk Block-Vs are the most improved cruise missiles in the U.S. arsenal. They can hit enemy ships over 1,000 miles away. The Block-Vs have a new warhead that penetrates better. The upgraded Tomahawks can be carried by naval guided-missile ships and attack and boomer submarines.

The Block-Vs are better able to survive against electronic countermeasures and they are more difficult to track on radar.

The new Tomahawks are adept at hitting moving targets. The Block V also has improved targeting for land-attack missions.

The Ford-class can carry 85 aircraft – that is more than some countries’ entire air forces. This includes the F-35C Lightning II, E-2D Advanced Hawkeye, and the V-22B Osprey, plus the F/A-18E and F/A-18F Super Hornet fighters, and the EA-18G Growler electronic warfare airplane.

The new carrier has two nuclear reactors and four shafts that will require less maintenance. It can conduct 33 percent more sorties than the Nimitz-class. It has improved electricity generation that would allow it to use directed-energy weapons in the future.

The Navy has deployed a new catapult system and arresting gear on the Ford-class, which uses electromagnetics instead of steam.

The U.S. Military’s 5 Deadliest Weapons of War – The AC-130 Gunship

The AC-130U “Spooky” Gunship is overwhelmingly deadly. It features a 40mm cannon, a 105mm howitzer and a 25mm gatling gun. It features a day, night, and all-weather combat system. It has video sensors, infrared sensors, and synthetic aperture radar.

The AC-130U can help friendly troops who are pinned down, escort convoys to help if ambushed, and conduct armed reconnaissance to engage targets of opportunity. The airplane loiters and flies huge circles around the targets. It releases flares to spoof enemy heat-seeking SAMs.

Who Takes the Top Spot?

First place would have to go to the Ohio-class submarine, just because it can deliver the most nuclear weapons. Obviously, the B83 nuclear bomb is the most powerful. The Tomahawk cruise missile has proved its worthiness for years. The AC-130U Gunship is one of the most fearsome weapons, while the Ford-class Super Carrier is expensive but worth it.

What do you think? Give us your thoughts in the comments below.