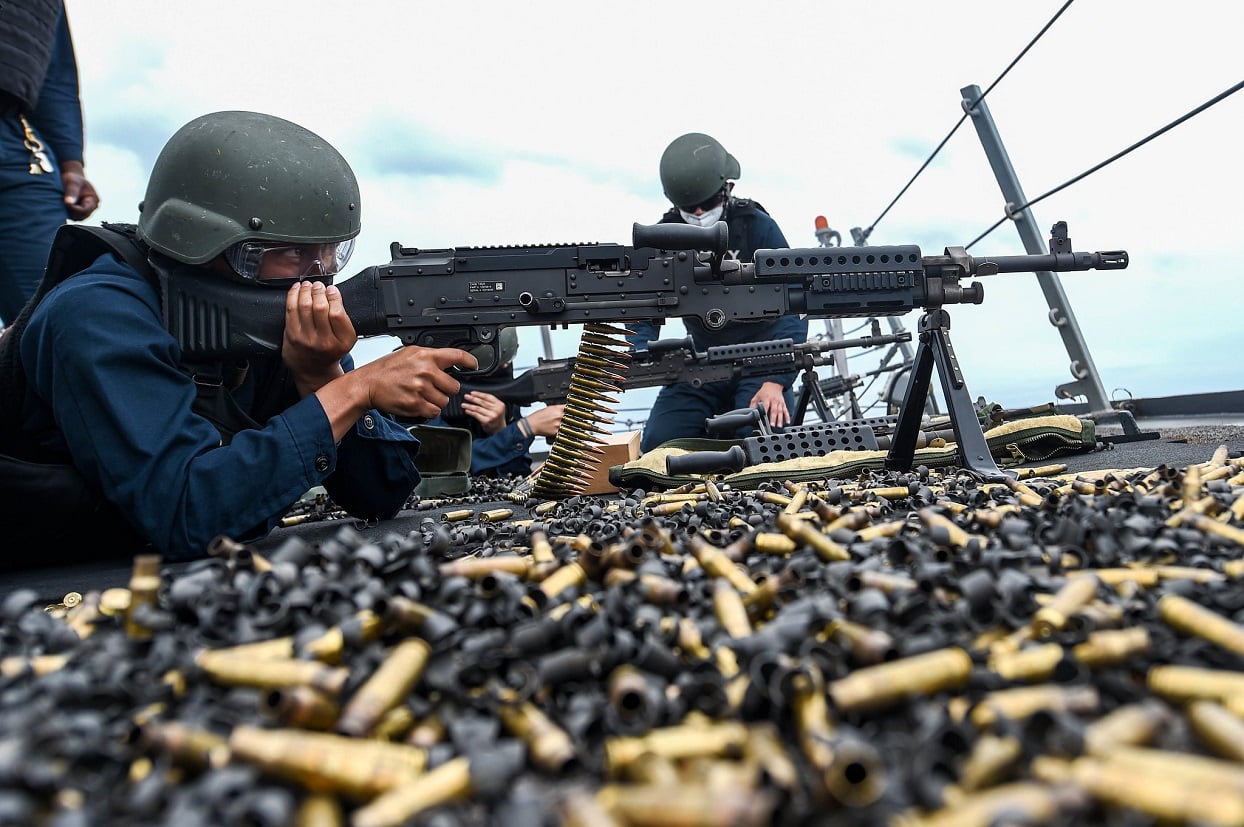 In a recent speech at the United States Naval Academy, Secretary Del Toro explained that he supports the Navy and Marine Corps efforts to counter China better.

“For the first time since the defeat of the Soviet Union, we have a strategic competitor with naval capabilities and capacities that rival and, in some areas, even surpass our own,” Del Toro explained in a speech delivered at the United States Naval Academy.

“It’s not just the ships and the weapons that concern me. It’s what Beijing does as it strives to achieve leverage over its competitors. It uses every advantage in a corrosive, extractive and dangerously irresponsible manner.”

The Commandant of the Marine Corps, Gen. David Berger, and the Chief of Naval Operations Admiral Michael Gilday concur.

Both branches are in the midst of significant transformational change, reequipping and reorganizing to provide credible deterrence against China in the Indo-Pacific.

The United States Marine Corps’ Force Design 2030 is a radical review of the Corps’ force posture, aimed at transforming the Corps from a force focused on the kinds of grinding land campaigns that defined the conflicts in the Middle East to an amphibious, highly autonomous force capable of engaging Chinese threats above and below the surface throughout the Pacific.

In addition to retooling, fielding a much-needed replacement for the Corps’ Cold War-era Assault Amphibious Vehicle, the Marines are radically rethinking how they fight, with the mantra if it doesn’t swim, it sinks. They’ve divested all tank battalions, as well as much of their artillery and tube mortars, concentrating instead on maritime capabilities.

One of the new systems they’ve prototyped is a potent, ship-killer, essentially a Joint Light Tactical Vehicle sans cab and equipped with the Navy’s new Naval Strike Missiles. The Corps has also exploited how Marines could hunt down enemy submarines below the waves, a mission that has traditionally fallen to the Navy.

The Marine Corps is also looking to field a Light Amphibious Warship, essentially a fast and lightly-armed shore-to-shore ship that can support groups of 75 to several hundred Marines.

A former Navy officer, Del Toro explained that “We [the U.S. Navy] have to fight on every front,” to the Midshipmen present at the Naval Academy. “On space, cyber, on land, on sea, under the sea, above the sea, everywhere. It takes all of those efforts collectively for us to be successful.”

Furthermore, Del Toro emphasized that “as long as I’m Secretary of the Navy, I’m going to make sure that we have the right investments in place” to ensure the Navy and the Marine Corps remain effective fighting forces.