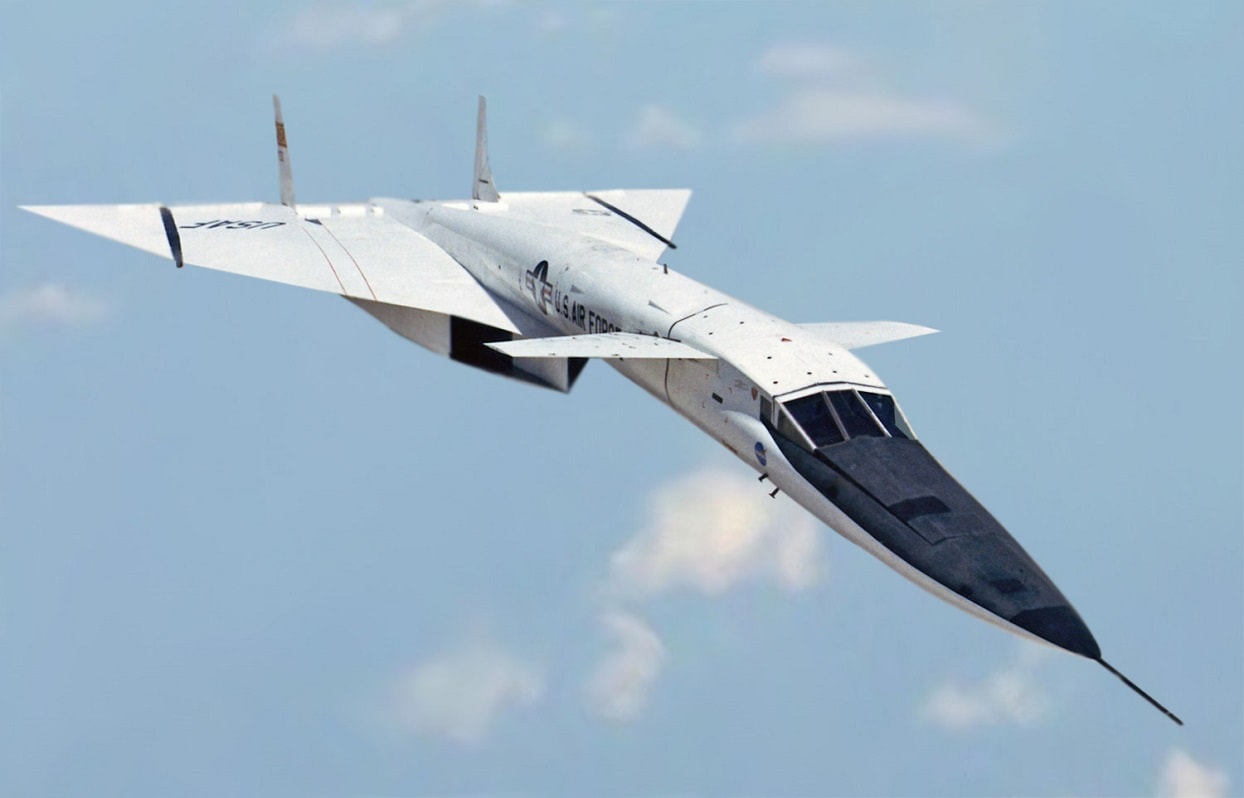 It was way back in the early 1960s when the U.S. Air Force developed the XB-70 Valkyrie—which was the largest and fastest bomber ever built.

However, the aircraft—nearly two hundred feet long, thirty-one feet tall at the tail, and with a maximum gross weight of five hundred twenty-one thousand pounds—was eventually deemed obsolete and shut down by next-generation enemy defense missiles and fast-rising costs to keep it afloat.

But in a last-ditch effort to save the plane, “the Air Force and contractor North American Aviation developed several alternate uses for the plane, including everything from launching intercontinental ballistic missiles (ICBMs) to space capsules,” according to defense and security writer Kyle Mizokami at Popular Mechanics.

There were also thoughts of transforming the XB-70 into a commercial aircraft that could rival the Anglo-French-built Concorde SST.

“The XB-70 was designed to fly high and fast, outracing enemy air defenses on the ground to hit targets across the Soviet Union. Unfortunately, advances in Soviet air defenses made the XB-70’s flight profile obsolete, while the Pentagon discovered the new, land-based ICBM could strike targets far more quickly and cheaply,” Mizokami writes.

“The XB-70 was also considered expensive, with each production bomber projected to cost an estimated $24.5 million, or $237 million today. The final production cost was significantly higher and likely sealed the Space Age bomber’s fate,” he continues.

In addition to the sky-high costs, the XB-70 was seen as a potential partner “with the very system that made it obsolete: the ballistic missile. The Valkyrie was envisioned as carrying one large Minuteman II ICBM in an internal weapons bay, or two smaller Skybolt missiles.”

This would surely offer improved flexibility for decision-makers during wartime, but, in the end, it wasn’t deemed practical to spend that amount of money to launch just one or two missiles.

Other ideas for the XB-70 were to transform it into a hypersonic launch aircraft or the first stage for a space-launching system.

“The Valkyrie could fly to altitudes of up to 72,000 feet, negating the need for any rocket-based system to fly that distance. Several proposals saw a smaller rocket, space plane, or other space-launch system mated to the former bomber,” Mizokami notes.

Finally, in regards to its commercial use, “the XB-70 could fit 80 passengers in airline-style seating, with the convenience of a ‘hot liquid buffet.’ Alternately, it could transport seventy-two medical patients, plus attending nurses. It was even pitched as a cargo transport, with a hinged cabin allowing the loading of cargo pallets. Needless to say, none of these ideas passed the cost-to-utility test, as the Valkyrie would’ve been the most expensive people-mover ever pressed into service.”