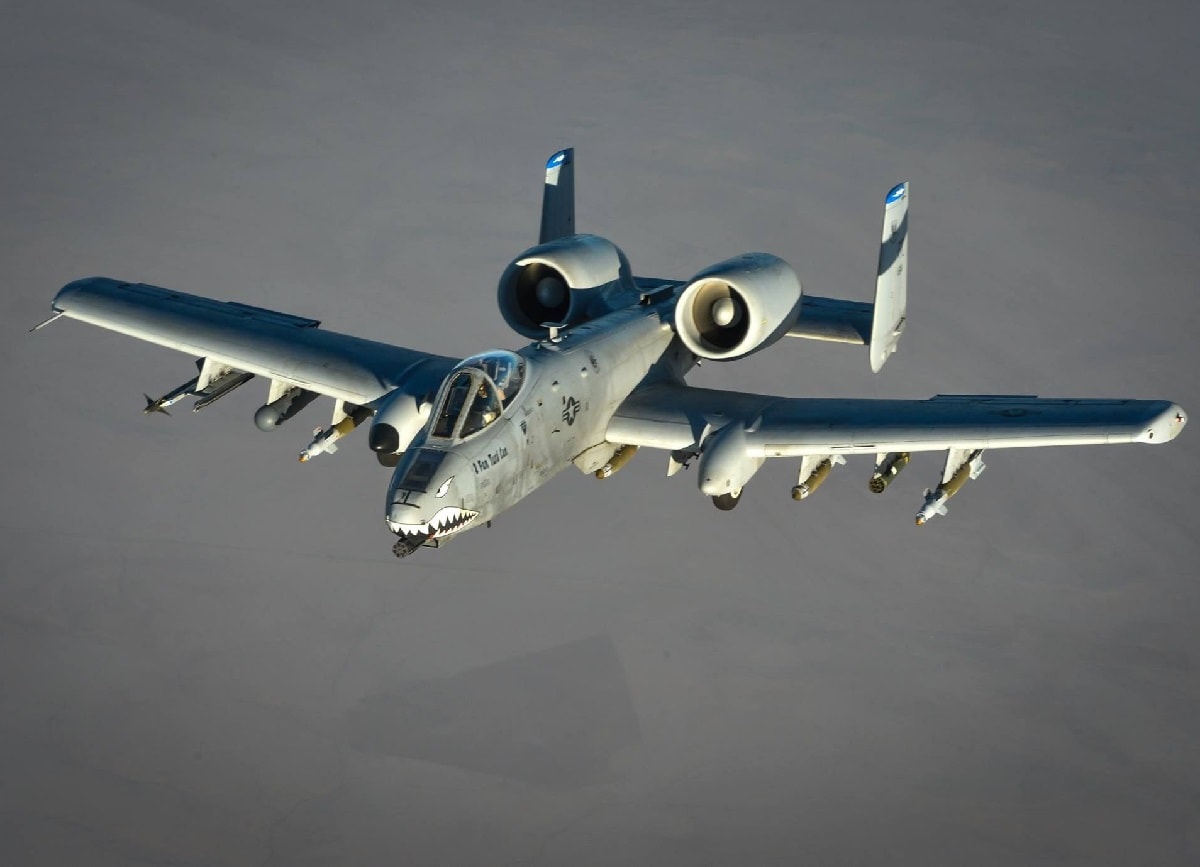 Affectionately called the A-10 Warthog for its highly aggressive appearance, the A-10 Thunderbolt II is known to be the U.S. Air Force’s go-to low-altitude close air support aircraft.

The beloved A-10 attack plane is perhaps best known for its six hundred twenty-pound GAU-8 Avenger 30mm gatling gun mounted on the nose. It boasts seven independent barrels with rotary-locking bolts that are mechanically actuated, and they are powered by a pair of hydraulic motors that can fire more than four thousand rounds per minute.

But what’s even more unique about this weapons setup on the A-10 is the type of ammunition used. General Electric originally developed the GAU-8’s 300mm shells concurrently with the basic gun design, but the military was eyeing something that was even more powerful.

In order to penetrate the armor of a main battle tank, the bullets needed a hard metal penetrator. The perfect material to tap into for this would be tungsten, but most of the globe’s supply of this rare metal was deemed to be located in China and Russia.

Due to these hurdles, an alternative was eventually discovered, which came in the form of depleted uranium—a byproduct of the enrichment of uranium for nuclear power reactors and still possesses roughly 60 percent of the radioactivity of naturally occurring uranium.

According to the War Zone, “the design of the PGU-14/B (depleted uranium cartridges) features an actual projectile with a solid depleted uranium penetrator sitting inside an aluminum jacket. A lightweight ‘windscreen’ that keeps the entire unit aerodynamically stable until it hits the target, at which point momentum carries it forward to break through armor and other barriers. In addition, DU (depleted uranium) is pyrophoric, meaning that it spontaneously ignites when it is exposed to normal air, giving the rounds a secondary incendiary effect without the need for any other filler material.”

It continues: “The ammunition can pierce through inches of rolled homogenous steel armor even at extended ranges of over one thousand yards away. The A-10 also has the benefit of being able to attack at steep angles or from a vehicle’s rear to focus fire on the typically less well-protected portions. Since they fly at a high velocity and do not rely on an explosive charge, rounds such as the PGU-14/B are less vulnerable to active protection systems, too.”

However, such ammunition has raised major safety concerns. According to Military.com, the average age of a PGU-14/B cartridge is more than thirty years old.

“In a fast firing system such as the GAU-8/A, which shoots around seventy round per second, if the primer and propellant detonate too slowly, it could damage the gun and the plane as a whole,” the War Zone writes.

In an effort to modernize its weapons, the Air Force was known to be open to purchasing rounds that don’t contain depleted uranium.

“There’s a lot of discussion of whether we’re going to use depleted uranium again, or the tungsten penetrator,” Bob DuPont, a member of the 780th Test Squadron at Eglin Air Force Base in Florida, told Military.com.

“We’re going to try to keep the weight the same, but it will have a less penetration capability because of the density of the material, DU being more dense than tungsten,” he added.