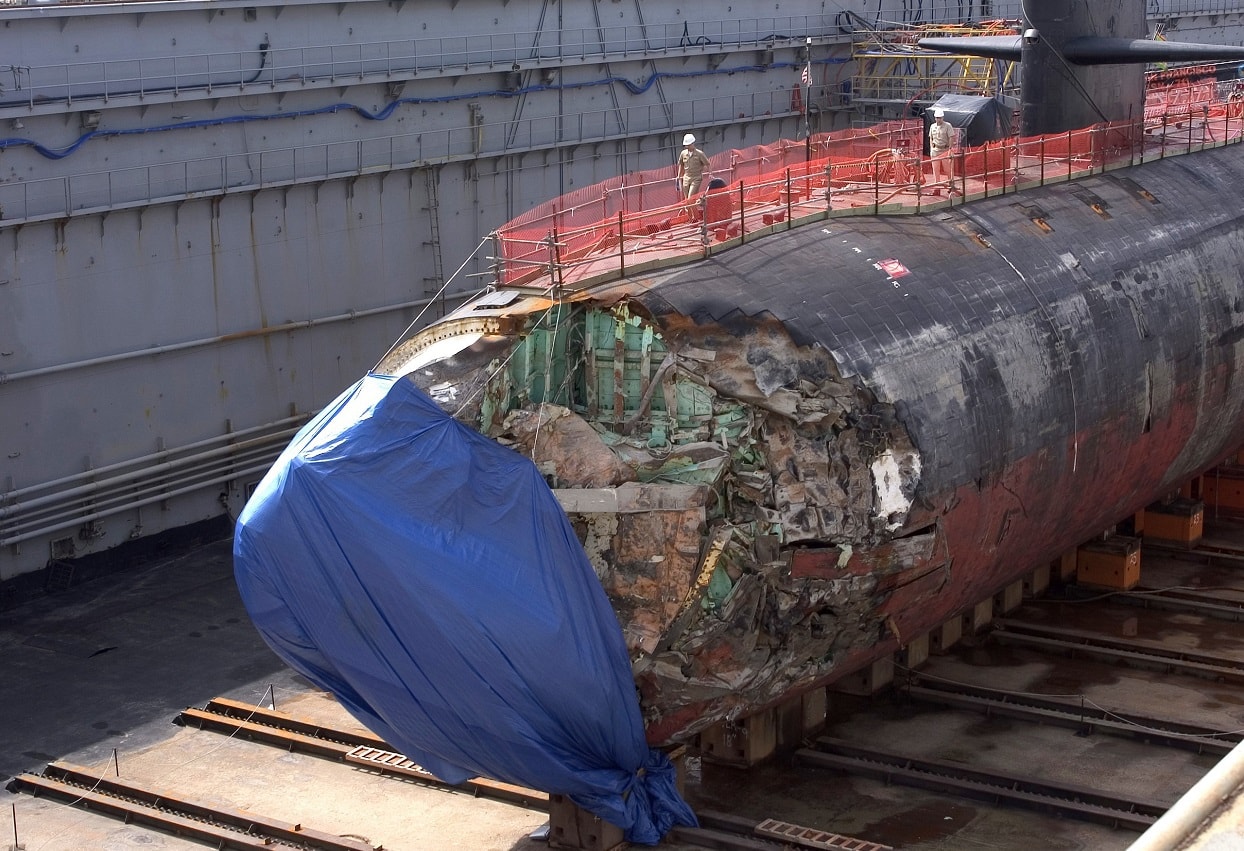 A nuclear submarine crash is a rare thing, and yet, it happened in one of the most dangerous undersea areas on earth. The U.S. Navy recently revealed that an American Seawolf-class nuclear submarine, the USS Connecticut, suffered a collision underwater in the South China Sea.

The USS Connecticut (SSN-22) suffered the accident on October 2, in the South China Sea.

“The Seawolf-class fast-attack submarine USS Connecticut (SSN-22) struck an object while submerged on the afternoon of Oct. 2, while operating in international waters in the Indo-Pacific region. The safety of the crew remains the Navy’s top priority. There are no life-threatening injuries,” Capt. Bill Clinton told USNI News. “The submarine remains in a safe and stable condition. USS Connecticut’s nuclear propulsion plant and spaces were not affected and remain fully operational. The extent of damage to the remainder of the submarine is being assessed. The U.S. Navy has not requested assistance. The incident will be investigated.”

The same outlet reported on October 12 that while China had alleged the U.S. had covered up the collision- but the Pentagon denies that.

“It’s an odd way of covering something up when you put out a press release about it,” John Kirby, the Department of Defense spokesman, said this week, per USNI. It has not, however, been announced what exactly the submarine collided with.

Meanwhile, The War Zone looked this week at how it’s possible for such expensive nuclear-powered submarines to still crash into objects. The site talked to the veteran sonar man Aaron Amick about why it happens.

“If a submarine is operating in an area where they suspect the presence of adversary submarines, they may choose to not use high-frequency active sonar to verify surrounding topography,” Amick said in the article “This, as described earlier, is because the sonar transmissions will give away their position if detected. This means the submarine relies on accelerometer dead-reckoning for the ship’s position.”

He also speculated on what may have happened earlier this month.

“This type of navigation has very small errors that compound over time. Eventually, the submarine can be out of position by hundreds of yards or more. The error grows with time until the next navigational fix,” he said. “There are ways to fix the submarine’s position that doesn’t involve sonar, but they don’t reveal what topography is hidden between soundings on a chart.”

He also said that that area is a particularly hazardous one.

“The risk of submarine collision in the South China Sea is more likely than in other areas of the world because it’s a very busy area for vessels of all types, including submarines. The increased activity makes passive sonar less effective. Submarines can, and will, hide in noisy areas to mask their passive broadband signature with background noise. The means two submarines may pass very close to each other, and neither will hear the other, if background noise is loud enough to mask both submarines.”