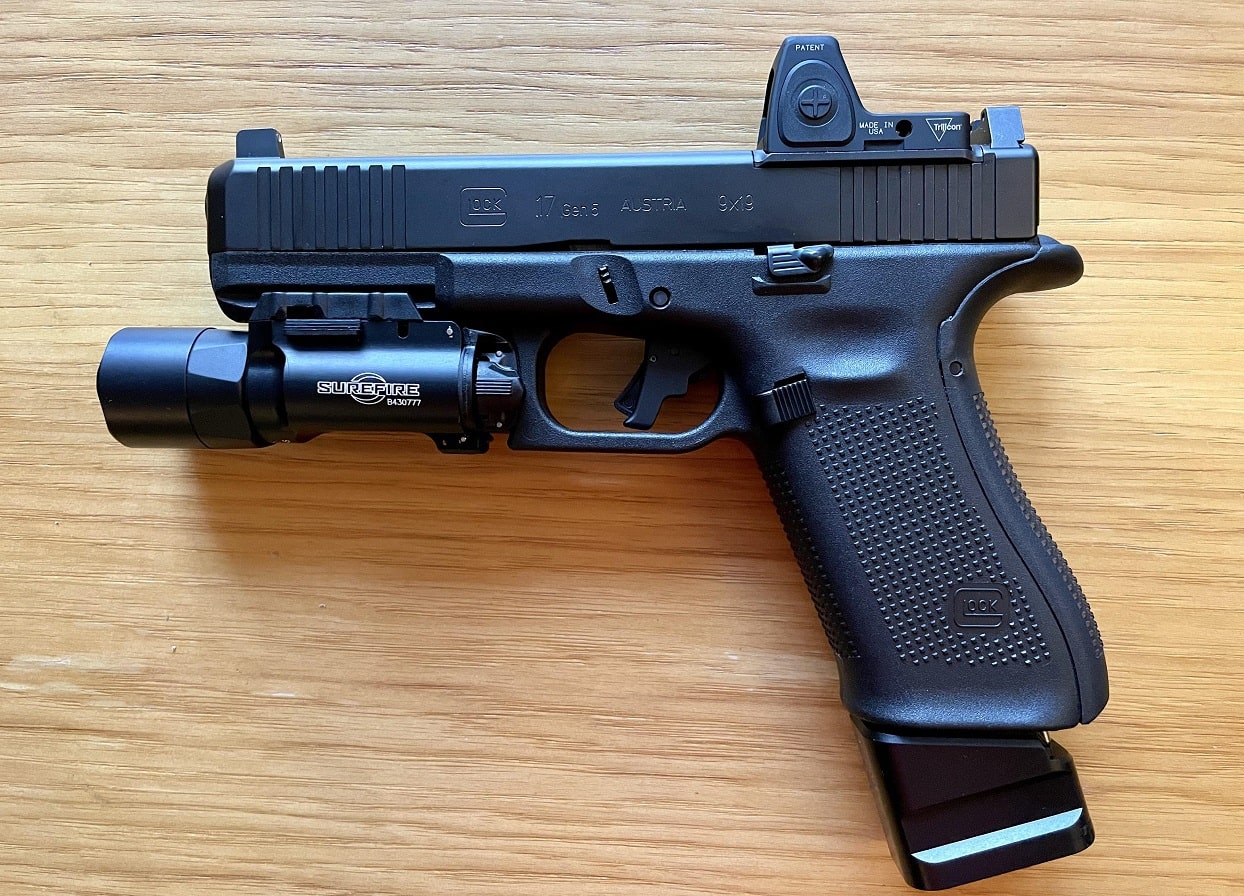 Handgun maker Glock advertises its pistols as the embodiment of perfection, and the Austrian-designed handguns have indeed attracted a fanatical following. One complaint about Glocks, however, is that their trigger pull is too light to be safe, causing accidental discharges. Is there any basis to this rumor?

The Glock 17 handgun was released in the United States in the early 1980s to almost universal acclaim. The new pistol, which made considerable use of polymers to achieve a lighter carry weight, included a number of new or previously obscure features, including a striker-fired operating system. Although not new, the striker-fired system went up against the more traditional hammer-fired system that was then typical of many handguns on the American market.

In striker-fired pistols, the pulling back of the handgun slide half-cocks the weapon, a process that is completed when the trigger is pulled. Pulling the trigger disengages three different safeties, each of which is designed to stop an accidental discharge that doesn’t involve a finger on the trigger.  One of the last actions activated by the pull of the trigger is the release of the firing pin lug, which is then struck by the striker. This striking force finally impacts the primer, setting off a chain reaction that ends with a bullet exiting the barrel of the gun.

Glock calls the striker-fired system its “Safe Action” operating system, and there is a lot of truth to that. A Glock can only be fired if the trigger is depressed, meaning accidental falls from holsters and other objects to the ground cannot, for example, cause a hammer to fly forward and impact the primer. Without human interaction, the three safeties, including the trigger safety, will prevent the handgun from firing.

One major benefit of the striker-fired system is the relatively light trigger pull compared to other handgun operating systems. All full-sized and compact Glocks have a trigger pull measuring approximately twenty-four newtons, or 5.39 pounds, versus twenty-eight newtons of force, or 6.29 pounds of force for smaller, concealed carry Glock handguns. This level of force is not uncommon, however, as out of the box, a 1911A1-type pistol has a trigger pull between 4.5 and 6.1 pounds.

Other handguns, particularly double-action handguns, have much heavier trigger pulls. The Beretta 92, for decades the official handgun of the U.S. military, has an initial trigger pull of thirteen pounds as the trigger goes through the various steps to cause the hammer to fall, then a lighter five-pound pull for subsequent shots.

While many handguns have much heavier trigger pulls, it’s clear that others have precisely the same trigger pull weight as a Glock, and have for decades. It seems likely that the “light trigger pull” of the Glock is more likely due to a combination of factors, including operator error and the design of the gun itself.

Under normal circumstances in which a “light trigger” may prove a problem, the only reason a handgun would go off is if the trigger is pulled. New Glock owners used to the heavier triggers of double action handguns could find themselves applying more pressure to the handgun than needed, causing the gun to go off prematurely. This, however, is a training flaw and not a design flaw.

Glock handguns may have “light” triggers, but historically they are no lighter than other commonly owned handguns. Ultimately, the handgun operator is the only one that can make his or her handgun fire, and it falls to the Glock owner to operate their weapon in a safe manner and learn the ins and outs of his or her firearm. Handguns may be about freedom, but they are also about responsibility.