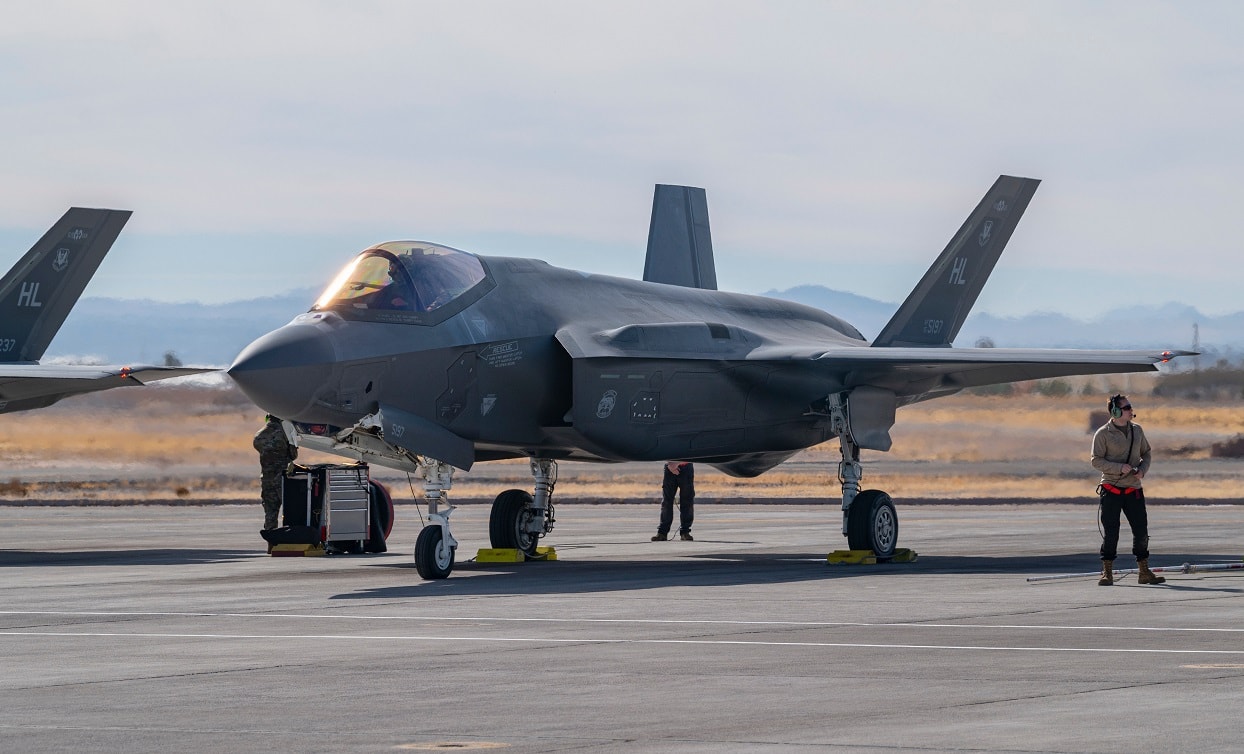 An F-35A Lightning II fighter jet assigned to the 34th Fighter Squadron, Hill Air Force Base, Utah, prepares to taxi out for a mission during Red Flag 21-1, at Nellis Air Force Base, Nevada, Feb. 3, 2021. With its advanced avionics, the F-35A will provide next-generation stealth, enhanced situational awareness and reduced vulnerability for the United States and allied nations.

The famed Lockheed Martin F-35 stealth fighter is often considered to be the most lethal and versatile combat aircraft of the modern era. And for good reasons.

And in an effort to properly gauge exactly how deadly this plane can be, the F-35A was put through the intense Red Flag exercise back in 2017.

“While the overall goal of a Red Flag exercise is to practice how aircraft can operate with other aircraft in the same battlespace, the F-35 did score a kill-death ratio better than fifteen to one,” Air Force Magazine writes.

The F-35s dropped twenty-seven inert weapons, with twenty-five of them registering direct hits on the enemy.

“(It was) the first F-35A deployment to Red Flag since the Air Force declared the jet combat ready in August 2016,” it continues, adding that the success now sets the stage for future large-scale exercises and coming deployments.

Rates ‘Enviable for Any Fleet’

Throughout the grueling two-week-long exercise, “F-35s flew at a mission capable rate of more than 90 percent and no specific maintenance issue arose,” according to the magazine, citing First Lt. Devin Ferguson, with the 388th Aircraft Maintenance Squadron.

“The kind of rates (that) were turned in are enviable for any fleet,” said Col. David Lyons, commander of the 388th Fighter Wing, per Air Force Magazine.

He also mentioned that the high capability of the F-35 is comparable or better than other squadrons that are currently in service.

Lt. Col. George Watkins, commander of the 34th Fighter Squadron, witnessed firsthand that the F-35 pilots were able to increase their situational awareness. During the debriefings, young pilots immediately “talked about how much situational awareness they had” in a threatening environment, which included a “god’s eye view” of the battlespace.

“Situational awareness is king,” Lyons added. “Everybody’s SA is improved when the F-35 is on the battlefield.”

The magazine noted that by tapping into “data links and sensor fusion, the F-35s were able to quarterback legacy aircraft such as F-16s in large-scale missions. The jet’s enhanced radar, and ability to communicate with legacy aircraft via the Link 16 system, proved valuable during the exercise.”

The Red Flag exercise at Nellis AFB, Nevada, had the participation of thirteen fighters from the 388th Fighter Wing and Reserve 419th Fighter Wing from Hill AFB, Utah. Those jets flew alongside F-22s, B-1Bs, F-15s, F-16s, in addition to international fighter aircraft such as Eurofighters.