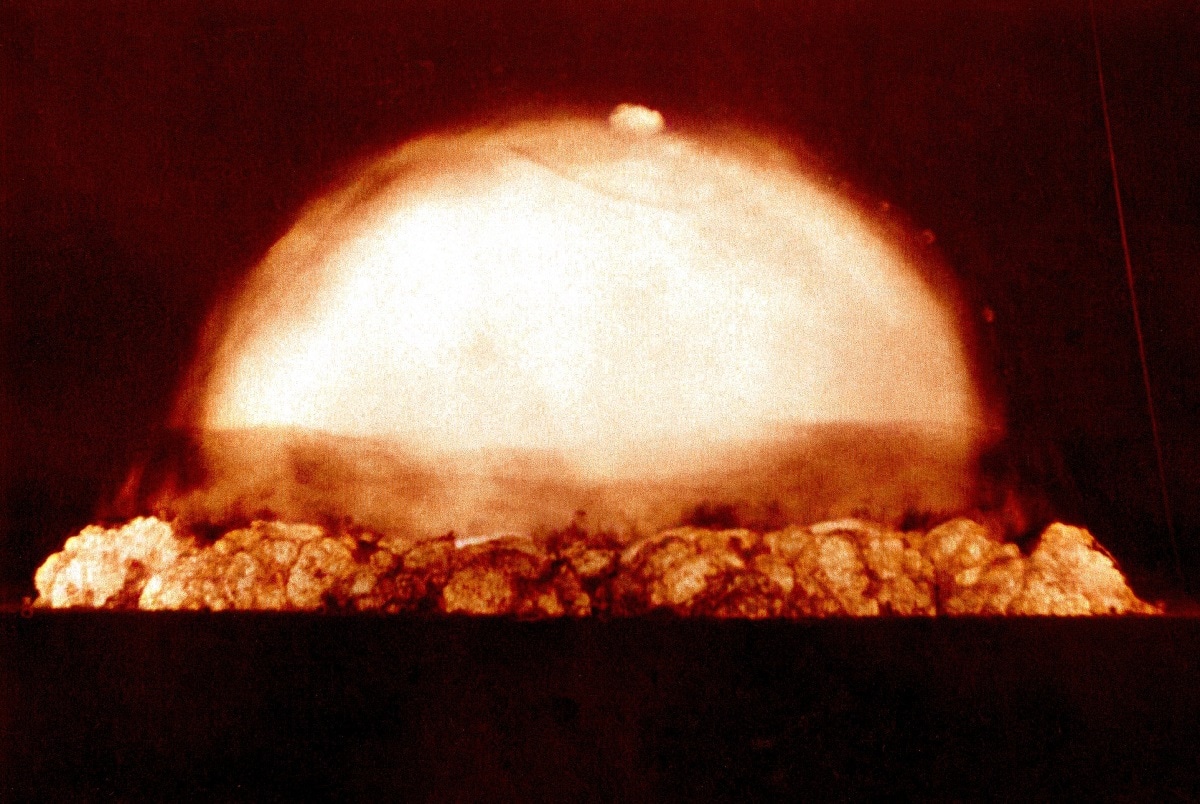 Or, perhaps even scarier, backpack nuclear weapons: Tactical nuclear weapons — compacts, small-yield atomic bombs that are not necessarily designed to be rained down on cities from bomber aircraft, nor delivered via Inter-Continental Ballistic Missiles, but could be an artillery shell, a nuclear torpedo, landmine, or other small and easily transportable devices.

One of these tactical nuclear devices is the so-called “backpack” or “suitcase nuke” — essentially a nuclear device so small, it could be transported in a backpack or in a person’s luggage.

In the early days of the Cold War, both the United States and the Soviet Union were able to envision warfare in which the limited use of nuclear weapons would take place.

In some of these limited use scenarios, small-yield nuclear weapons could be used to prevent the enemy from using certain areas of the battlefield, or for taking out high-value targets or persons with one large explosive device, or for causing the collapse of a mountain to shape the battlefield landscape — with a tactical nuclear bomb.

Such devices had to be easily transportable, not over 100 pounds, and ideally even less. In the United States, specially trained “Green Light Troops” were among the U.S. Army’s most highly trained troops. These Cold War soldiers were equipped with nuclear bombs small enough to fit into backpacks, the B-54 Special Atomic Demolition Munition (SADM), which entered the U.S. arsenal int the mid-1960s.

The B-54 “stood 18 inches tall, encased in an aluminum and fiberglass frame. It rounded to a bullet shape on one end and had a 12-inch- diameter control panel on the other. According to an Army manual, “the weapon’s maximum explosive yield was less than 1 kiloton — that is, the equivalent of a thousand tons of TNT. To protect the bomb from unauthorized use, the SADM’s control panel was sealed by a cover plate secured by a combination lock. Glow-in-the-dark paint applied to the lock allowed troops to unlock the bomb at night.”

In the event of a war with the Soviet Union, the Green Light Teams could deploy from a NATO to a Warsaw Pact country in order to slow an attack from Soviet forces by destroying supply depots or communication centers. There was apparently also a plan to place portable nuclear devices near command centers or other fortified positions “to destroy critical field command and communications installations.”

In 1997, a former Soviet general, Alexander I. Lebed, gave an interview to 60 Minutes in which he contended that the Soviet Union had created around 250 suitcase-sized portable nuclear weapons, similar to the United States’ B-54. Quite shockingly, Lebed said that 100 of the Soviet stockpile were missing and unaccounted for.

True or not, the assertion was taken seriously by the United States. In October 1999, “the Military Research Subcommittee of the House Armed Services Committee heard testimony about the possibility that the former Soviet Union prepositioned man-portable nuclear weapons on the territory of the United States.”

Were there — or are there — nukes on the loose in the United States? Hopefully not.