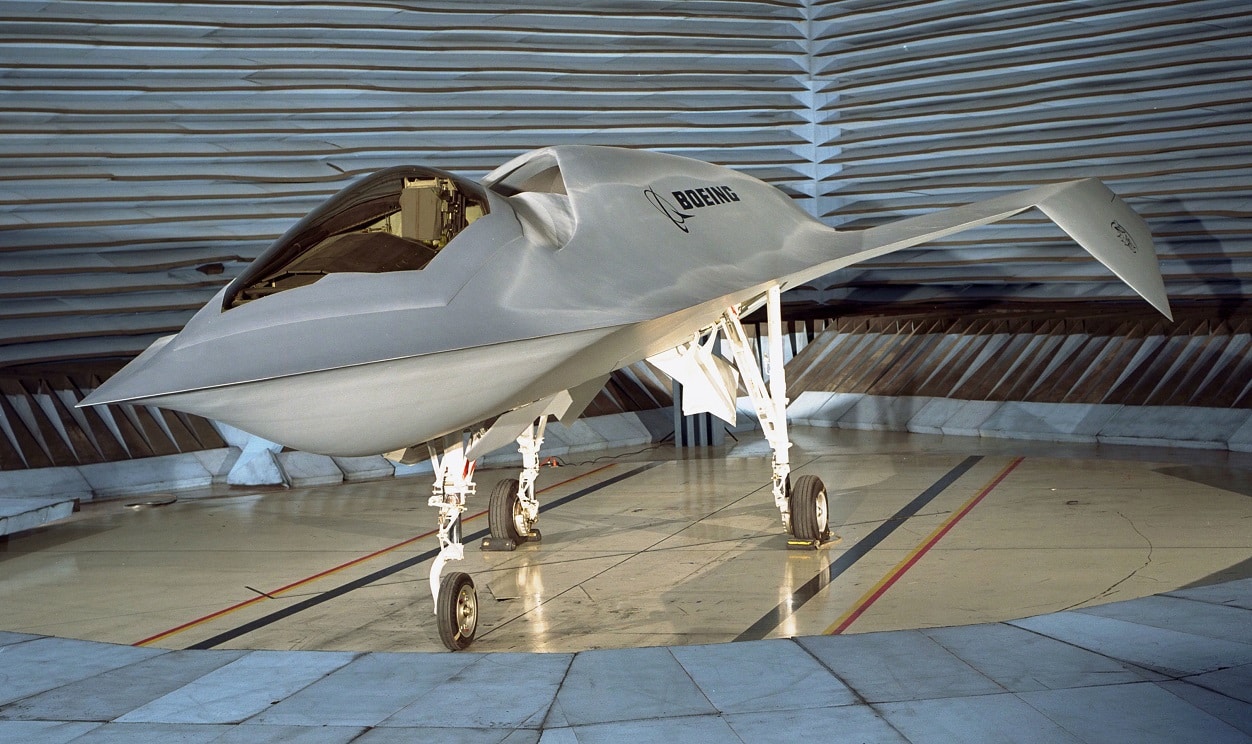 Boeing’s Bird of Prey, A Short History: Since the end of the Second World War, the United States military has used the “X designator” to denote an experimental aircraft. It was based on a system used by the United States Air Force between 1948 and 1962, which replaced the older systems employed by the U.S. Navy and U.S. Army. It was adopted by the Department of Defense (DoD) as the current designation system for most experimental U.S. military aircraft or “special research” in 1962.

Yet, not every experimental platform received the actual X designator.

One notable example is the Boeing Bird of Prey, which developed as a black project aircraft, intended to be a stealth technology demonstrator, by McDonnell Douglas and Boeing in the early 1990s. Compared to many other projects, the program was actually rather low cost, with Boeing investing $67 million.

The secret Bird of Prey project began at the McDonnell Douglas Phantom Works (today Boeing Phantom Works) in 1992 – and instead of an actual designator, the team dubbed the aircraft “Bird of Prey,” due to its resemblance to the fictional Klingon Bird of Prey starship from the Star Trek franchise.

The goal of the project was never actually to produce a viable fighter, but the bird was developed to test the ways to make an aircraft less observable to radar as well as the eye.

The program essentially validated the efforts to design and build an aircraft utilizing a large single-piece composite structure, as well as “virtual reality” computerized design and assembly and even disposable tooling. It successfully demonstrated many now-common advanced stealth concepts, including the use of “gapless” control surfaces that could blend smoothly over the wings to reduce radar visibility, along with an engine intake that is completely shielded from the front.

To keep the costs down and to speed the production, the Bird of Prey still relied on “off-the-shelf” technology including manual hydraulic controls rather than the weight-saving fly-by-wire (FBW). It also employed an all-manual control system with no computer assists, while its landing gear was adapted from Beech King Air and Queen Air aircraft. It was also powered by a single Pratt & Whitney JT15D-5C turbofan that provided 3,190 pounds of thrust and had a maximum speed of 300 miles per hour, and a ceiling of 20,000 feet.

The project only ran from 1992 to 1999, but it is notable that it took its first flight in 1996 – after just three and a half years of development. It was tested at the top secret “Area 51” in Nevada, and made a total of 38 flights – no doubt seeming to be alien technology to any lucky observers.

The aircraft made its final flight in 1999 and it was declassified three years later when its design techniques had become standard practice. Boeing then utilized those techniques in the development of X-32 Joint Strike Fighter demonstrators as well as in its X-45A Unmanned Combat Air Vehicle prototype.

The aircraft, which had been given the designation “YF-118G” as a cover, was finally made public on October 18, 2002, the same year Boeing donated the sole prototype to the National Museum of the United States Air Force at Wright Patterson Air Force Base (AFB), Dayton, Ohio.