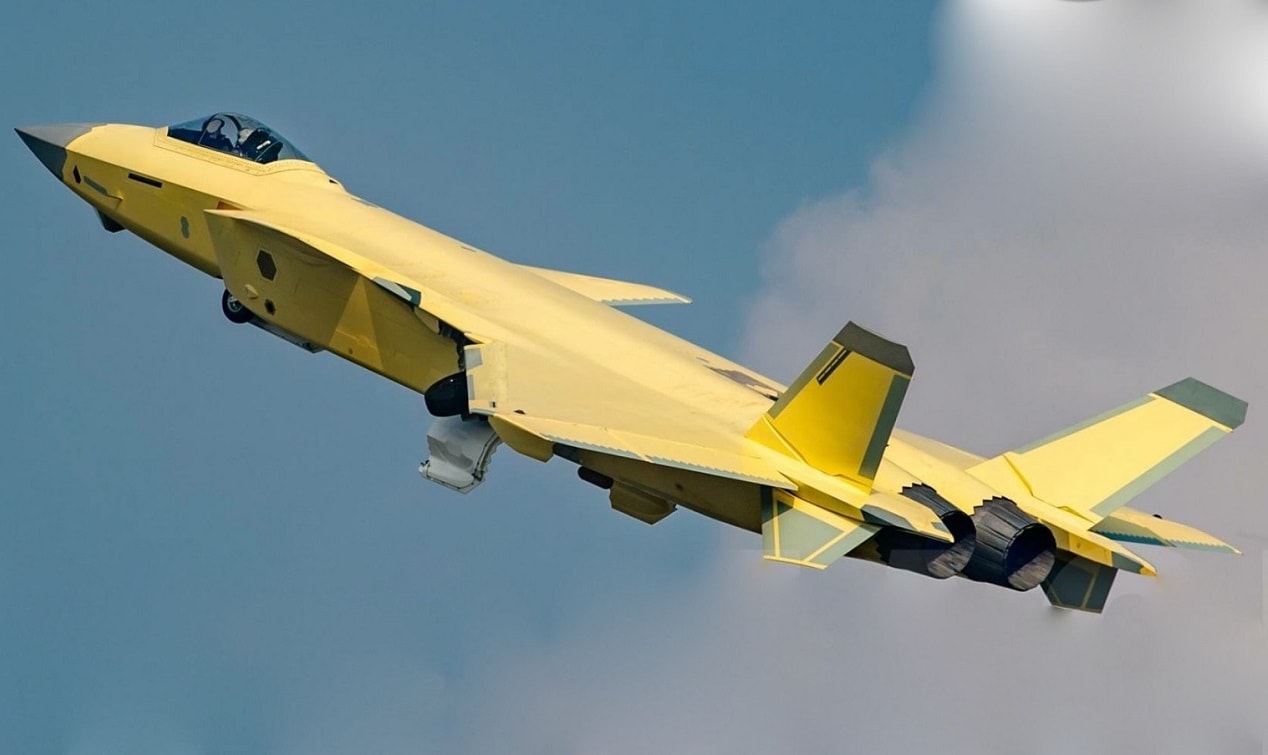 China’s J-20 Stealth Fighter, Built with Stolen US Technology? It is a widely known fact that China is engaging in an ambitious effort to close the gap with the United States’ much-vaunted F-22 and F-35 fighter jets. And to make that goal eventually become reality, China’s military appears to be heavily relying on the J-20—also nicknamed the “Mighty Dragon”—a heavy twin-engine, single-seat, low observability, multi-role jet.

There’s no question that the J-20 is a feared fighter in its own right, but what has continued to be a thorn on the side of the aircraft is that some experts say that it was developed with stolen technology from the United States.

Back in 2019, Asia Times reported that “for instance, the sensor system on the J-20, which is visible on the fuselage in some high-resolution photos handed out by the Chinese military, looks ‘awfully similar’ to the Lockheed Martin Electro-Optical Targeting System on the front of the F-35 Lighting II.”

Then “in 2007, Lockheed Martin reportedly found Chinese hackers stealing technical documents related to the F-35 program, a serious online security breach revealed by Edward Snowden, a CIA operative-turned-traitor who fled to Hong Kong and then Russia in 2013. A similar theft occurred again in 2017, when Chinese hackers allegedly went after Australian F-35 defense contractors, getting even more info on the cutting-edge fighter,” it continued.

Furthermore, the sensor systems on the two countries’ fighters “share some similarities in shape and placement and differ substantially from those mounted on Russia’s Su-57, despite the fact that the J-20 is most likely powered by the same two AL-31F hypersonic engines that propel the Russian fighter. Also, parts of the design of the J-20 appear to mimic the F-22 and its stealthy curves, even though the J-20 lacks all-aspect stealth and may be tracked by some advanced radars,” the paper added.

According to ABC News, it appears that China is still tapping into covert techniques to get its hands on next-generation military technology. The Pentagon, for years, has reported that the country has been “leapfrogging” the development phases of complex weapons systems.

“China uses various means to get these technologies including the use of influence operations against individuals, businesses, media organizations, academic institutions and other communities,” the news outlet writes.

A government report from 2019 acknowledged that China is utilizing an array of tools to gain access to military technologies—including “targeted foreign direct investment, cyber theft, and exploitation of private Chinese nationals access to these technologies, as well as harnessing its intelligence services, computer intrusions, and other illicit approaches.”