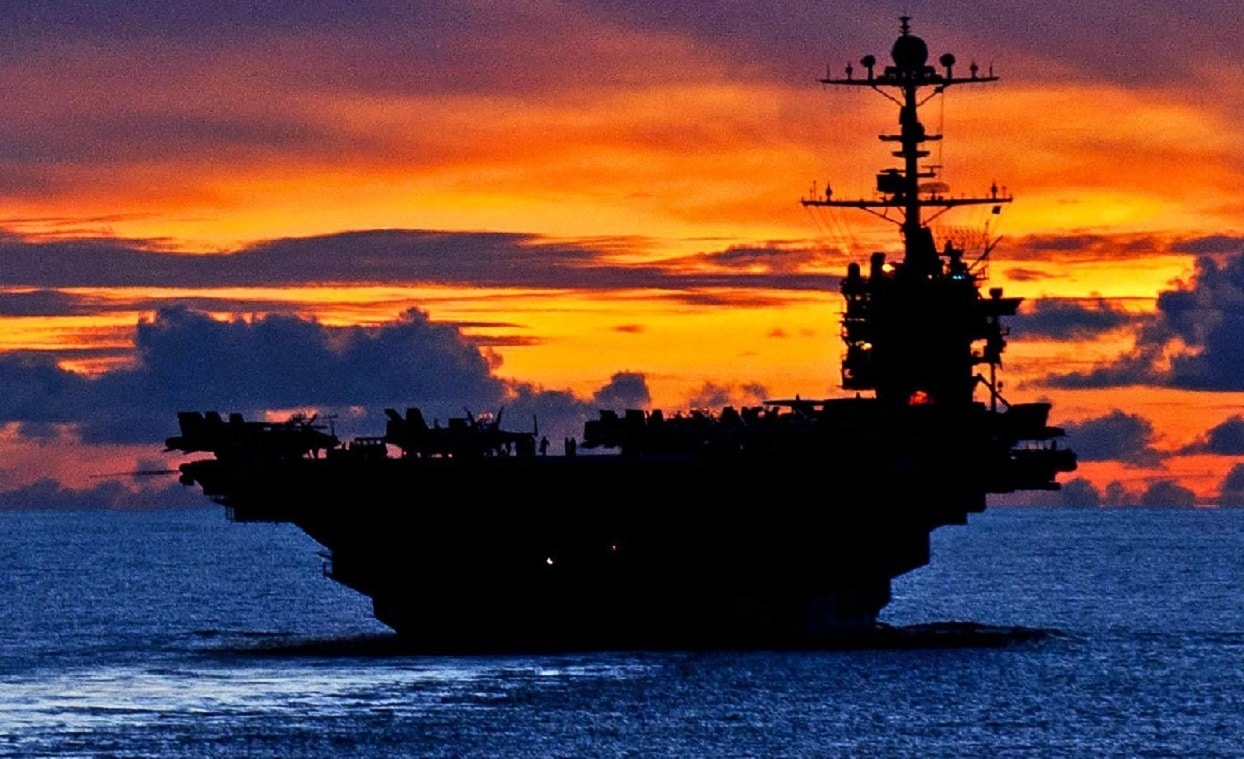 Russia’s aircraft carrier Admiral Kuznetsov always has been difficult to label—as it has been designated, in many instances, as a heavy aircraft-carrying missile cruiser instead of as a conventional aircraft carrier.

According to Tyler Rogoway at the War Zone, the “Kuznetsov is equipped with no less than 24 rotary-style vertical launch systems, with eight missile cells each. These fire the SA-N-9 ‘Gauntlet’ point air defense missile, and a whopping one hundred ninety-two of these missiles are carried in all. In addition, the ship bristles with a virtual wall off close-in weapon systems (CIWS), including six AK-630 cannons and no less than eight (notoriously formidable) Kashtan missile/cannon CIWS systems. The ship even sports its own anti-submarine defenses with a pair of UDAV-1 anti-submarine/anti-torpedo rocket systems.”

Such weaponry is indeed impressive, but could the Admiral Kuznetsov really take down a U.S. Navy Nimitz-Class aircraft carrier?

Then there is even more firepower on the way.

“The Nimitz-Class aircraft carrier’s airwing will peel back the SU-33’s and MiG-29’s. The Growlers will then work on electronically disabling Kuznetsov’s fire-control ability (missile guidance). They will do with jamming and decoying, then they will hit Kuznetsov with AARGM anti-radiation missiles,” he writes.

“Following more slowly behind will be the subsonic anti-ship missiles coming from the Super Hornets. Forty-eight Rhino’s in the Airwing, many of them will have either SLAM-ER or LRASM. Kuznetsov probably already expended a fair amount of missile trying to shoot down AARGM’s and Decoys from the Growlers. Kuznetsov will not have much fire-control ability either way. The Nimitz-Class aircraft carrier’s airwing can easily send fifty or so SLAM-ER’s and LRASM’s. It won’t take even half that to put Kuznetsov permanently out of action. Once its disabled and unable to fight, the coup de grace would probably come from two-thousand-pound laser-guided bombs,” he concludes.