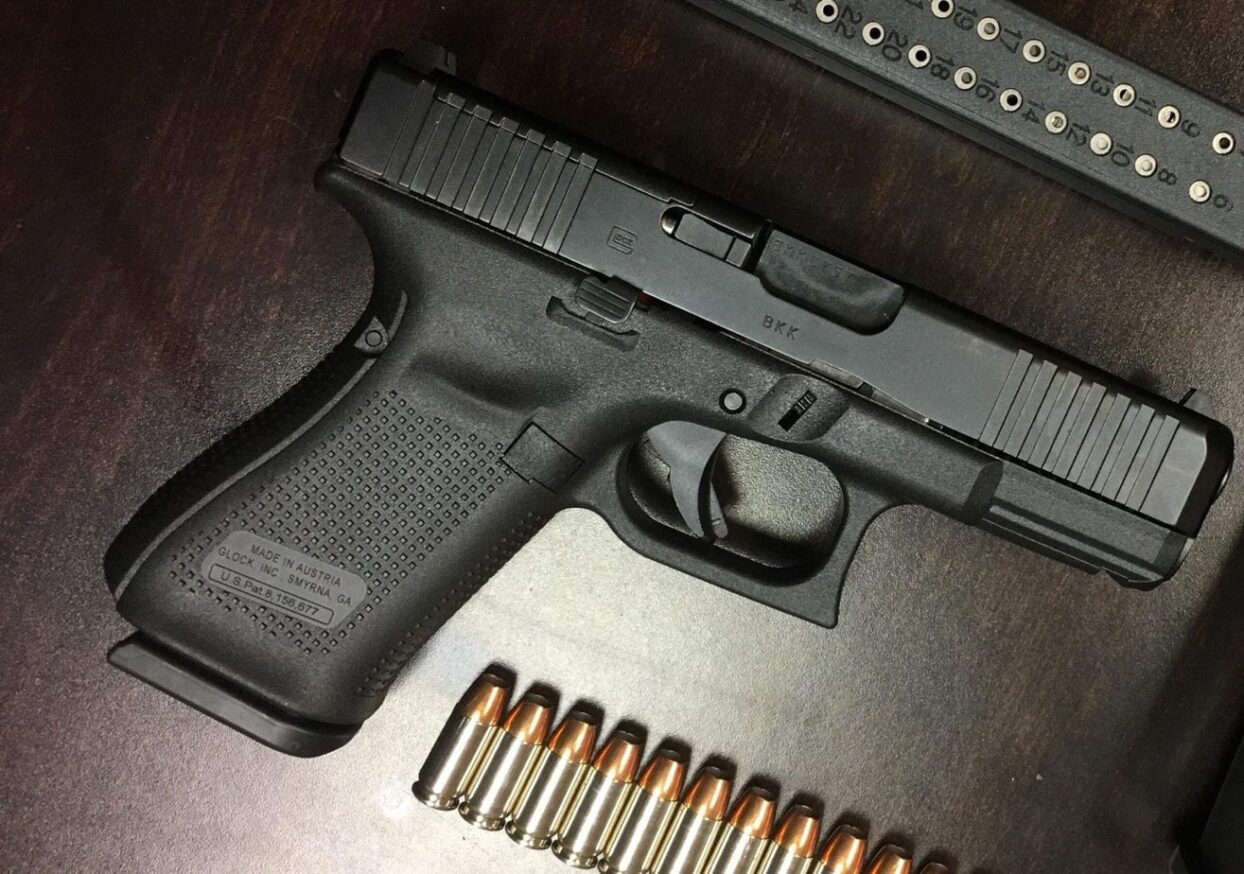 The US Navy’s SEALs and the Glock 19, a Short History: Why the Glock 19? Modern polymer materials combined with more consistent action and superior corrosion resistance simply performed better than SIG’s all-metal design.

After the United States military shifted away from the iconic albeit somewhat aged M1911A1 to the more modern Beretta M9 in 1985, Navy SEALs decided to go in a different direction, opting to carry the SIG Sauer P226, which was dubbed Mk 25 in SEAL service.

One of the reasons U.S. Navy SEALs chose SIG’s pistol over Beretta’s was due to several malfunctions SEAL shooters experienced during training. Though the design shortcomings responsible for M9 malfunctions were subsequently fixed, the damage was done: the SEALs would adopt a sidearm no other branch had adopted: a SIG Sauer pistol.

And SIG’s design is a solid choice. A relatively high 15-round capacity magazine combined with an under-barrel accessory rail on a highly reliable platform. And, in addition to the full-size P226 design, SEALs were also able to field a compact version of the P226, the P229, which offered SIG’s reliability on a smaller, lighter platform.

Although the SIG P226 served the Navy SEALs for several decades, by the mid-2010s, updated and superior pistol technology had already hit the market.

In particular, polymer-framed pistols provided a lighter sidearm platform when compared to heavier, all-metallic pistol designs. In addition, polymer-framed pistols could offer superior corrosion resistance. And although this particular aspect is an obvious advantage to all service members regardless of what environment they operate in, it is a particular advantage to U.S. Navy SEALs, given their close affinity for aquatic operations in corrosive saltwater.

In 2015, the U.S. Navy decided that the advantages offered by polymer designs were worth the switch. The chosen design? The Glock 19 pistol.

In addition to the weight and corrosion advantage offered by Glock’s polymer frame design, Glock’s design is striker-fired, as opposed to SIG’s hammer-fired design. Put simply, SIG’s design relies on an external hammer striking the pistol’s firing pin to ignite a cartridge’s primer. Once cocked, pulling the trigger releases the hammer, which hits the firing pin, which detonates the cartridge primer, causing the pistol to fire and the slide to move back, recocking the hammer rearward.

In contrast, Glock’s striker-fired design relies on an internal spring to release the firing pin when the trigger is pulled. Once the cartridge primer is struck, the pistol fires, causing the slide to move rearward, recocking the striker spring. The striker fire design offers a lighter, more consistent trigger pull when compared to hammer-fired designs.