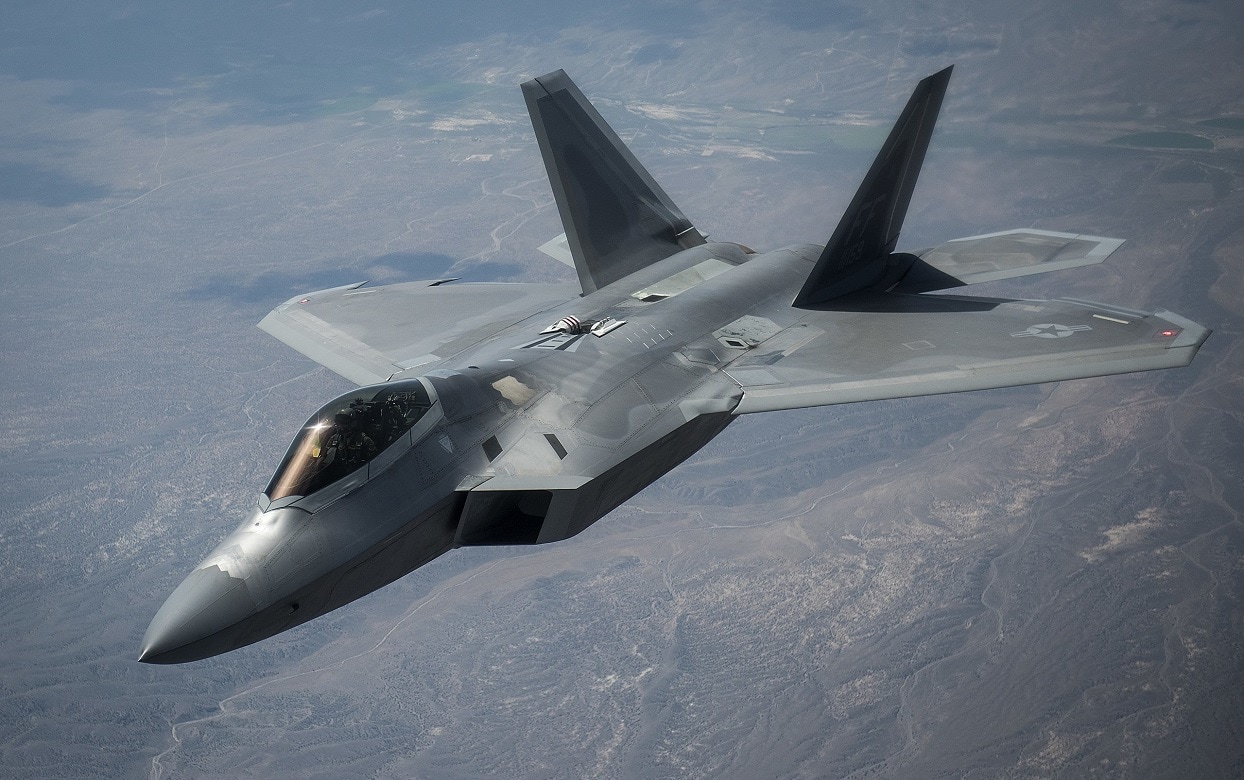 The much-vaunted F-22 Raptor—a single-seat, twin-engine, all-weather stealth tactical aircraft—long has been considered to be one of the most formidable fighter jets the world has ever seen.

According to EurAsian Times, this fighter “combines a revolutionary leap in technology and capability with reduced support requirements and maintenance costs. … The aircraft’s super-cruise, along with its stealth, integrated avionics, and maneuverability gives its pilots a ‘first-look, first-shot, first-kill’ ability against enemy aircraft.”

The jet “not only has an inherent precision ground-attack capability but can also carry existing and planned short and medium-range air-to-air missiles in its internal bays. The F-22 also comes with an internal twenty-mm cannon and provisions for carrying precision ground attack weapons.”

The Raptor surely sounds invincible, but according to defense writer David Axe at WIRED, it was way back in 2006 when “F-22s from the 27th Fighter Squadron shot down one hundred forty-four ‘enemy’ F-15s and F/A-18s in mock dogfights. Still flush from that victory, the 27th headed to Okinawa in February and its sister 94th Fighter Squadron simultaneously deployed to Nellis Air force Base, Nevada, for the new stealth jets’ first Red Flag exercise. While the 27th was sweeping the skies clear of Air Force F-15s and 1960s-era Japanese F-4s, the 94th ran headlong into the F-16s of the 64th Aggressor Squadron and suffered its first simulated shoot-down.”

Per the magazine, Lt. Col. Dirk Smith was quoted as saying that “at least half of the 94th FS crews had less than fifty hours in the F-22 and no matter how magical the F-22, any pilot can make a mistake. The beauty of Red Flag is that we were able to go out and practice our tactics in a challenging scenario, make a mistake, learn a lesson, and be that much better prepared for actual combat.”

“While remarkable in its own stead, in comparison to the Raptor, this French warplane doesn’t appear to be as impressive. It is a versatile ‘omnirole’ fighter that can perform all kinds of missions and carry a very wide variety of weapons,” wrote the EurAsian Times.

“However, it can only reach a speed of 2 Mach, slower than the Raptor’s top speed of 2.25 Mach. The F-22’s rate of climb, maneuverability as well as avionics outpace those of the French jet,” it continued.