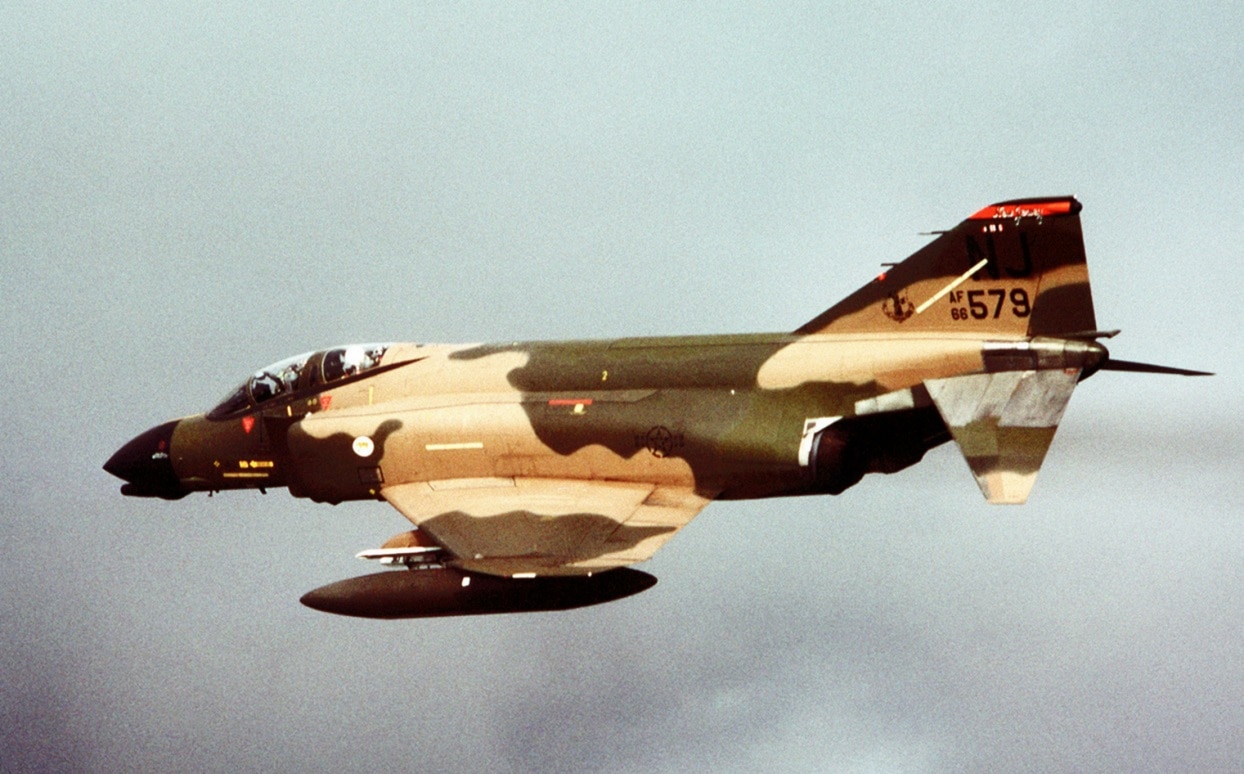 It was surely an understatement to say that much was expected when McDonnell Aircraft first delivered the F-4 Phantom II—a tandem two-seat, twin-engine, long-range supersonic jet interceptor and fighter bomber—to the U.S. military in the 1960s.

According to defense writer Dario Leone at the Aviation Geek Club, “no fewer than eleven U.S. Marine Corps squadrons flew versions of the F-4 Phantom II in Southeast Asia from May 1965 through to early 1973. Although one deployment was from an aircraft carrier, and included a successful MiG engagement, most missions were flown from land bases at Da Nang and Chu Lai, in South Vietnam, and Nom Phong, in Thailand.”

Leone also pointed out the facts laid out by Peter E. Davies in his book, U.S. Marine Corps F-4 Phantom II Units of the Vietnam War.

“Rather than the air-to-air missiles that were the main component in the original F-4 armament, these aircraft carried an ever-expanding range of weaponry. Some toted twenty-four thousand five hundred-pound bombs and others strafed with up to three twenty-mm gun pods, while most flew daily sorties delivering Snakeye bombs, big Zuni rockets and napalm,” he writes.

However, therein lies the big problem—those sometimes sensitive napalm canisters. “On February 8, 1970, during a typical low-altitude napalm delivery, Maj. J.B. Leonard and First Lt. J. C. Coon of VMFA-314 hit North Vietnamese Army troops near Duc Pho, close to Route 1A and forty miles southeast of Chu Lai. During one pass a napalm canister under the jet’s port wing suddenly started to burn, possibly because of a hit on its magnesium igniter by the 0.50-cal AAA batteries or small-arms fire in the area,” Leone writes.

“When the port wing of the crew’s F-4B-11- MC (BuNo 149467) caught fire Maj. Leonard coaxed the aircraft out over the coast and the crew ejected twenty-five miles southeast of Da Nang. They were quickly rescued by helicopter, having suffered only minor injuries in the ejection process,” he continues.

That, however, was not a one-off incident—as “there were several cases of napalm canisters igniting prematurely, causing damage to aircraft. In fact, in February 1970 another F-4B belonging to VMFA-314 was downed by its own napalm conflagration when Mk 77 tanks were ignited on the aircraft, possibly by small-arms hits on the fuses.”

“However, the weapon was highly valued as a deterrent to enemy forces in close contact with Marines on the ground, even though the low-altitude delivery required to place it accurately put the crew at greater risk to enemy ground fire than a bombing pass at higher altitude,” Leone concluded.