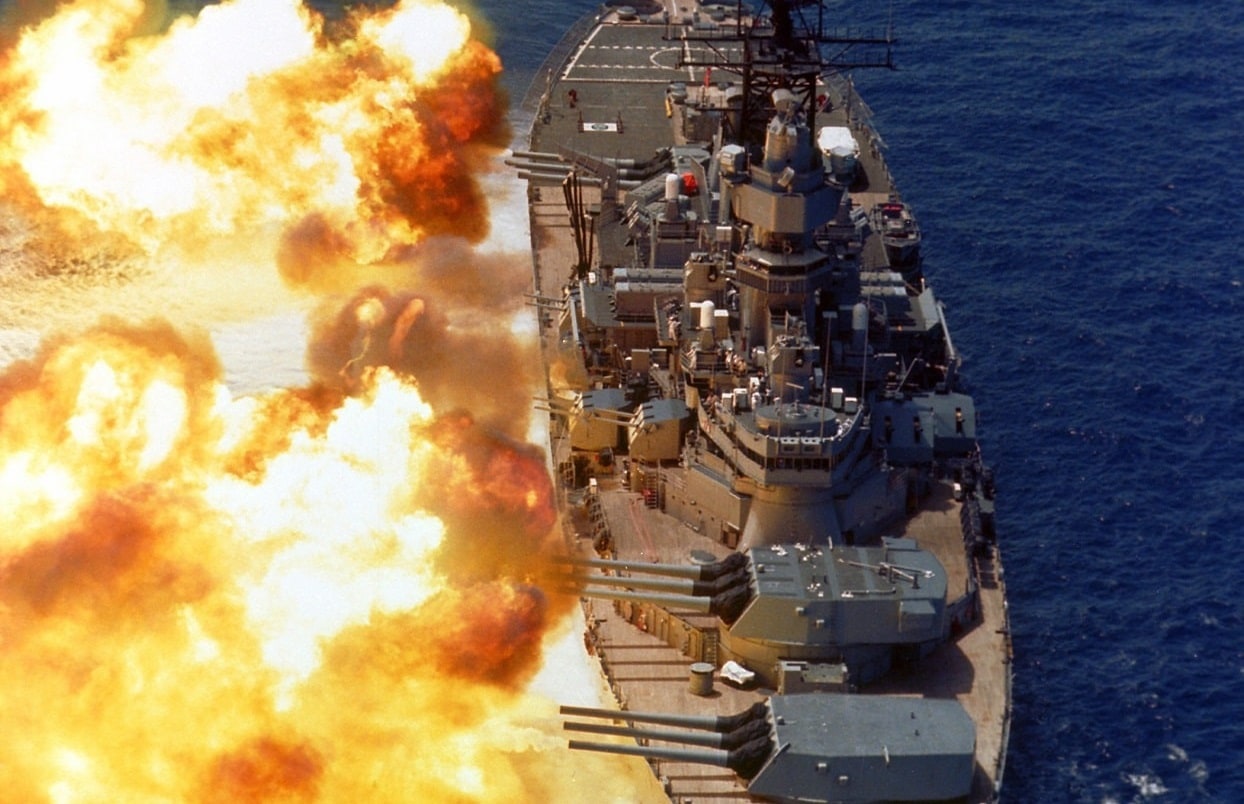 With the naval war well in hand, the USN had plenty of battleships and little use for them. Had the United States eventually invaded Japan, these battleships would have offered gunfire support to amphibious assaults and to coastal movements, as they had since the beginning of the island-hopping campaign. But with the remnants of the Imperial Japanese Navy (IJN) uninterested in a fight and the invasion still well in the future, they represented excess capability.

Noting the extent of the destruction caused by the U.S. Army Air Force’s B-29s, the USN decided that it could use the battleship in a similar fashion: to wreak destruction upon what was left of Japan’s industrial base. With luck, shore bombardment would draw out the last dregs of the IJN, or at least lure the kamikazes away from the valuable, vulnerable aircraft carriers. Accordingly, the U.S. Navy decided to use its battleships directly against Japanese cities, in a series of raids that were terrifying in their destruction.

As long as ships have carried artillery they have bombarded shore facilities, notwithstanding the dictum, attributed to Nelson by Jackie Fisher, that “no sailor could ever be such a born ass as to attack forts with ships.” But such attacks have generally sought tactical objectives. More general “strategic” attacks became a concern for countries as the size and power of shipborne artillery increased, but the risks associated with bombarding a city from a ship normally dissuaded admirals from committing their warships to such operations. Even so, the possibility of Royal Navy attacks against Italian cities in World War I helped make Italian entry on the side of the Entente a foregone conclusion, and worries about the effect of a naval bombardment on Istanbul drove the Turkish response to the Dardanelles campaign.

Bombarding a city, even with a battleship, had obvious hazards. A battleship firing its heavy guns is distinctly non-stealthy, even by the low standards of the 1940s. This meant that enemy assets would have no difficulty locating the offending warship. Air attacks, small coastal submarines, torpedo boats, mines, and coastal artillery could all threaten to give a battleship a bad day; Norwegian land-based torpedoes had sunk a German cruiser during the 1940 invasion, and coastal weapons had damaged U.S. and other ships at various occasions. A presumably well-motivated Japanese military might still try to inflict serious damage on the largest ships in Allied service.

That said, numerous Japanese military and industrial facilities were located in coastal areas, with easy access to ports and to water. Although the combination of the B-29 bombing campaign, the USN submarine campaign, and the USAAF’s aerial mining campaign had inflicted dreadful damage on Japanese industry, some facilities remained only lightly affected. Consequently, the Navy saw an opportunity to inflict damage, as well as a chance to make the case that it could incur strategic effects on the same scale as the Air Force. Moreover, the Japanese were so weak that direct attacks with battleships seemed like an acceptable risk.

The first raid targeted the Kamaishi ironworks in northern Honshu. Three fast battleships and two heavy cruisers inflicted heavy damage on the facilities, although the extent of the damage was not clear until after the end of the war. The battleships alone fired 802 shells, commencing from a range of 27 km and moving inward across the course of the bombardment. The next morning, another group of three fast battleships attacked steel factories and ironworks in Hokkaido. That group, including Iowa, Missouri, and Wisconsin, fired 860 shells, inflicting serious damage on the factories and on the surrounding towns. Beyond the range of B-29s, these areas had not yet been affected by U.S. strategic attacks.

The attacks incurred no Japanese response, and seemed to have inflicted some damage, so Admiral William Halsey decided to continue them. On July 18 five U.S. battleships, accompanied by the British battleship King George V, hammered the city of Hitachi, just north of Tokyo. The B-29s of the USAAF followed up the attack with their own raid that night, producing utter devastation. On July 29, three American battleships and King George V hit Hamamatsu, causing significant industrial and infrastructure damage. Three U.S. battleships hit Kamaishi again on August 9, landing 803 16” shells on what was left of the ironworks.

Further raids were planned, but the Japanese surrender suspended additional operations. Postwar assessments suggested that the raids had a serious effect on the industrial capacity of the facilities in question, but that the general economic collapse of Japan would have proceeded in any case. Surveys of the victims of the bombardment indicated that survivors found the battleships more terrifying than the B-29s. Some 1,700 Japanese civilians were killed during the raids.

While the attacks definitely made an impression, they did not offer the Navy a long-term strategic role for its battlefleet. The raids succeeded because Japan was almost completely prostrate in a military sense, and because it was husbanding all of its remaining forces for the anticipated U.S. invasion. Against a better-resourced foe, even the battleships would have found themselves exceedingly vulnerable to air and submarine attack. Thus, the raids could not offer a plausible logic for retaining large numbers of battleships. Still, there is a certain irony in the fact that the Pacific War began with Japanese aircraft sinking five American battleships at Pearl Harbor and two British battleships off Malaya, and ended with Japan incapable of attacking battleships bombarding its own cities.

Dr. Robert Farley, a frequent contributor to TNI, teaches at the Patterson School of Diplomacy and International Commerce at the University of Kentucky. He is the author of the Battleship Book