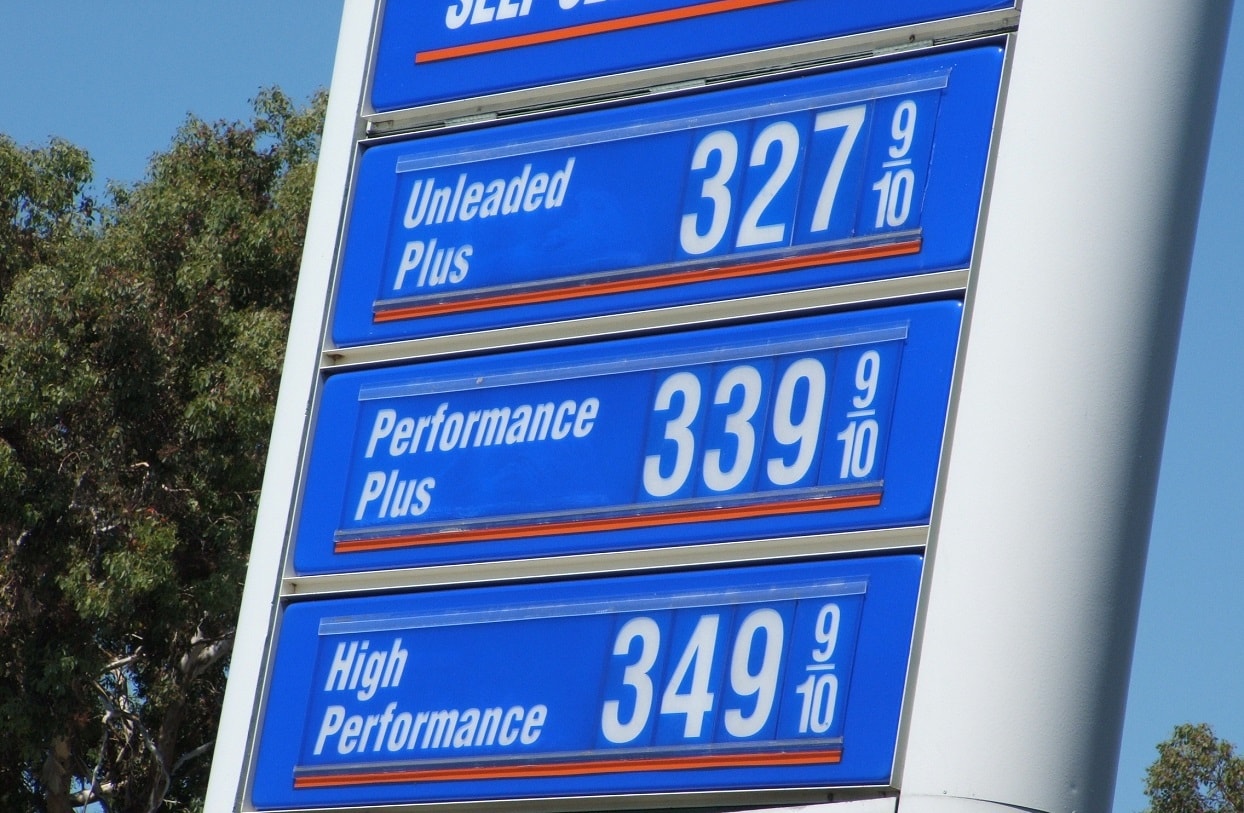 The rise in gas prices has not only led to pain at the pump for many Americans but has emerged as an extended political headache for the Biden Administration in its first year.

According to AAA, the average gas price in the United States began the year at about $2.25 a gallon and has risen ever since. In May, the average price crossed $3 a gallon for the first time in seven years, and even though prices had been expected to drop once the summer ended, they did not, reaching into the $3.40s by November. Prices have decreased slightly heading into Thanksgiving, but remain high by historic standards.

Why have prices increased?

There are several reasons for this. When stay-at-home orders were in place in 2020, few cars were on the road and gasoline demand collapsed, bringing gas prices down to historic lows. When cars went back on the road, demand recovered, bringing prices up along with it. And those prices have continued to rise throughout the year.

The other big factor has been the global price of oil, which has also been rising, due to rising demand around the world, and also in part due to OPEC declining to step up production. In addition, energy prices have been affected, on a couple of occasions this year, by such one-off events as hurricanes, the deep freeze in Texas, and the Colonial Pipeline ransomware attack.

Whenever there’s a rise in the price of gasoline, no matter the situation, the inclination of many is to blame the current president of the United States. But in reality, presidents don’t set gas prices, and they have limited ability to affect them.

Many opponents of President Biden have blamed his decision to cancel the Keystone XL pipeline shortly after he took office, although that pipeline was not yet operational at the time and its closure had no effect on supply or demand.

But that doesn’t mean that the Biden Administration hasn’t taken steps to try to reverse the rising gas prices. Whether those steps have any effect remains to be seen.

“This unexplained large gap between the price of unfinished gasoline and the average price at the pump is well above the pre-pandemic average,” President Biden wrote in a letter to FTC chair Lina Khan. He also noted that the top oil companies are expected to nearly double their net income from 2019.

Biden, earlier in the fall, also called on OPEC to step up oil production. A report by The Intercept in November argued that Saudi Crown Prince Mohammed bin Salman (known as MBS) was “enacting revenge on Democrats in general and President Joe Biden specifically for the party’s increasingly standoffish attitude toward the kingdom,” by pushing OPEC to keep production low and prices high.

The crown prince had a more cordial relationship with former President Donald Trump, whose first foreign visit was to Riyadh, and Trump backed MBS after the crown prince was accused of involvement in the grisly 2018 murder of Jamal Khashoggi, a dissident journalist who lived in the United States.

Then, this week, the Biden Administration took an additional step in its battle against high gas prices. The Energy Department announced that it would release 50 million barrels of crude oil from the Strategic Petroleum Reserve, under the direction of the president. The decision was made in concert with several other countries, including China, India, Japan, South Korea, and the United Kingdom.

“As we come out of an unprecedented global economic shutdown, oil supply has not kept up with demand, forcing working families and businesses to pay the price,” Energy Secretary Jennifer Granholm said in the release. “This action underscores the President’s commitment to using the tools available to bring down costs for working families and to continue our economic recovery.”

Will these measures work? The Administration’s asking of OPEC to up production has been fruitless, so far. And while the call for an FTC investigation could lead to some type of action down the line, it’s virtually certain not to have any short-term effect on gas prices.

The SPR move could make more of a difference, although some experts were skeptical upon the initial news.

“Previous usage of the SPR has resulted in small, short-run decreases in the price of petroleum,” Andrew Kleit, a professor of energy and environmental economics at Penn State, told KOMO News.

“It’s not impossible — so long as oil prices hold near these levels or continue falling — that the national average could shed 15 to 30 cents per gallon over the coming weeks, while some areas like California could see declines of as much as 25 to 40 cents,” Patrick De Haan, head of petroleum analysis for GasBuddy, told the station.

“This will mostly be a psychological effort to make the American public think that the administration is doing something about high gasoline prices,” Steven Agee, an economics professor at Oklahoma City University and former chair of the Federal Reserve Bank of Kansas City, said in the KOMO story. “As a practical matter, it will have little impact on crude oil prices, and thus gasoline prices, over time.”

Both experts and the administration itself seem to agree that the SPR release will, at best, be a temporary measure.