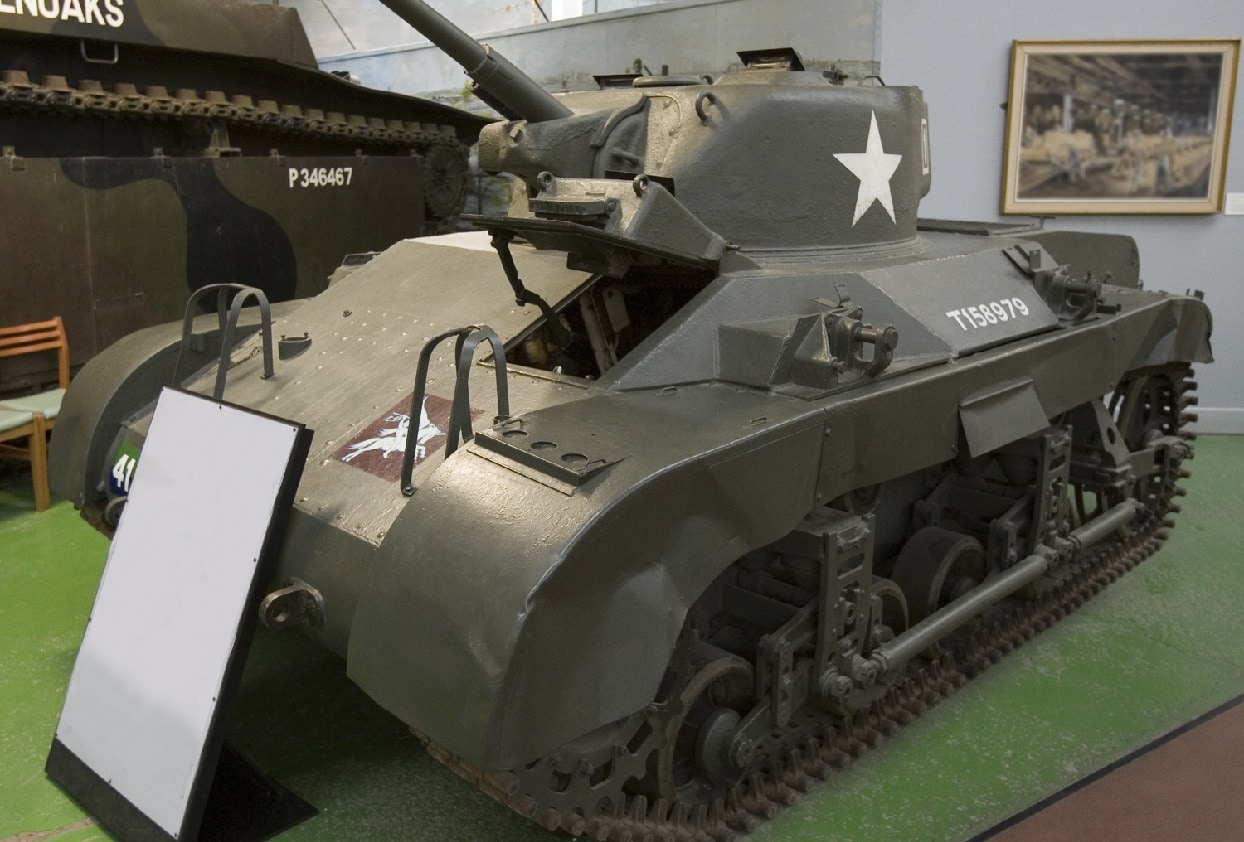 One of the lesser-known tanks of the Second World War is the M22 Locust, a small, three-man tank that was intended to fly with airborne troops and augment their firepower on the ground.

In order to keep up with troops in the air, it was assumed that a small tank should be towed behind an airplane inside a glider. And while technically feasible, it required an especially small tank to be designed that would have both light armor and a decidedly light main gun.

Despite these initial design requirements, a Locust prototype design was explored that would have given the small tank a removable turret, to be removed before loading not inside a cargo plane or glider, but slung underneath an airplane fuselage.

All of the Problems

The M22 Locust was almost obsolete from the start: due to the strict requirements put on its weight as an airborne tank, the armor was meager. The tank’s hull armor was a maximum thickness of just under a half-inch, and some sloped portions of the hull were only about a third of an inch thick. This armor package would struggle to resist anything greater than small arms fire — indeed some larger caliber armor-piercing small arms rounds would have likely penetrated the hull.

In addition, the tank’s main gun was a diminutive 37mm design. Though the gun was originally designed as a field anti-tank gun, advances in German armored vehicles quickly made the 37mm gun obsolete.

The Locust’s combat effectiveness was very poor. Although the tanks suffered from their aforementioned modest armor package, it was perhaps their transport method that was even deadlier than enemy fire.

During Operation Varsity, the largest one-day airborne operation in history, a number of Locusts were lost before being put into combat. Despite excellent flying conditions and fine weather, several Locust tanks were lost due to their glider transports breaking up while in flight. Several slow-moving unpowered gliders were also shot down due to German anti-aircraft fire.

Another couple of locusts suffered damage to their turrets and main guns due to less-than-smooth landings. Of the Locusts that did successfully land, their armor shortcomings were immediately apparent, and the light tanks were forced to serve in a sort of secondary role behind larger, more robust armored vehicles.

Ultimately the Locust design was clearly unsuccessful. In American service, the little tank was deemed insufficient for the rigors of combat, though the British Army did retain the Locust in a limited role, as they deemed it sufficiently armed and armored to perform as an airborne tank. Still, the Locust was only produced in limited numbers, and very few actually saw combat, possibly less than 10 hulls in total.