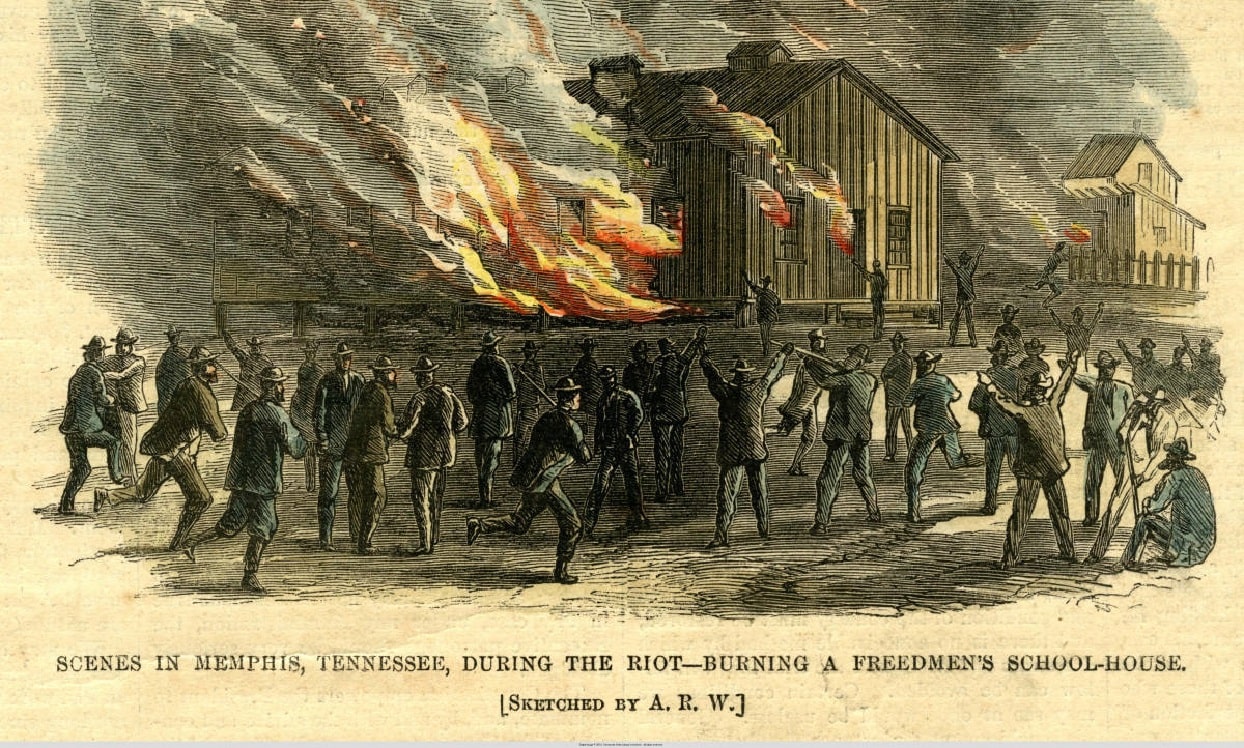 Political scientist Dan Byman frames Reconstruction firmly in terms of the counter-insurgency literature that developed over the last twenty years. This literature represented a distillation of lessons learned from decades of counter-insurgency writing, combined with empirical research on Iraq, Afghanistan, and other counter-insurgency campaigns. Byman is not the first to approach Reconstruction and Redemption as a counter-insurgency conflict, but his approach is unusual in terms of framing the conflict in the South in straightforwardly military terms, and in concluding that the US Army suffered a decisive military defeat at the hands of white supremacist insurgents. Most accounts of Reconstruction discuss northern exhaustion and lack of commitment as keys to failure, but few discuss this in the same language that we use to discuss defeat in Vietnam or Afghanistan.

Most insurgencies involve civil wars between supporters and enemies of the occupying army. In the case of the South, the allies of the occupiers were Blacks recently freed from slavery. The enemy was an alliance of rich and poor Whites, led by officers and men of the Confederate Army. White supremacists enjoyed several advantages. Slaveholders had undertaken a variety of steps to limit the potential for slave revolts, including making it difficult for Blacks to communicate and mobilize. Former Confederate control of the press and other social institutions, conversely, made mobilization easier. Many white supremacists had military experience, and many had kept their weapons from the war. This meant that white militias were better armed and better organized than their Black counterparts.

The purpose of white supremacist terrorism was to achieve Redemption by overturning the political and at least part of the economic settlement that the federal government imposed at the end of the Civil War, which involved full political rights for Black Americans and an end to legal slavery. The federal government did not deploy sufficient troops to the South to defeat supremacist militias, and did not undertake other measures such as arming the Black population or restructuring the economy of the South. The primary strategy of supremacist terrorists was violence intended to intimidate voters, thus enabling the victory of supremacist politicians. When this failed, the white supremacists engaged in more direct anti-government attacks, including a coup d’etat against the government of Wilmington, North Carolina in 1898.

There’s no question that political factors affected the war, but such is always the case. The Grant administration had a limited appetite for continuing the war against white supremacy in the South, even though Grant fully appreciated the likely consequences of the Klan’s victory. This victory would effectively destroy Black voting rights across the South, and in turn, would badly damage Republican electoral prospects.  Indeed, Grant bemoaned the end of the 3/5ths Compromise, the notorious Constitutional clause that effectively rendered Black Americans less equal than whites in the process of limiting Slave Power. With no 3/5ths clause, the South could reap the benefits of a full free population while still limiting the franchise to whites; in effect, the South could have its cake and eat it too.

White Supremacists also won the ideological war.  Works such as W.E.B. Dubois Black Reconstruction, which magnificently chronicled the rise and destruction of a democratic, multicultural South, were ignored for almost a century.  White supremacists commemorated the victory of their insurgency by erecting statues of military heroes from both the Civil War and from Redemption.  Indeed, the current debate over the removal of statues of Confederate military officers usually makes a category error; these statues are less about defeat in the Civil War than victory in Redemption. The victory of the White Supremacists was not complete, however. Although southern landholders maintained mechanisms for keeping Black farmers on their land, these systems were less complete and effective than the system of slavery. Blacks had a greater capacity to organize politically and more mobility than they had possessed under slavery.

But let there be no doubt; the United States Army lost this war.  The federal government could not (and would not) sufficiently empower Black militias to fight the war on their own. Simultaneous with Reconstruction, the US Army waged a successful guerrilla war against Native American tribes on the western frontier. This conflict drew away not only troops and resources but also some of the best commanders in the Army.  This resulted in large part from self-sorting, with successful commanders tending to prefer operating against Native Americans to fighting white supremacists on behalf of Black Americans.

The consequences of defeat were dreadful for several generations of Black Americans, many of whom were trapped in the South without the protection of or recourse to the law. The Great Migration of the mid-20th century helped break white supremacist domination of the South, as did the Civil Rights Act of 1964.

Still, the defeat continues to echo in American politics, both north and south.