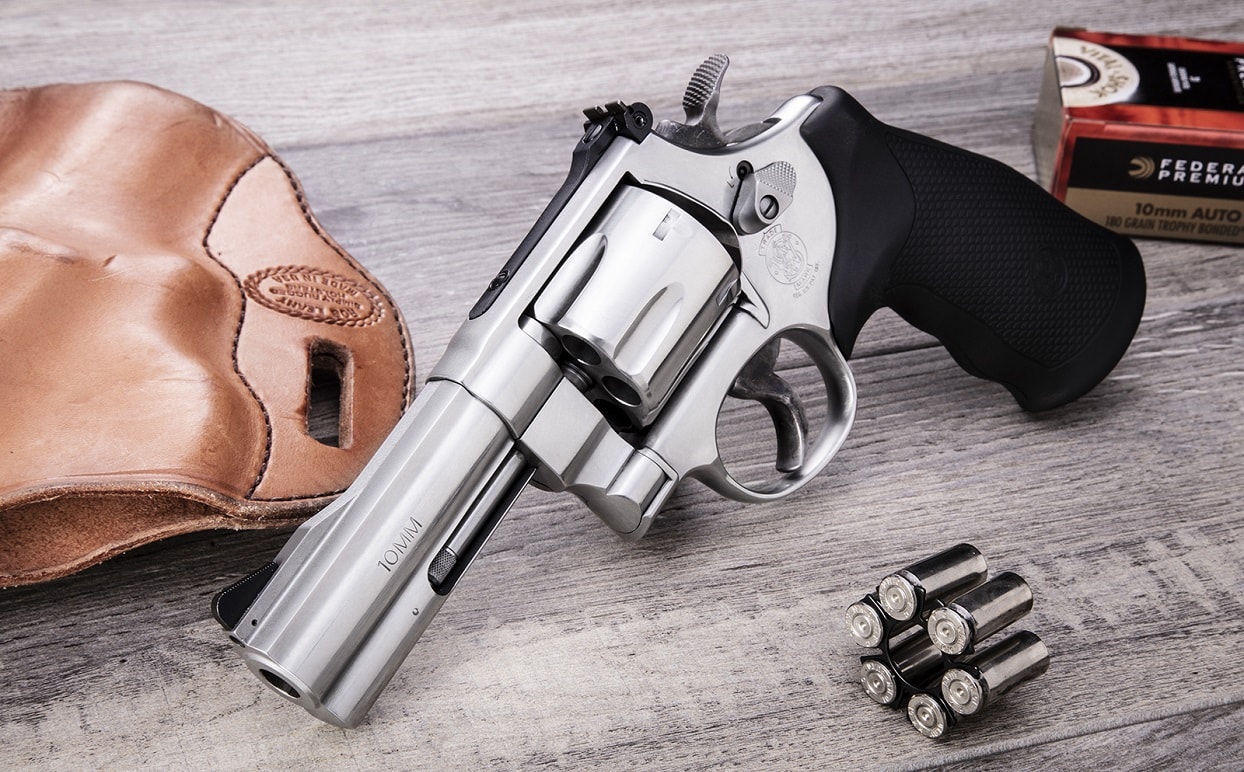 Smith & Wesson Model 610, a 90 Second Review: Smith & Wesson is without a doubt one of the United States’ oldest, and best-known firearm manufacturers — no wonder why. The company has been producing high-quality firearms for nearly 170 years, giving them ample time not only to improve their firearm offerings but to offer arguably some of the best revolvers on the market today.

One of their revolvers on offer is particularly capable and worthy of note: the Model 610.

The Smith & Wesson Model 610 is built around Smith & Wesson’s N-frame, a large-sized proprietary revolver frame design that is adequate to handle a variety of magnum cartridges, including the .357 Magnum as well as the larger and more powerful .44 Magnum. The Model 610’s cylinder is not sized for rimmed cartridges, however, but instead for 10mm Auto.

By using moon clips, the Model 610 can fire the 10mm cartridge, a powerful pistol cartridge originally developed at the behest of the Federal Bureau of Investigation in the wake of the 1986 FBI Miami shootout. During that gunfight, the FBI found itself outgunned, despite outnumbering a pair of bank robbers by four to one. Post-firefight analysis blamed the FBI’s poor outcome on the limited stopping power offered by their service handguns and prompted the 10mm’s development.

Smith & Wesson currently offers the Model 610 in two variants, with 4-inch or 6-inch barrels. Both come with synthetic black grips with finger grooves that provide a better grip surface than wooden grips. Both are also offered with an all stainless steel frame, barrel, and component design as well as adjustable rear sights.

Compared to some of Smith & Wesson’s other revolvers on offer — which can run upward of $1,200 — the Model 610 is somewhat more affordable, priced on the Smith & Wesson website at $1,007 for both the 4-inch as well as the 6-inch variant.