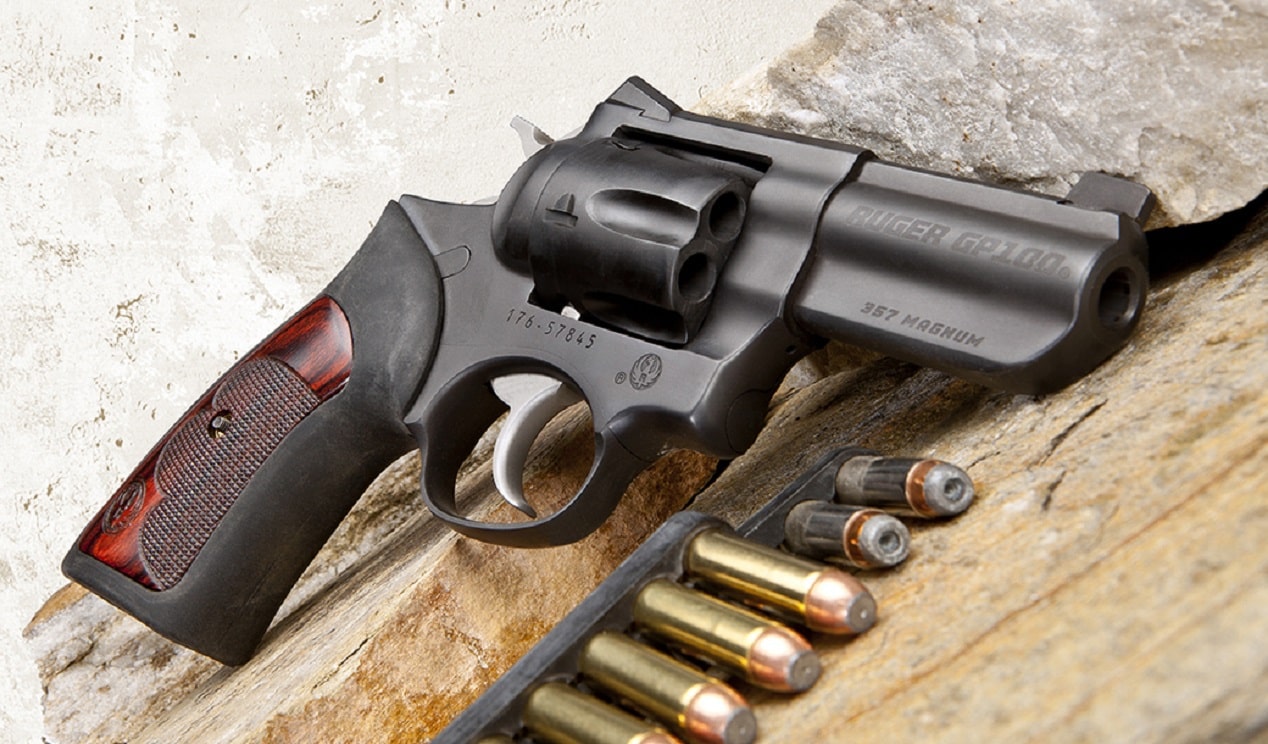 Ruger GP100, The Best Revolver You Can Buy? A 2 Minute Review: Although not the oldest firearms company in the United States, Sturm, Ruger & Co. nonetheless enjoys a reputation for high-quality firearms. The company, more commonly known simply as Ruger, makes a wide array of firearms including single-shot rifles, semi-automatic pistols, and shotguns, though their revolvers are of particular note.

One of Ruger’s revolvers that is worth taking a closer look at? The Ruger GP100.

Ruger’s GP100 made its debut with the company in the mid-1980s as a newer and updated addition to Ruger’s revolver lineup. The GP100 is a sturdy, robust revolver, most of which are made of brushed satin or blued stainless steel.

GP100 revolvers chambered in .357 Magnum also offer shooters some ammunition flexibility, as they can also fire .38 Special P+ cartridges which are slightly shorter than the .357 Magnum and produce less recoil — ideal for new shooters, those who want cheaper ammunition, or plinking enthusiasts.

On the other side of the power spectrum, Ruger also offers a GP100 chambered in .22 Long Rifle. Despite the rather diminutive chambering, the GP100’s cylinder is large — and can accommodate a full ten .22 Long Rifle cartridges, compared to the 6 or 7 cartridges most other revolvers are equipped for.

In addition to the standard GP100 lineup that Ruger offers, the company also offers several different revolvers under the GP100 Match Champion designation that feature several improvements or optimizations for better accuracy. The Ruger website explains that “polished and optimized internals,” as well as a “centering boss on the trigger, and centering shims on the hammer produce a smooth double-action trigger pull and a crisp and consistent let-off,” and overall more accurate platform.

When considering Ruger’s very diverse GP100 lineup, there are few offerings from other firearms companies that offer the same level of options as well as quality. Regardless of what you could want in a .357 Magnum revolver, you’re likely to find what you’re looking for in the GP100.