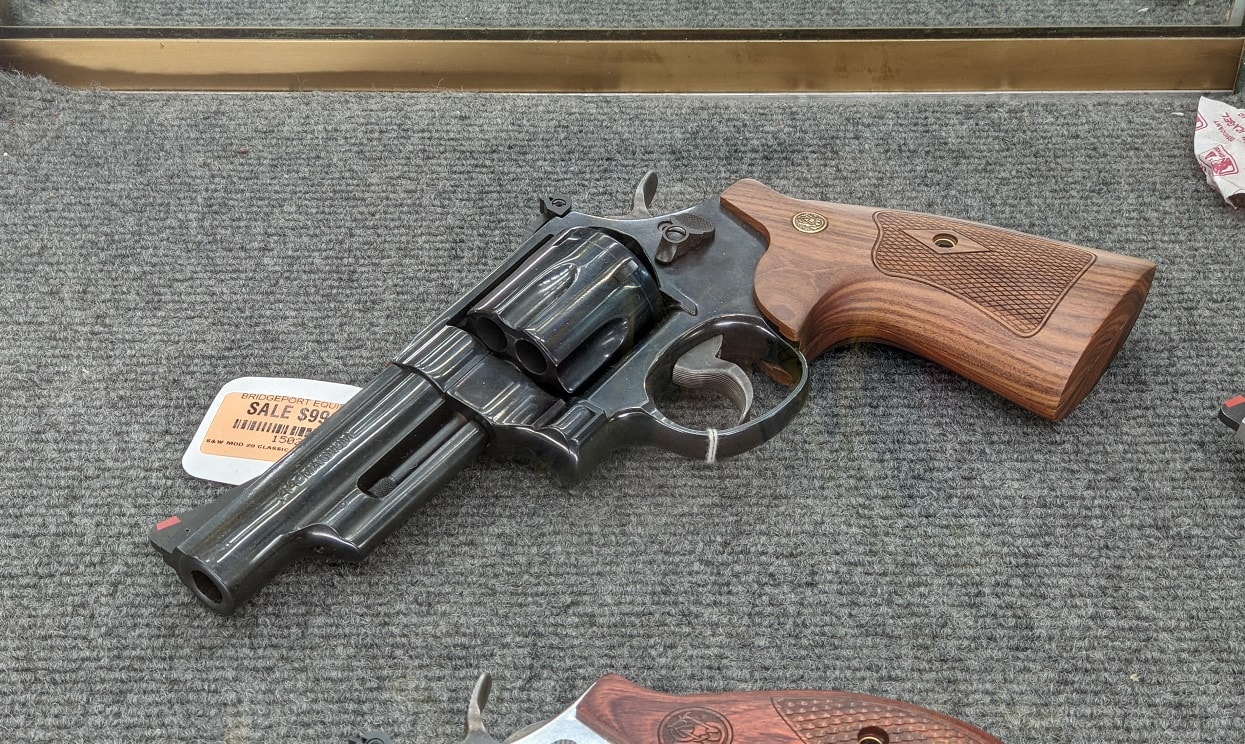 Smith & Wesson’s Model 25, a Short Review: Clearly, Smith & Wesson enjoys a favorable reputation as one of the United States’ most legendary firearm manufacturers, a reputation they’ve cultivated for nearly 170 years with high-quality firearms. Today the company builds and designs a wide array of semi-automatic pistols and rifles, and while all of Smith & Wesson’s firearms are worthy of note, it is the company’s revolvers that stand out in particular as some of the best in the world.

It’s hard for any individual revolver to stand out against Smith & Wesson’s diverse lineup — but one that does is the company’s Model 25 revolver.

The Model 25 is part of Smith & Wesson’s Classics lineup, essentially reissues of some of the company’s most influential firearms, but “enhanced with modern advantages.” In the case of the Model 25, the revolver is chambered in .45 Colt, originally a black powder cartridge that made its debut in the early 1870s mated to the Colt Single Action Army revolver. Modern loadings opt for smokeless powder and are generally for use in historically significant firearms rather than with more modern, service firearms.

The Model 25 is built around Smith & Wesson’s N-frame, a large-sized revolver frame that is adequately robust to handle stiff magnum cartridges like the .357 Magnum or even the very powerful .44 Magnum. Like many revolvers of the era, the Model 25 can load six rounds of .45 Colt.

The entire revolver — frame, cylinder, and barrel — is made of blued carbon steel, and the revolver ships with a checkered square butt Walnut grip reminiscent of a bygone era in firearm design. True to the original design, the Model 25 comes with a 6.5-inch barrel and can fire in both single- and double-action.

Although this gun is not the most modern or up-to-date revolver design, it is nonetheless a high-quality historical reproduction — a fact reflected in its price. According to the Smith & Wesson website, the Model 25 retails for just over $1,000. But, like all Smith & Wesson firearms, the Model 25 is backed by the company’s lifetime service policy, so rest assured it won’t be a lemon.

In the Model 25, Smith & Wesson has resurrected what is arguably one of their more important revolver designs, offering a classic revolver made new, just as it would have been when S&W first introduced it. For those with an interest in classic, high-quality firearms: look no further than this gun. In the company’s own words, the Model 25 is “the timeless best of both worlds,­ Smith & Wesson Classics.”