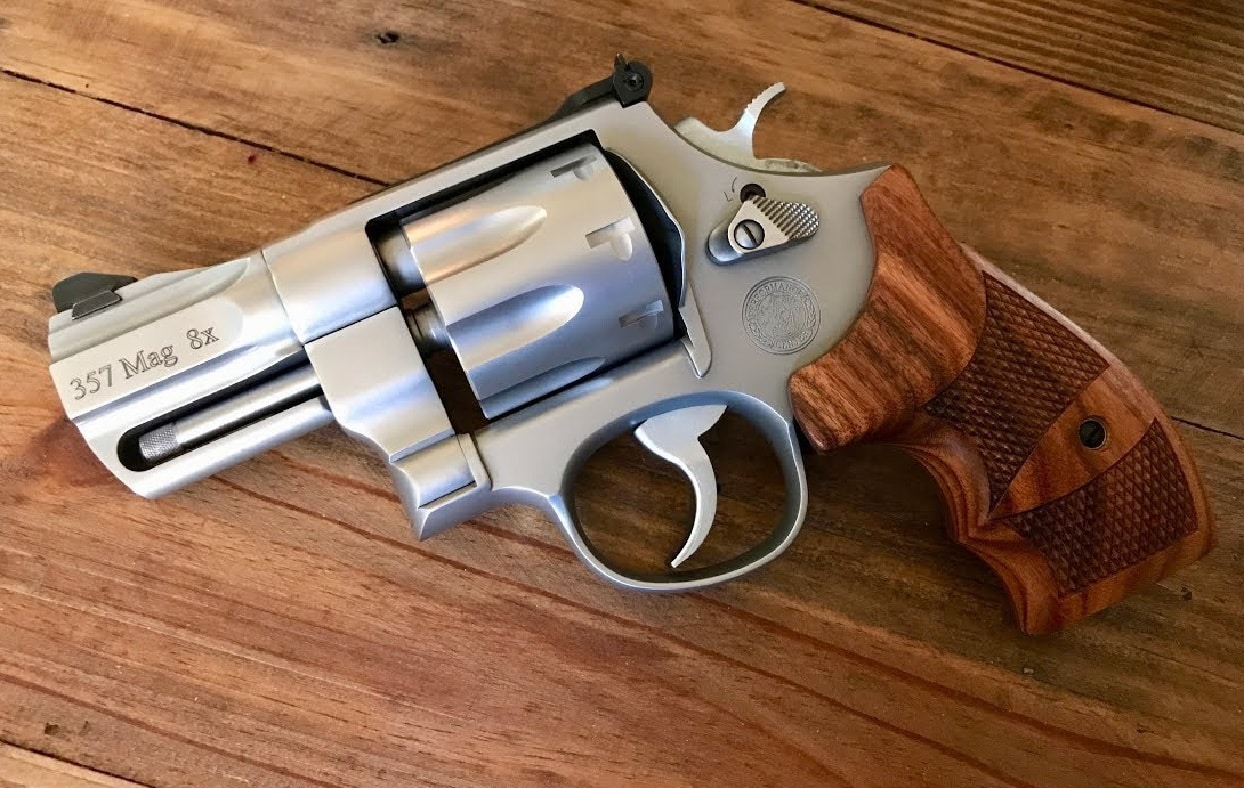 Smith & Wesson Model 627, What You Need to Know: Smith & Wesson is one of the most well-known American gun manufacturers in business today — and it’s not hard to see why.

With a company history that stretches back nearly 170 years, they’ve established themselves as one of the United States’ high-quality gun manufacturers. And though revolvers are not the newest of gun designs for sure, Smith & Wesson’s revolvers are some of the best.

In particular, Smith & Wesson Model 627 is a particularly potent design.

For those who just want to plink, need some target practice, or would prefer reduced-recoil shooting, the Model 627 can also chamber the .38 Special, a shorter cartridge with a bullet dimensionally identical to the .357 Magnum but with significantly less recoil.

Several Model 627 variants are produced that differ somewhat. The smallest of the 627s comes with a stubby 2.625-inch barrel, though 4- and 5-inch barrels are also available.

Depending on which Model 627 is selected, a variety of grips are also available, including wooden grips with finger grooves as well as form-fitting rubber grips that would provide a better tactile surface than checkered wooden grips.

The revolvers are part of Smith & Wesson’s Performance Center lineup, a special category of precision firearms that are superior to stock configuration. “Completing the line between main production and the Performance Center, the Smith & Wesson Pro Series represents the next step from standard models,” the Model 627 page reads. “These firearms are offered with a variety of enhancements yet still remain true to “stock.” Bringing competition specifications and features to factory models, the Pro Series offer that ready-to-go package while still maintaining production line integrity.”

The Model 627 is not exactly a cheap revolver though — depending on the configuration, prices range from a bit over $1,000 to nearly $1,600.

Smith & Wesson has thought through every aspect of the Model 627 — not a surprise considering how long the company has been in the business. For those looking for a high-capacity .357 magnum revolver, the Model 627 is a solid choice, in both snub-nosed and 4- and 5-inch variants, and further proof of Smith & Wesson’s gunsmithing experience and expertise.