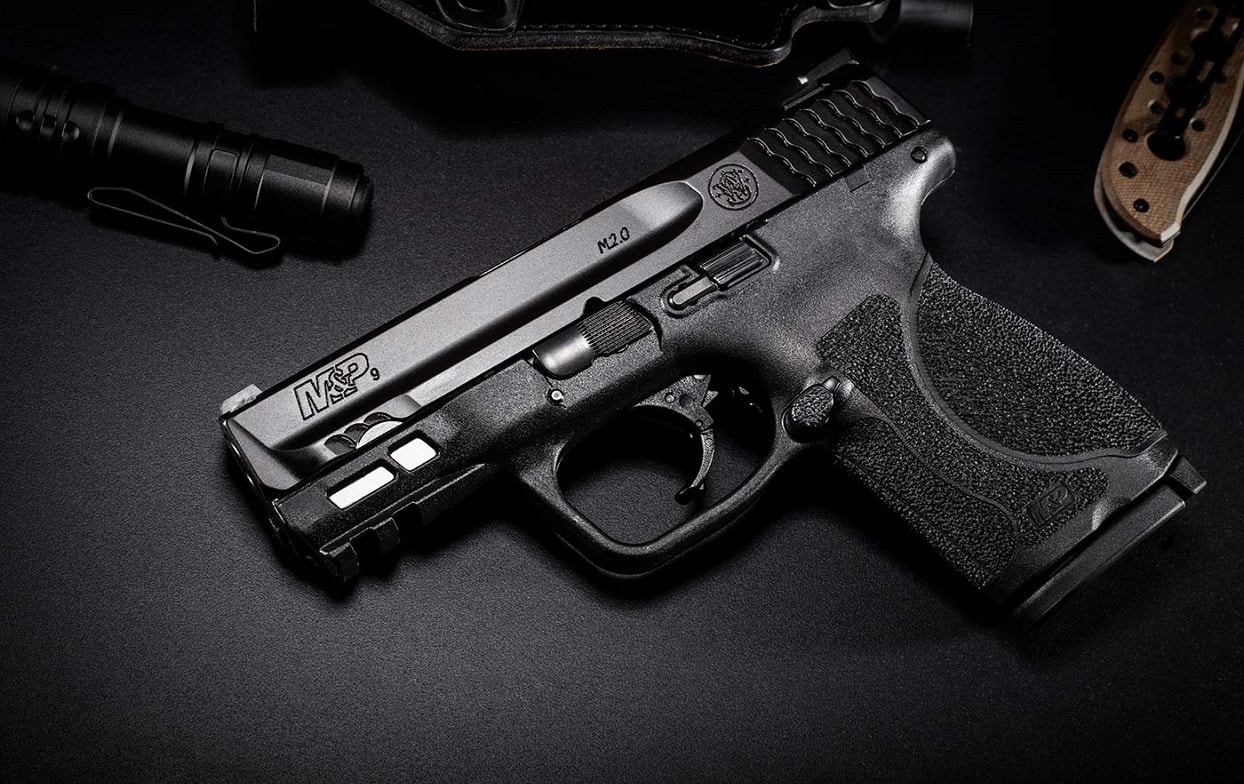 Smith & Wesson M&P M2.0 – The Gun the Army Said No To: Irrespective of what kind of pistol you are looking for, one of Smith & Wesson’s many pistols will likely be satisfactory, given the incredibly diverse array of customization that is available. Full size, compact, or subcompact, the Springfield, Massachusetts gun manufacturer has quite a wide selection available. One of their designs, the M&P M2.0, is particularly noteworthy.

The subcompact M&P M2.0 offering is quite small, but despite its diminutive size, offers quite a bit of firepower — 12 round magazines plus an addition cartridge in the chamber, depending on state regulations and chambering.

All of the M&P M2.0s have a low bore axis, meaning that the barrel is positioned close to the top of the hand. This feature helps to reduce perceived recoil and allows for quick target reacquisition between shots.

The M&P M2.0s are also highly customizable and can fit a wide variety of shooters. Each pistol regardless of size ships with four interchangeable grip inserts — small, medium, medium large, and large — so regardless of an individual’s hand size, the M&P 2.0 will fit snugly. In addition, the grips are aggressively textured and are beavertail-style, ensuring a solid high and tight grip. In addition, all M&P M2.0s come with aggressive slide texturing that allow a round to be chambered regardless of environmental conditions.

Backed by Smith & Wesson’s lifetime warranty and combined with a variety of sizes and chamberings, it is easy to see why the M&P M2.0 could be such an attractive choice. In fact, it was almost picked up by the United States Army as their standard-issue service pistol.

It Could Have Served in the U.S. Army

The Army’s Modular Handgun System competition was a 2015 initiative that sought to replace the Cold War-era Beretta M9, a venerable 9mm pistol that though certainly an attractive choice in the 1980s, had grown long in the tooth since then, necessitating replacement.

A number of the world’s oldest and most respected firearms manufacturers entered the competition, including SIG Sauer, Glock, the incumbent Beretta, CZ, FN Herstal, and Smith & Wesson, which submitted their M&P M2.0. Given the aforementioned qualities inherent in their pistol design, S&W had high hopes for their bid. Unfortunately, these hopes were misplaced.

Why exactly the pistol did not do well in the competition is somewhat unclear. A report stated that the S&W bid was simply “not selected to advance to the next phase of competition.”

So although Smith & Wesson’s M&P M2.0 bid did not make it through U.S. Army trials, the pistol is still an attractive choice for civilian shooters. Combined with Smith & Wesson’s legendary reputation and lifetime warranty, the M&P M2.0 is a solid choice.