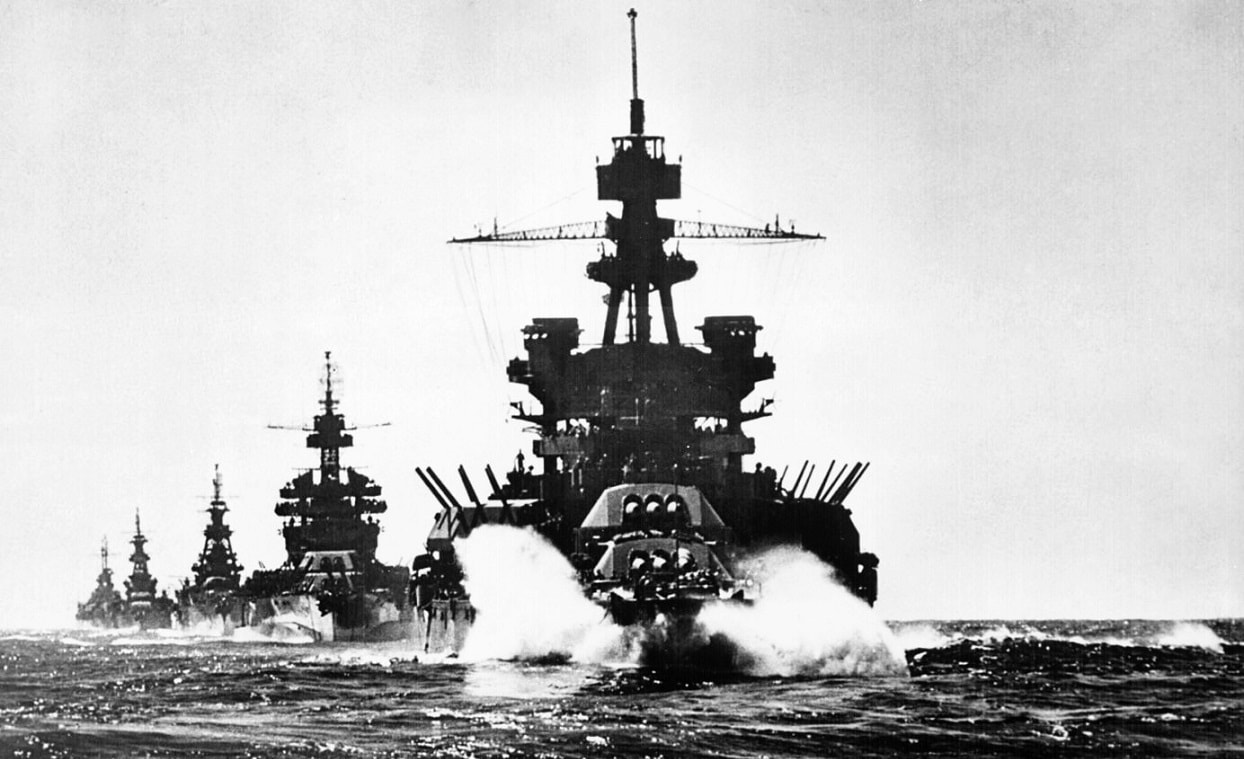 Between 1939 and 1942, the United States Navy commissioned four South Dakota-class fast battleships – including the lead vessel BB-47, as well as the USS Indiana (BB-58), USS Massachusetts (BB-59), and USS Alabama (BB-60). Designed to meet the restrictions of the Washington Naval Treaty of 1922 (modified by the London Naval Treaties of 1930 and 1936), the warships’ size was limited to just 35,000 long tons. The four battlewagons first served in the Atlantic and ended the war in the Pacific, where each escorted carrier groups and took part in shore bombardments.

The ‘Other’ South Dakota-class History Forgets

However, a generation earlier, there was another South Dakota-class – 48,000 ton behemoths that would have been slower, with a top speed of 23 knots (26 mph) but more heavily armored than contemporary warships of the First World War era. With a dozen 16-inch guns in four triple turrets – a 50 percent increase in the number of guns – the South Dakota-class of 1920 would have made them as powerful as any battleship ever constructed. Secondary armament was to include sixteen single 6-inch (152mm) guns, four 3-inch (76mm) DP guns and two 21-inch (533mm) torpedo tubes. Protected by 13.5-inches of armor plating, the warships were clearly designed to prevail in a big-gun slugging match with an enemy battle line.

Construction on the new class of battleships was authorized by Congress in 1917, but work was delayed so that the Navy could incorporate information gained after the Battle of Jutland, which had been fought only a year earlier. Work was postponed again as destroyers and other smaller vessels were seen as priority was given to the concern over German U-Boats that were operating in the North Atlantic.

A total of six of the heavy battleships were laid down in 1920 and 1921, only to be suspended under the terms of the Naval Limitations Treaty in February 1922, when the vessels were already between 11 percent and 38 percent completed.

All six – USS South Dakota (BB-49), USS Indiana (BB-50), USS Montana (BB-51), USS North Carolina (BB-52), USS Iowa (BB-53) and USS Massachusetts (BB-54) – were broken up and sold for scrap. The guns that were to be employed on the warships were transferred to the U.S. Army and the completed boilers and armor were subsequently used to modernize the U.S. Navy’s older battleships.

The names of the six canceled warships were also reused for later World War II battleships: “North Carolina” was the exemplar of a two-ship class; while “South Dakota,” “Indiana” and “Massachusetts” would be members of the new South Dakota-class, which bore no resemblance to the former design however. “Iowa” went on be the lead ship of the last class of American battleships built; while “Montana” would have been the exemplar of a new class of super battleship, which was cancelled in favor of new aircraft carriers before being laid down. The Big Sky State lost out twice when it came to battleships.