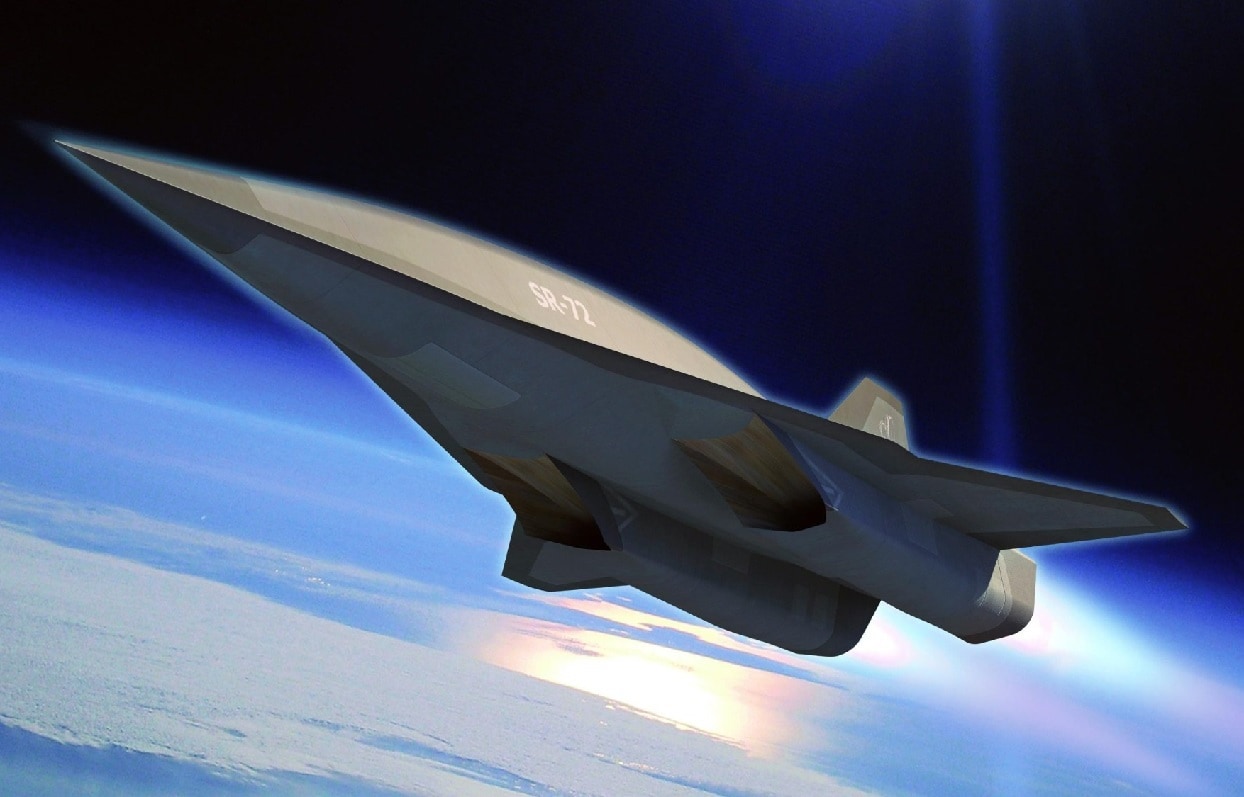 The SR-72—also known as the “Son of Blackbird”—is a potential hypersonic unmanned aerial vehicle (UAV) concept that is currently being developed under Lockheed Martin’s Skunk Works or Advanced Development Programs. It is the highly anticipated successor to the aerospace company’s much-vaunted SR-71 Blackbird, which retired from U.S. Air Force service back in 1999.

Lockheed Martin initially confirmed that it was working on the next-generation aircraft more than eight years ago, but there have been very few updates since.

However, according to AVweb.com, “the Air Force and Space Force have sent a not-so-subtle YouTube message (see video above) to countries messing with the U.S.’s various global sandboxes that includes what appears to be a sneak peak of a drone dubbed Son of Blackbird.”

At the conclusion of the roughly three-minute video, “the slickly produced video cuts to dark image of a sleek and stealthy-looking aircraft in a hangar that meets the USAF geek description of the SR-72 Mach 6 snooping platform. The military forums lit up with speculation that the video preceded official confirmation of the super-secret program’s existence.”

The SR-72 is being designed to fly for several minutes at a speed of Mach 6—which is more than four thousand six hundred miles per hour. To achieve this, Skunk Works is believed to be collaborating with Aerojet Rocketdyne on a unique propulsion system that will help enable the aircraft to reach such mind-bending speeds.

“Lockheed Martin’s Skunk Works department has been making noises about a revival of the legendary (SR-71) bomber, a jet that was capable of flying up to Mach 3. That’s slightly more than three thousand seven hundred mph, about one and a half times speedier than the .220 Swift, reportedly the fastest bullet ever produced,” Gene Kosowan of Hotcars.com writes.

“But the Skunk Work’s brain trust claims the SR-72 might even double the speed of its predecessor. That’s a tricky proposition considering the plane’s air intake would be brutal at those speeds, like trying to start a campfire in gale-force winds,” he adds.

If such speeds can be reached, the SR-72 would surely give the United States a sizeable advantage over enemy forces. The aircraft could theoretically depart from a base located in the continental United States to hit specific targets across the Pacific or Atlantic Oceans in only about ninety minutes. Defense writer Dario Leone at Aviation Geek Club notes that “intelligence can be gathered or weapons delivered before enemy air defenses are even alerted.”

Do take note that there’s already been talk of the SR-72 eventually being able to achieve Mach 7. Citing author James C. Goodall’s book 75 Years of the Lockheed Martin Skunk Works, Leone writes that “NASA is funding the validation of a previous Lockheed study that found that speeds up to Mach 7 could be achieved with a dual-mode engine that combines turbine and ramjet technologies.”