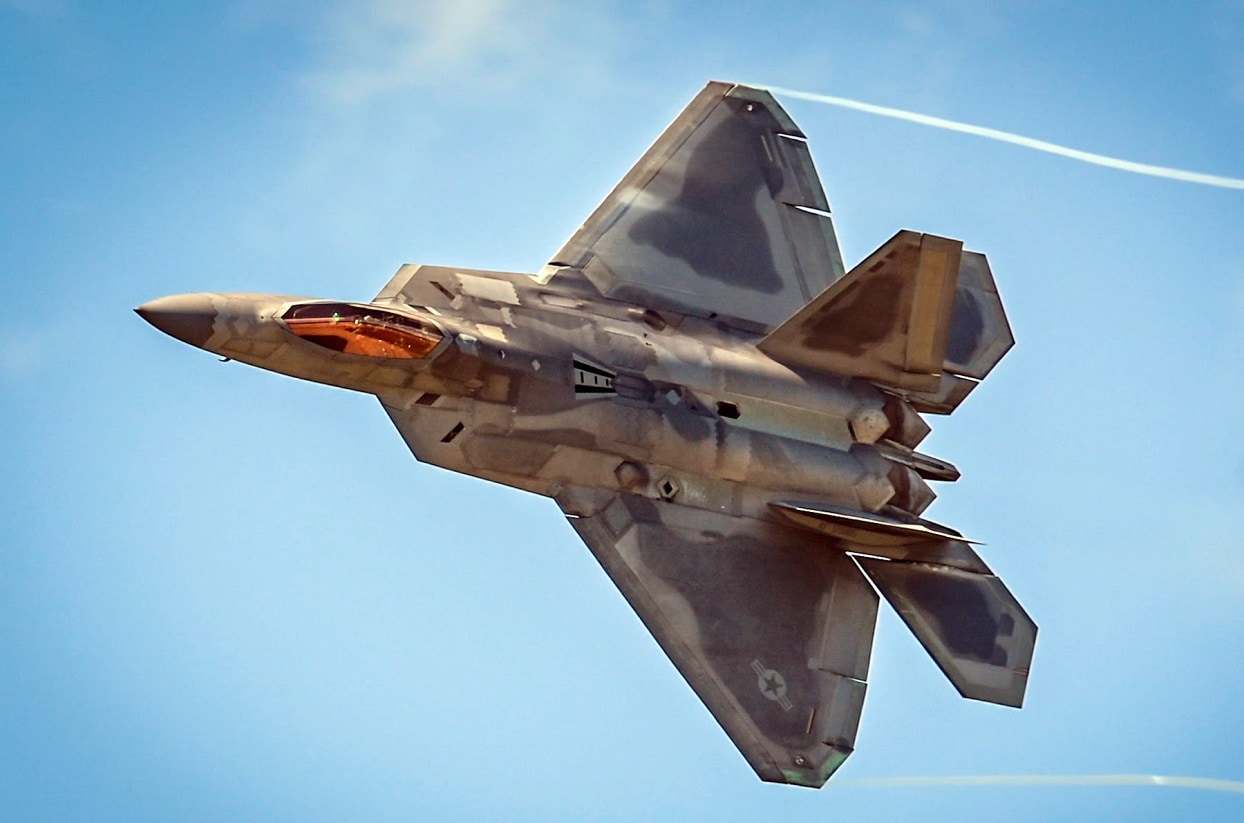 The F-22 Raptor is not What the Air Force Needs in the Future — but the Fleet Will Be Upgraded Anyway: The F-22 Raptor stealth fighter is the best air superiority fighter ever, but it is not the right tool for defending American interests in Asia.

An F-22 Raptor Upgrade Is Coming

The U.S. Department of Defense wants to upgrade the U.S. Air Force’s F-22 Raptor fleet in what could be the stealth fighter’s most significant enhancement ever.

“This contract vehicle provides support for the necessary supplies and services to sustain and modernize the F-22 Raptor, including modernization hardware kit procurement and services such as upgrades, enhancements and fixes, as well as performance-based logistics services.”

What upgrades Lockheed would integrate into the F-22 are not known for sure. However, improvements to the Raptor’s stealth coating could be expected, as could digital interface upgrades.

The work is expected to take a decade to fully implement “if all options are utilized.” The Department of Defense expects work to be finished by October 31st, 2031.

The United States Air Force is the world’s sole F-22 operator and operates a fleet of 186 Raptors. However, thanks to the so-called Obey Amendment made to the 1998 Department of Defense Appropriations Act, the United States government barred the F-22 from export. The export band combined with the end of Cold War hostilities following the collapse of the Soviet Union drastically reduced F-22 Raptor production to less than 200 from an anticipated 750.

In an interview with Defense News, Lt. Gen. Clinton Hinote, Air Force deputy chief of staff for strategy, integration, and requirements, explained that the F-22 Raptor is essentially a bridge platform until the Air Force can field the Next Generation Air Dominance platform.

The first F-22 prototype made its maiden flight in 1991, and by the time this round of upgrades and improvements are fully implemented, the F-22 will essentially be around 40 years old.

Lt. Gen. Hinote noted that the F-22 is “just not going to be the right tool for the job, especially when we’re talking about defending our friends like Taiwan and Japan and the Philippines against a Chinese threat that grows and grows.”

Though the F-22 is without a doubt one of the world’s best fighter jets, it might be superseded in the near future by 6th generation aircraft, some of which have reportedly already flown. But until a wider 6th gen fighter roll-out, America’s flying branch will have to rely on their Raptors.