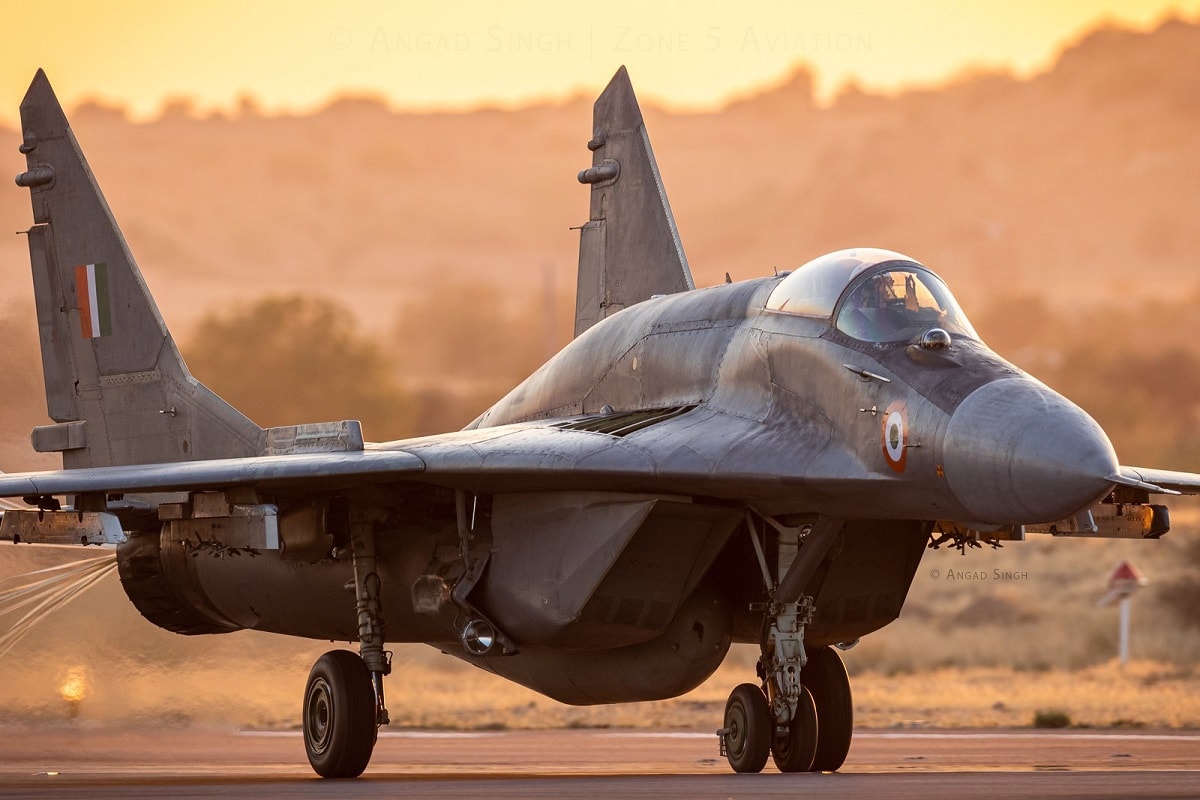 On paper, the North Korean People’s Air Force is by no means small, numbering around 400 airframes. These are, however, not exactly advanced designs, but instead are mostly 1950s and 1960s-era Soviet designs, or Chinese copies thereof. How many of these are flight worthy is unknown for certain, but certainly not all are available at any given time. In addition, North Korean pilots do not enjoy the same amount of support as do the pilots of other countries: their flight experience is likely quite low.

But despite the ancient airframe and inexperienced pilots, there is one exception to the ineffective North Korean Air Force: the MiG-29.

The Mikoyan MiG-29 is a Soviet-designed multirole fighter that originally entered service with the Soviet Air Forces in the early 1980s. The MiG-29’s were originally intended to counter advanced American air superiority fighters like the F-15 Eagle and the F-16 Fighting Falcon. To that end, the advanced fourth-generation fighter can carry a variety of air-to-air munitions and is highly maneuverable. Perhaps the most surprising aspect of the fighter? North Korea builds its own.

The North Korean People’s Air Force operates a number of MiG-29s, estimated at about forty airframes in total. Interestingly, the initial airframes that Pyongyang secured likely came from an October 1986 visit to the Soviet Union by Kim Il Sung. During that visit, Moscow agreed to supply North Korea with their first MiG-29s — at the time one of the Soviet Union’s most advanced fighters.

In the mid-1980s, Pyongyang was able to secure around 24 MiG-29s. And while the MiGs were indeed at the time extremely capable, North Korea did not necessarily have the technical know-how or industrial capacity either to build or to maintain the advanced fighter.

Keenly aware of the degree to which the People’s Air Force depended on foreign assistance for maintaining their small but capable MiG fleet, North Korea sought to maintain their fighters at home. Somewhat surprisingly, Pyongyang was able to secure both a permit as well as the required blueprints and technical knowledge necessary to domestically building and maintaining the 4th generation fighter and freeing them from their reliance on the Soviet Union.

By the late 1990s, North Korea had manufactured around 15 MiG-29s. Though that pales in comparison to the many hundreds of fighters manufactured in both the United States and Russia each year, a capable domestic production line was nevertheless a boon to the North’s paltry air force fleet.

So despite being poorly supported, North Korea — against the odds — is able to build a surprisingly advanced air superiority fighter domestically. Homemade MiG-29s allow the People’s Air Force to present a credible threat to the South and are North Korea’s ace in the hole.