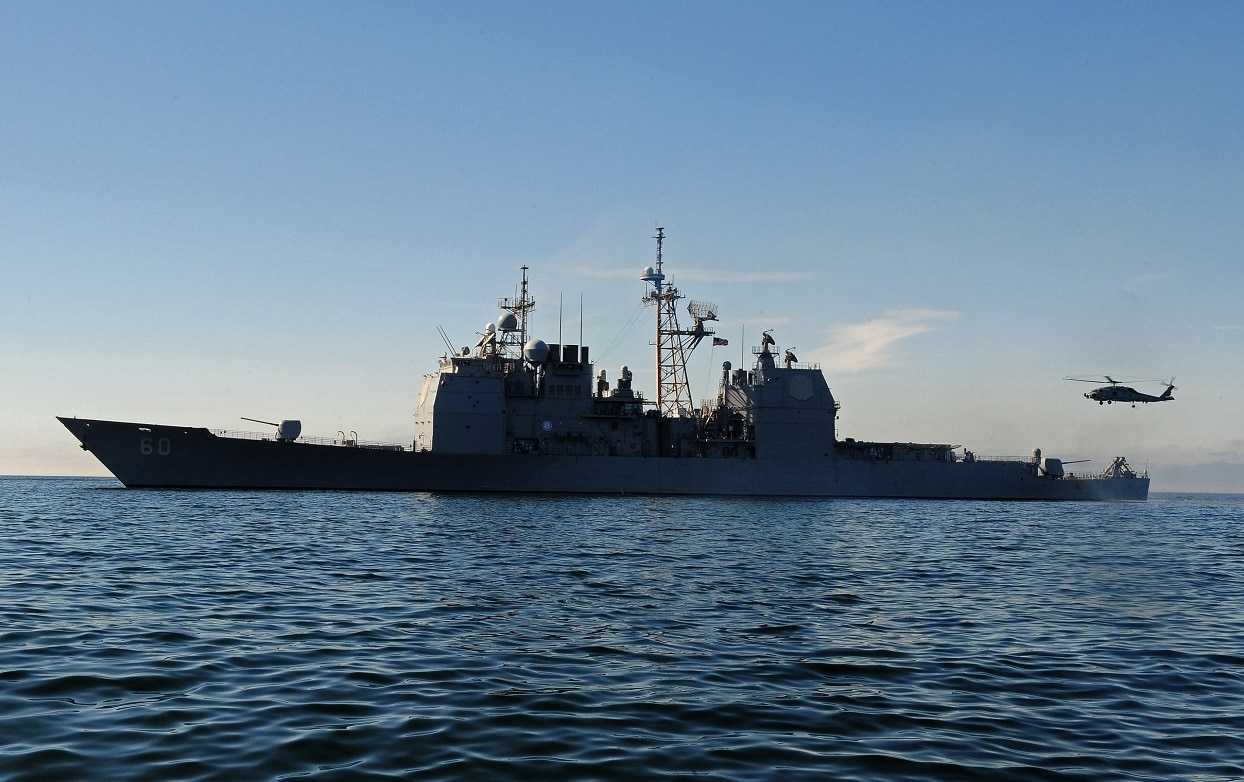 Here’s How the Navy Could Protect Guam from China’s Missile Threat: By stationing Ticonderoga-class cruisers around the island, the Navy could stand up a credible defense of the island in a short amount of time.

Guam is one of the United States’ most important islands in the Pacific. Along with Saipan and Palau, the three islands form America’s western-most presence and are roughly as far west as Japan. Given the island’s strategic importance, it is little surprise that the United States Navy wants to prioritize its defense against a Chinese incursion or attack.

An effective defense of the islands, and most especially Guam, would keep American naval and air assets in the game and respond to situations throughout the region. A concerted defense, particularly from the burgeoning Chinese missile threat, is a tall order, however.

Though the Navy is working on a land-variant of their AGEIS missile defense system, AGEIS Ashore, the Indo-Pacific command has previously estimated a deployment date of 2026. However, until the AGEIS Ashore system deploys, the islands have to rely on Arleigh Burke-class destroyers and their onboard Aegis Ballistic Missile Defense Systems.

There is another solution that would provide the islands with protection from a ballistic missile attack and free up Arleigh Burke-class destroyers previously tasked with island defense.

A recently published paper by the Heritage Foundation, a conservative Washington, DC-based think-tank, hypothesizes that the Navy could repurpose some of their aging Ticonderoga-class cruisers for island defense. Despite their age (the oldest Ticonderoga-class cruisers in active service over three decades old), the Navy cruisers are equipped with a powerful air defense system.

“Ticonderoga-class cruisers were designed to provide air defense to carrier strike groups, with later upgrades that enabled ballistic missile defense. As retired Admiral and ex-Commander of INDOPACOM Harry Harris recently argued, any future defense system for Guam must be integrated across numerous systems—these cruisers do that already,” the paper explains.

The paper points that although the Ticonderogas radar system is aging, they are equipped with the right mix of systems to offer commanders a viable air defense capability. “With this in mind, these ships could serve as an operational test bed for integrating newer systems, such as the Army’s highly capable TPY-2 radar, into the targeting of the 120 missiles carried in the cruiser’s vertical launch system.”

Unlike the Navy’s still-capable Arleigh Burke-class destroyers, which are temporarily moored around the island, the Ticonderoga cruisers could be stationed there more permanently. “Guam offers several protected anchorages that a moored BMD [Ballistic Missile Defense]-capable cruiser could move between without having to conduct prolonged navigation,” the paper suggests.

“This potentially obviates the need for the Navy to man or maintain these ships for independent at-sea operations—potentially escorted or towed between mooring sites.”

Missile Defense for Guam: What’s Next?

Stationing Ticonderogas around Saipan and Palau in addition to Guam could greatly expand the United States Navy’s air defense coverage, from that of mere island defense to a more robust, regional air defense system. It’s an idea worth considering.

Caleb Larson is a multimedia journalist and Defense Writer. He lives in Berlin and covers the intersection of conflict, security, and technology, focusing on American foreign policy, European security, and German society