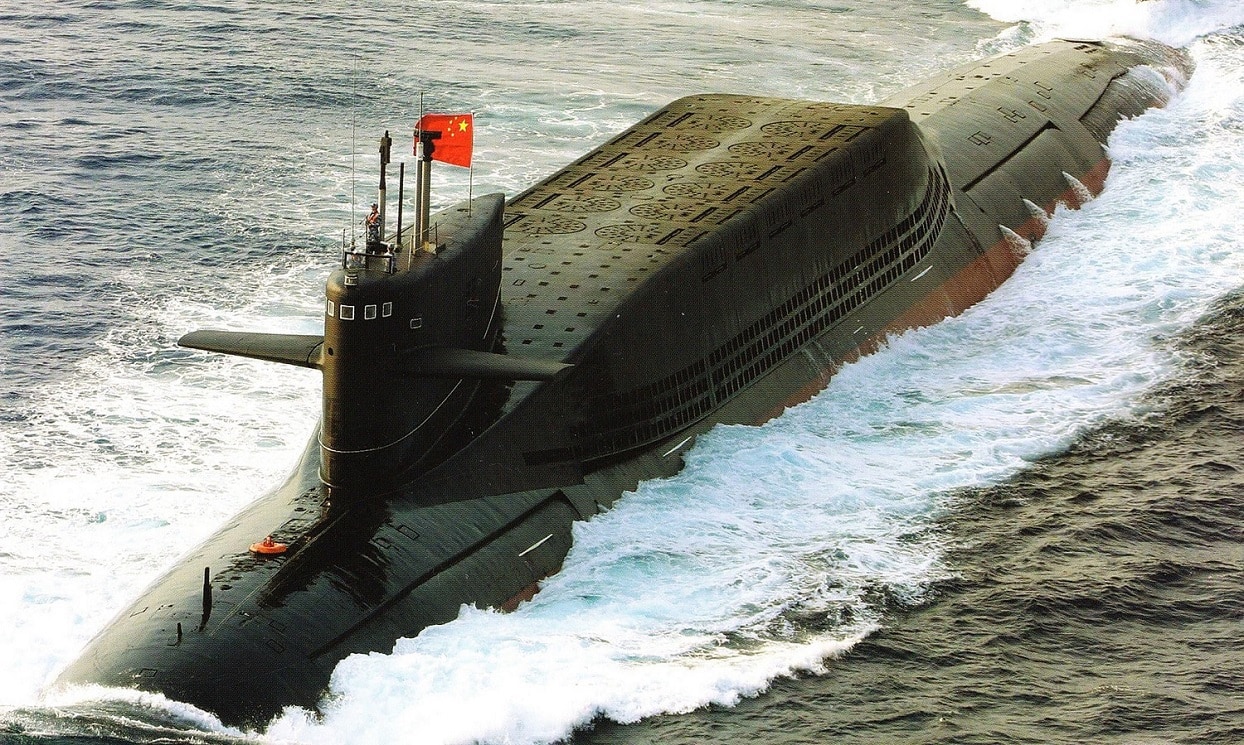 The Department of Defense is Worried About China’s Submarines: An annual report on the state of the Chinese military sheds light on the People’s Liberation Army Navy’s rapid submarine modernization.

The document explains that China’s “six operational JIN SSBNs [also known as Type 094], which are equipped to carry up to 12 CSS-N-14 (JL-2) SLBMs, are the country’s first viable sea-based nuclear deterrent. The PRC’s next-generation Type 096 SSBN reportedly will be armed with a follow-on SLBM, and it will likely begin construction in the early- 2020s.”

Though not known definitively, experts put the JL-2 missile range at about 8,000 to 9,000 kilometers or 5,000 to 5,600-miles. Of particular note considering the missile’s range is Yulin Naval Base, off the coast of Hainan Island, where the PLAN bases most of their Jin-class submarines.

“Based on the 40-plus-year service life of the PRCs first-generation SSNs, the PRC will operate its JIN and Type 096 SSBN fleets concurrently,” the report explains. “The current range limitations of the JL-2 will require the JIN to operate in areas north and east of Hawaii if the PRC seeks to target the east coast of the United States.”

The American east coast is nearly 7,400 miles from the submarine base and thus out of range from Chinese home waters. Hawaii is significantly closer, however, just 6,000 miles distant. However, Guam, quickly growing in importance as one of the United States’ westernmost nodes in the Pacific, is a mere 2,300 miles from Yulin.

“As the PRC fields newer, more capable, and longer-ranged SLBMs such as the JL-3, the PLAN will gain the ability to target the continental United States from littoral waters, and thus may consider bastion operations to enhance the survivability of its sea-based deterrent,” the DoD report states. “The South China Sea and Bohai Gulf are probably the PRC’s preferred options for employing this concept.”

Although the PLAN would struggle to hit parts of the American mainland from home waters, China could strike closer locals — Alaska, Guam, Hawaii, and increasingly the west coast — with increasing impunity. In combination with China’s nascent nuclear triad and a sophisticated second-strike capability, the Department of Defense has reason to ring alarm bells.