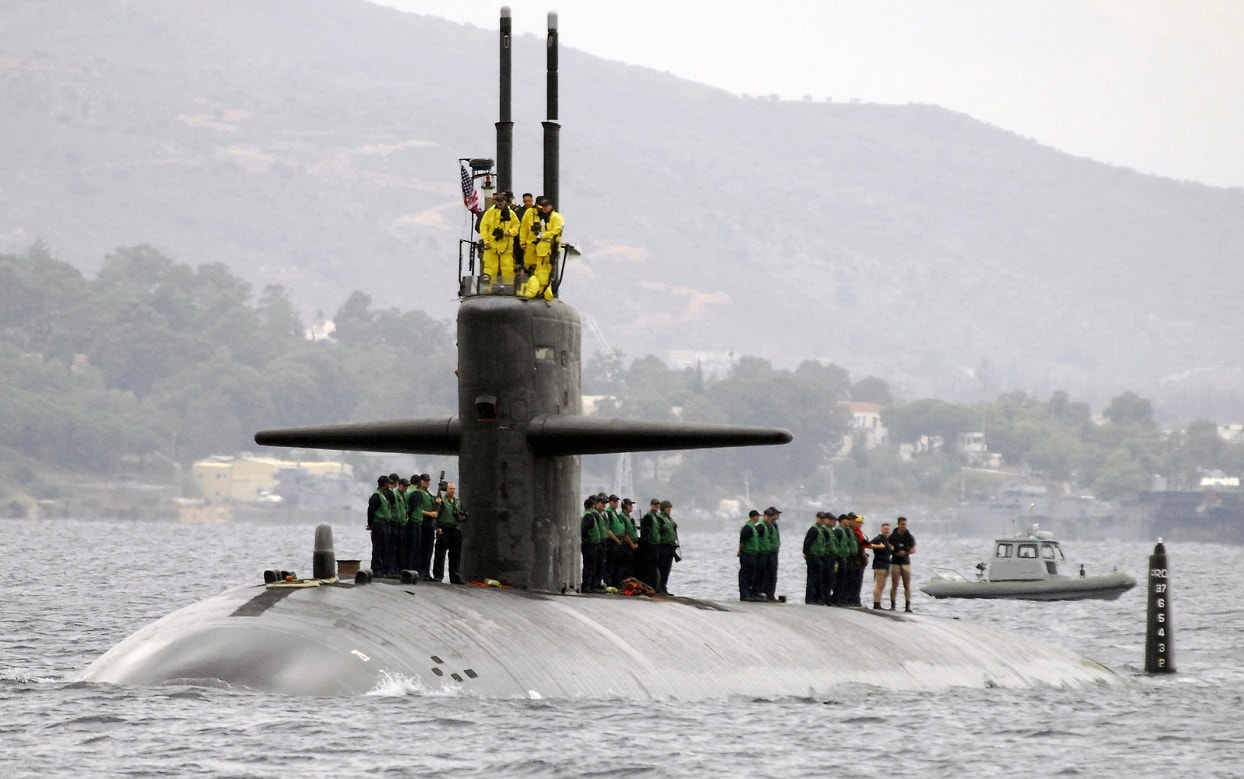 It was way back in November 2002 when a U.S. Navy submarine, USS Oklahoma City, accidentally collided with an unidentified vessel near the Strait of Gibraltar.

The three hundred sixty-foot, nearly seven thousand-ton USS Oklahoma City, a nuclear-powered attack submarine that is usually armed with Tomahawk cruise missiles, Mk-48 torpedoes, and Harpoon missiles, “came into brief contact with another vessel” when it was rising to a depth from which it could use its periscope, the Navy’s Sixth Fleet said.

No one was reportedly injured in the incident, and the damage to the submarine was apparently limited to the periscope and sail areas.

After a short investigation, it turned out that the vessel in question was a tanker that was owned by a Norwegian shipping company. The Navy had initially confirmed that it had no explanation for the accident.

“The sub’s crew spotted a merchant ship in the area immediately afterward but could not establish radio contact,” wrote the Associated Press.

“The shipping company Leif Hoegh & Co. of Oslo, Norway, announced that a liquid natural gas tanker, the Norman Lady, was struck … by a ‘submerged object’ near the Strait of Gibraltar. The announcement did not identify the submerged object, but Navy officials said it clearly was the Oklahoma City,” it continued.

Thor Jorgen Guttormsen, the president of the shipping company, noted that the tanker at the time was heading from Barcelona, Spain, to Trinidad. He added that “seawater leaked into the double bottom dry tank area, but there was no oil leak.”

According to the wire service, “it is standard procedure for a submarine’s crew to take sonar readings and use other established methods to ensure that no obstacles are on the surface before the sub ascends to periscope depth and reaches the surface.”

In describing the known damage, “Navy officials in Washington said the radar mast on the sail section would not raise, one of the periscopes would not lower and some doors to the sail were jammed.”

It was just a year earlier in February when the Los Angeles-class attack submarine USS Greeneville, while conducting an emergency surfacing drill, struck a Japanese fishing boat off the coast of Hawaii. The collision eventually sunk the Ehime Maru, killing nine on board, most of whom were just teenagers.

The incident set off a storm of protests in Japan and a high-profile investigation of the submarine’s crewmembers, who were faulted for not spotting the Japanese vessel before the accident.

The families of the thirty-three people who were aboard the Japanese fishing boat eventually received a $13 million compensation package from the U.S. Navy.