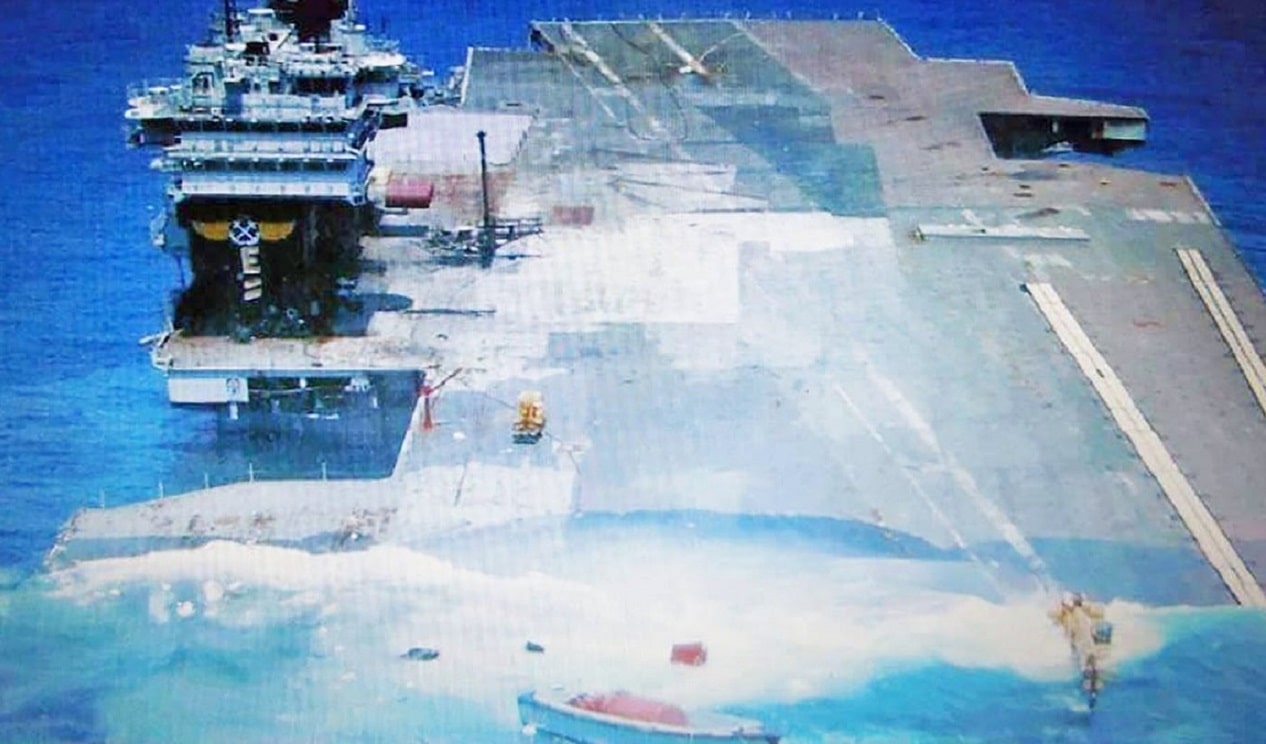 USS America (LHA-6) is the lead ship of the United States Navy’s newest class of amphibious assault ships, and she is also the fourth U.S. warship to be named for the United States of America. With a displacement of 45,000 tons, she is as large as the aircraft carriers in service in other navies around the world, yet she is still smaller than CVA/CV-66, the Kitty Hawk-class supercarrier that was in service from 1967 until 1996.

The conventionally powered USS America (CVA-66) was built at the Newport News Shipbuilding Co., Newport News, Virginia, and initially commissioned as an attack aircraft carrier, she spent much of her career in the Atlantic and Mediterranean. However, she did make three Pacific deployments during the Vietnam War, and in 1975 was designated as multi-purpose aircraft carrier CV-66. In that role, USS America took part in combat operations in the Persian Gulf War’s operations Desert Shield and Desert Storm.

Among her later deployments was with the nuclear-powered Nimitz-class carrier USS Dwight D. Eisenhower (CVN-69) as part of Operation Uphold Democracy, the military September 1994 intervention to remove the military regime installed by the 1991 Haitian coup d’état that overthrew the elected President Jean-Bertrand Aristide. Both flattops were deployed with a large contingent of U.S. Army helicopters but no air wings.

A year later, USS America was deployed as part of Operation Deny Flight and Operation Deliberate Force, in association with the UN and NATO, and also flew missions in support of Operation Southern Watch over Iraq. She then made a port-of-call visit to Valletta, Malta in January 1996, becoming the first U.S. Navy carrier to visit the historical port in nearly a quarter of a century.

While scheduled to undergo a Service Life Extension Program (SLEP) in 1996, instead CV-66 fell victim to budget cuts and was retired early. She was already in bad shape by that time – suffering an elevator mishap, while she was known to leak fuel and steam, all the result of reportedly sailing through a hurricane.

There had been calls to see her preserved as a museum ship, but given the state of the warship, USS America was instead used as a naval target during a classified SinkEx in 2005. She remains the only supercarrier to have been sunk – but it wasn’t exactly easy.

Lacking the armor of past battleships, she did have a double-layered hull while her internal compartmentalization was far better than the World War II battle wagons. The Navy did use the live-fire sinking to aid in the design of future carriers including the then still-in-development Gerald R. Ford-class. There had been some objections to the deliberate sinking of a ship named America, but in the end, it was seen that this would be a final and vital contribution to the country’s national defense.