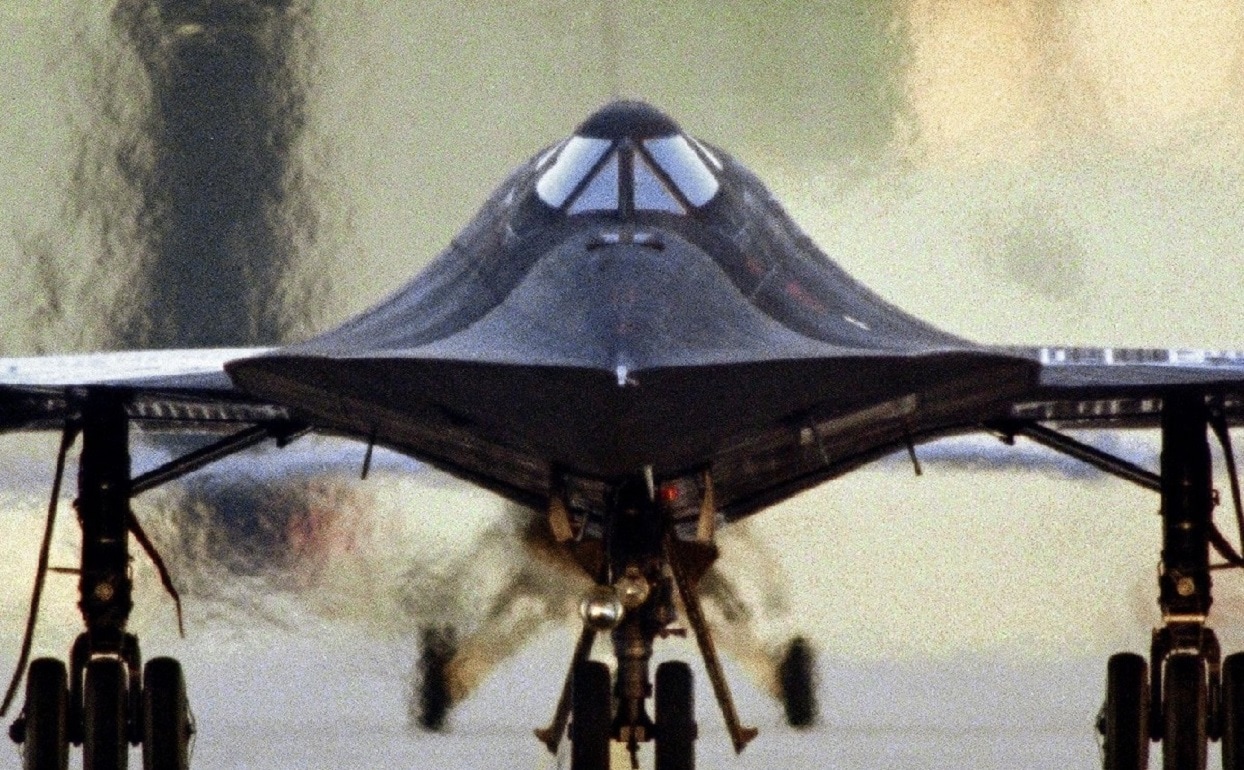 The SR-71 Blackbird—arguably the most iconic aircraft of the Cold War—was a long-range, high-altitude, Mach 3-plus strategic reconnaissance spy plane that was developed and manufactured by Lockheed Corporation.

Throughout its distinguished nearly twenty-four-year career, the Blackbird was considered the world’s fastest and highest-flying operational aircraft—and with such next-generation capabilities, it is no surprise that the pilots who flew it have plenty of fascinating tales to tell.

In Richard H. Graham’s book SR-71 Revealed The Inside Story, he recounts the time when he accelerated his HABU (Habu is a nickname sometimes used for the SR-71) to Mach 3.2 in an effort to deny an F-15 pilot an “easy” simulated kill during a training sortie.

“We flew the HABU as a high-altitude target for the F-15’s only on our infrequently scheduled ‘DEBBIE’ training sorties. We were the fighter’s ‘training aid,’ but it provided us with some valuable training and insight as well. I think it’s common knowledge that our aircraft and pilots are the finest in the world and if anyone could shoot down an SR-71, it would be one of our own,” he writes.

“Our pre-briefed mission required us to fly a specific track, at Mach 2.8 and no higher than seventy thousand feet. In addition, we were required to fly over a designated point in space (the IP) and call our time out from the IP in one minute intervals starting five minutes back. If that wasn’t enough, we would dump some fuel at the IP to help the fighters get a visual ‘tally’ on us. After each mission, we would debrief by phone, and the F-15 drivers would report ‘four AIM-7’s launched, four kills on the HABU,’” he continues.

Along with another pilot named Jim, Grzebiniak noted that the next target sortie came with it an unexpected situation.

“We were scheduled to make two passes over the intercept track. The F-15 guys were excited to have another chance to ‘smoke’ the HABU. On the next pass, Jim and I flew the plan as briefed. One minute calls from the IP, on course, on altitude, Mach 2.8, ‘here’s some fuel dump guys, come and get us.’

The next pass was different. I said to Jim that our F-15 jockeys are the best in the world, let’s give them a challenge. Jim and I knew that we were flying our favorite jet, tail number nine hundred sixty-two—she never let us down.

We came down the track to the IP, making our one-minute calls, but there was no fuel to dump because we were at eighty-six thousand feet and Mach 3.2. The inlet doors were slammed shut and the jet was purring like a kitten. I made a shallow ten degree bank turn, not so much to foil the F-15 ‘s intercept, but to allow Jim to see the contrails flailing below us,” he writes.

“In the phone debrief after the mission, the F-15 flight lead reported ‘four shots and four kills’ on the first pass and mumbled something about radar problems and no kills on the second pass. Even with the world’s best planes, pilots, and missiles, it would take “a golden BB” (a lucky blind shot by the enemy) to bring down a HABU,” he concludes.