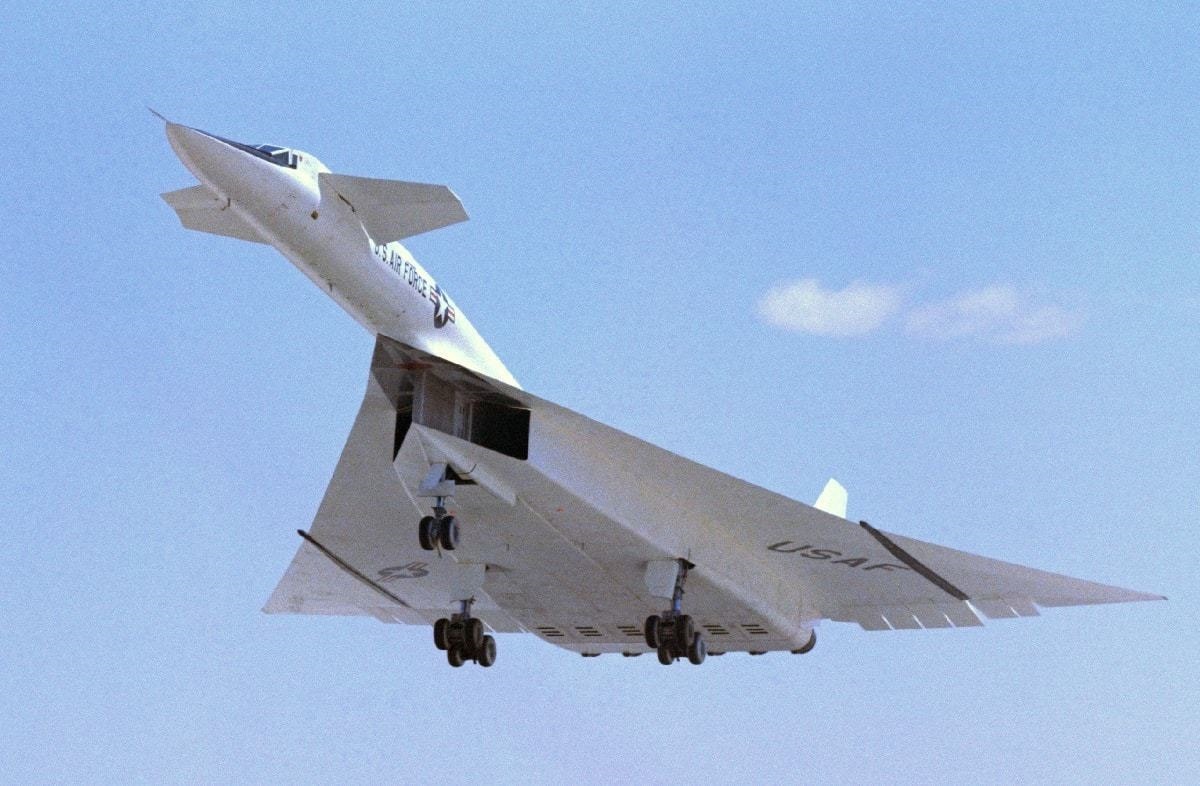 XB-70 Valkyrie Transformed into the ‘Concorde’ – A Short History: According to released documents, the U.S. military considered transforming its massive experimental XB-70A Valkyrie supersonic bomber into a commercial aircraft to rival the Anglo-French-built Concorde SST. That was one of several alternatives uses that the United States Air Force and defense contractor North American Aviation considered after the Pentagon essentially “shot down” the supersonic but super expensive aircraft.

Other considerations included launching intercontinental ballistic missiles (ICBMs) and even a platform to deliver NASA space capsules to near-earth orbit. However, the Valkyrie’s designers explored ways that the aircraft could be modified as a passenger aircraft that could carry up to 80 paying customers. Another consideration was how the aircraft would be transformed into a transport aircraft – offering the internal storage of a C-133 or KC-135 but with the speed to get packages around the globe in true record time.

What is notable about the passenger concept is that this was considered in the late 1960s and early 1970s, before the Concorde made its first Transatlantic crossing in September 1973.

It isn’t hard to see the similarities in the overall design of the XB-70 and the Concorde.

However, the futuristic-looking XB-70A, with its delta-wing profile, had been conceived before any consideration was likely given to the Concorde and development of a high-altitude, nuclear strike bomber that could fly at Mach 3 – or three times the speed of sound – and reach 70,000 feet, began in the late 1950s. The goal was to have a bomber that could fly so high and fast that any enemy, notably the Soviet Union, couldn’t have easily defended against it – but just as the aircraft was being developed, missile technology was improved.

XB-70A Valkyrie: Obsolete Before it Flew

By the early 1960s, the latest surface-to-air missiles (SAMs) proved to be a threat, even to such high-flying bombers. Additionally, it was expected that each aircraft would cost an estimated $24.5 million ($237 million in today’s money), which proved simply far too expensive – especially as less costly ICBMs were entering service.

The program was actually canceled before any of the prototypes were completed, and that could have resulted in a flightless Valkyrie. However, the Air Force opted to move forward with its two aircraft, which were used in a research program to test aerodynamics, propulsion, and other characteristics of such a large supersonic aircraft. The first of the two prototypes that were eventually built flew for the first time on Sept. 21, 1965 while the second took flight on July 17, 1965. Both were used in a number of research flights that were conducted as a joint agreement between the Air Force and NASA.

The second of the two aircraft was destroyed following an accidental mid-air collision that resulted in the death of the co-pilot Maj. Carl Cross.

Tests of the first aircraft continued until the program came to an end in 1969. Valkyrie AV-1 (AF Ser. No. 62-0001) is now on display at the National Museum of the United States Air Force at Wright-Patterson AFB near Dayton, Ohio.