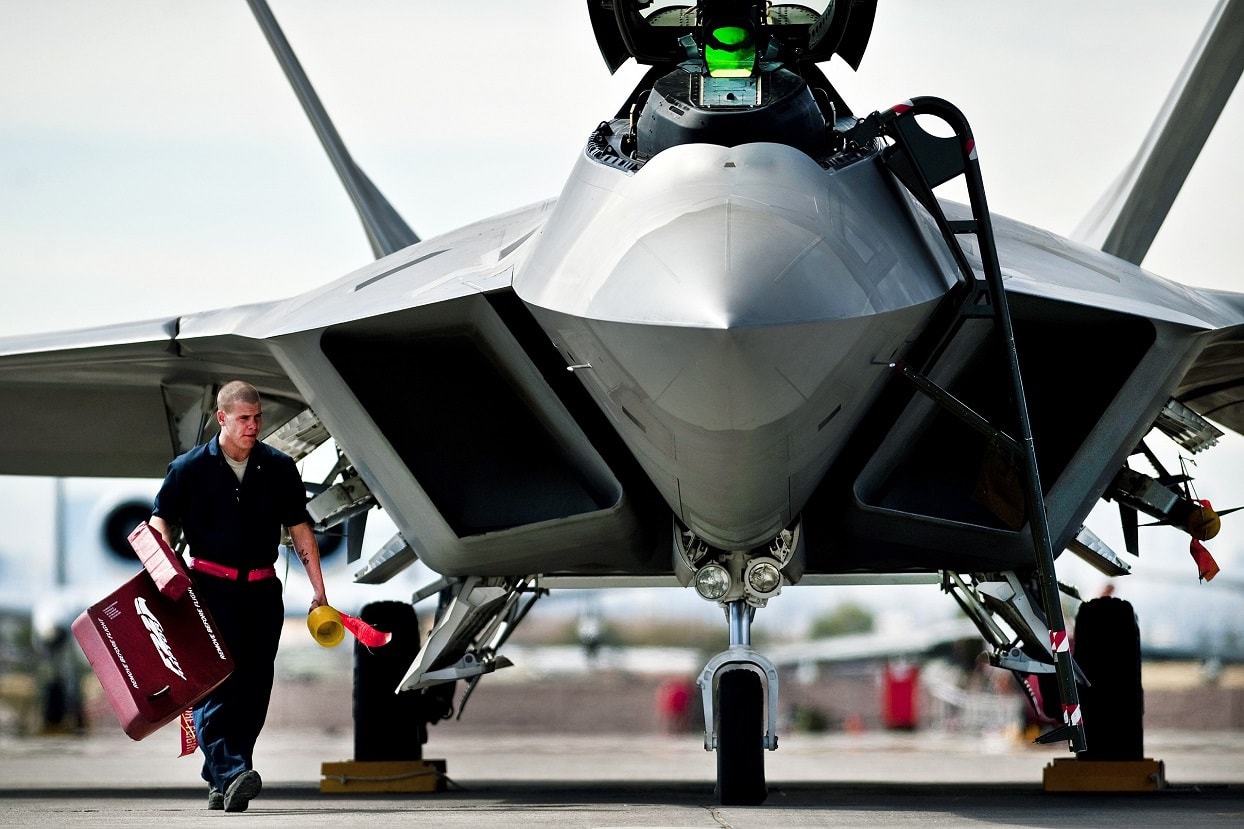 Could the F-22 Have Replaced the F-14 Tomcat on Aircraft Carriers? The U.S. Navy had an ambitious idea some years back. Why not use the Air Force’s research and development on the F-22 program and build on that know-how to acquire a stealthy F-22 “Sea Raptor” that could launch from an aircraft carrier?

The idea had its merits. The navy needed a fifth-generation fighter and the F-14 Tomcat was getting long in the tooth. But the F-22 was going to need a variable swept-wing design and engineers deemed this expensive to create and the new model could have even affected the stealthiness of the F-22.

Naval defense planners and some Members of Congress in the early 1990s looked at the F-22 and got excited at what looked like some interesting possibilities. This was an airplane that had stealth characteristics right from the beginning. It had won a competition with the YF-23 and looked to be dominant. Why not purchase a variant that could take off and land from an aircraft carrier?

What About Stealth Characteristics?

But putting an F-22 on an aircraft carrier was easier said than done. The F-22 fuselage needed to be stronger to launch from a catapult and swept wings were required to slow the airplane down to a speed it could be arrested upon landing. These changes would have affected the radar evasion capabilities of the F-22. Swept wings were costly to maintain on the Tomcat so the Navy was figuring in an added price tag to the acquisition program.

Instead of the F-22, the Navy  years later ended up getting the stealthy F-35C Lighting II to be carrier-borne with folded wings. This summer marked the first deployment of the F-35C on the Carl Vinson Carrier Strike Group. The F-35C has highly evolved sensors that can “manage” a battle in the air. It can also conduct intelligence, surveillance, and reconnaissance and pass this data to all warfighters. The F-35C can fly at MACH 1.6 and has a range of 1,200 nautical miles.

Could the F-22 Be Launched From a Carrier in a Shorter Timeframe?

But the U.S. military did not award the F-35 to Lockheed Martin until 2001 and the carrier version was not deployed until this year. Perhaps the Navy could have more quickly achieved its stealth goals with an F-22 Sea Raptor. The first flight of the Raptor was in 1997. Figure in four years to get it carrier-ready and the navy could have been in business with a stealth fighter by 2001, instead of waiting for the F-35C to be ready 20 years later.

This is all speculation of course. One could argue that during the Global War on Terror in the skies over Iraq and Afghanistan, the Navy did not often need a stealth fighter until now when preparing for potential conflict and dog fights with threatening states such as Russia and China. The F-35C is also specifically designed for carriers, unlike the F-22 which would have required a difficult upgrade that may have cost it reduced levels of radar-evading capabilities.

All’s well that ends well. The F-35C is flying from carriers and the F-22 is with the Air Force and the branch just got almost $11 billion to modernize the Raptor. It took many years, but the Navy finally got its stealth fighter.