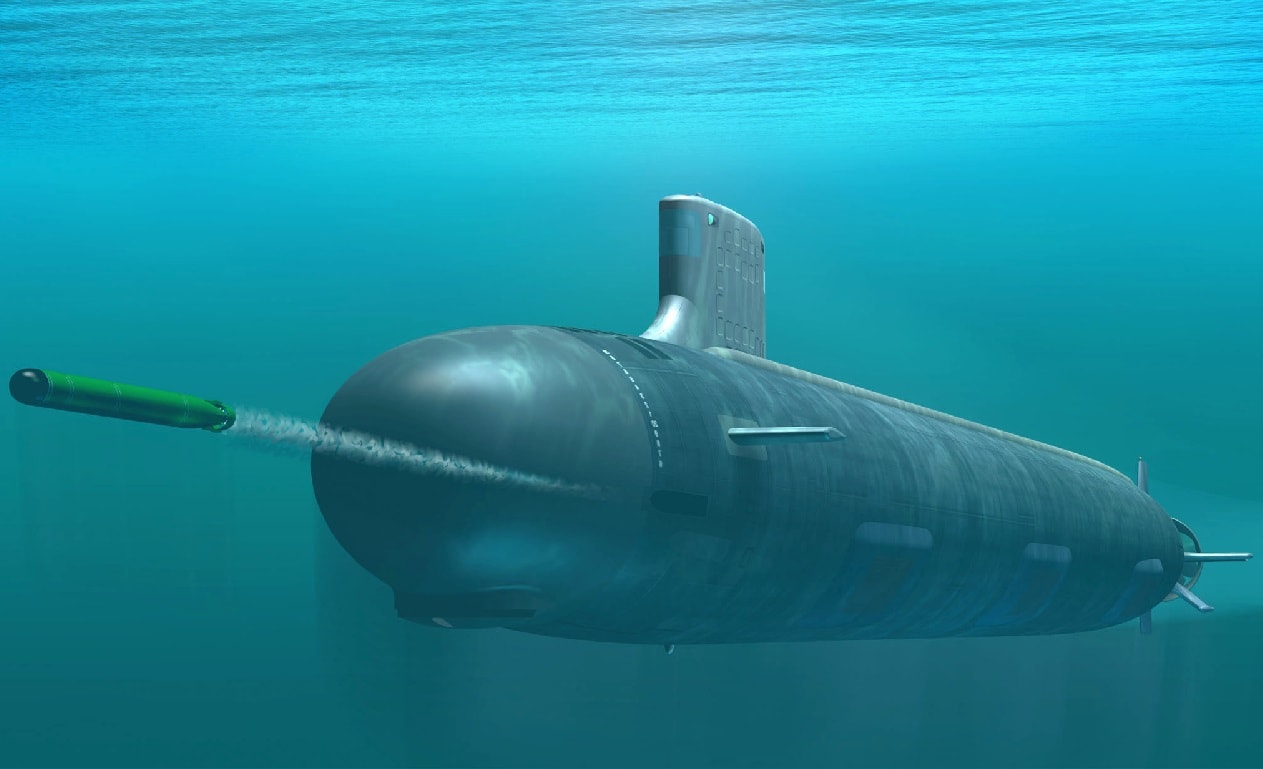 This conceptual drawing shows the new Virginia-class attack submarine now under construction at General Dynamics Electric Boat in Groton, Conn., and Northrop Grumman Newport News Shipbuilding in Newport News, Va. The first ship of this class, USS Virginia (SSN 774) is scheduled to be delivered to the U.S. Navy in 2004. U.S. D.O.D. graphic by Ron Stern. (RELEASED)

The Great Depth Charge Comeback: Depth charges have changed little since World War II. Essentially barrels packed with high-explosive, depth charges were a potent part of Anti-Submarine Warfare. Since eclipsed in effectiveness by modern torpedoes, they were at the time one of the only effective methods for sinking enemy submarines from the ocean surface during the Second World War and the years following.

Depth charges are dropped into the water at ship sterns, and depend on a carefully choreographed coordination between the man at the sonar, estimating enemy submarine depth, and depth charge crews who tossed the explosive charges out and into the water.

Success was not always guaranteed. There were several innovations to the depth charge, one of which saw explosives launched from ship’s bows, in a mortar-like fashion. The so-called Hedgehog anti-submarine system saw groups of contact-fused mortars launched 600 feet or so in front of ship bows, in a semicircle pattern 150 feet in diameter. And, packed with Torpex, an explosive that is 50% more powerful than TNT — they were incredibly deadly.

A novel concept from BAE Systems would in essence see depth charges again launched from the front of ships, as well as a variety of other munitions. BAE describes their Kingfisher system as “capable of delivering depth charges, sonar and other countermeasures from a naval gun on board a warship to provide a persistent, rapid and cost-effective response as part of anti-access and area denial operations in the underwater battlespace.”

Kingfisher is essentially a cost-effective method for launching depth charges as well as sonobuoys from 5-inch naval guns. Speaking to Janes’s, a defense and security website, a BAE Systems executive explained that they “started out with a discussion of how we could replace the old Mk 11 Depth Charge with a more novel option,” that could change how anti-submarine warfare is conducted.

“Drawing on technologies and expertise from across BAE Systems, we developed the idea of an underwater explosive charge contained in a round fired from [an] Mk 45 gun.” The mechanics of what that would look like in practice can be seen here and is worth the watch.

Though depth charges have mostly been phased out in navies the world over thanks to modern torpedo technology, BAE’s novel concept could bring them back. Watch this topic for further additional information.

Caleb Larson, a defense journalist based in Europe and holds a Master of Public Policy degree from the Willy Brandt School of Public Policy. He lives in Berlin and writes on U.S. and Russian foreign and defense policy, German politics, and culture.