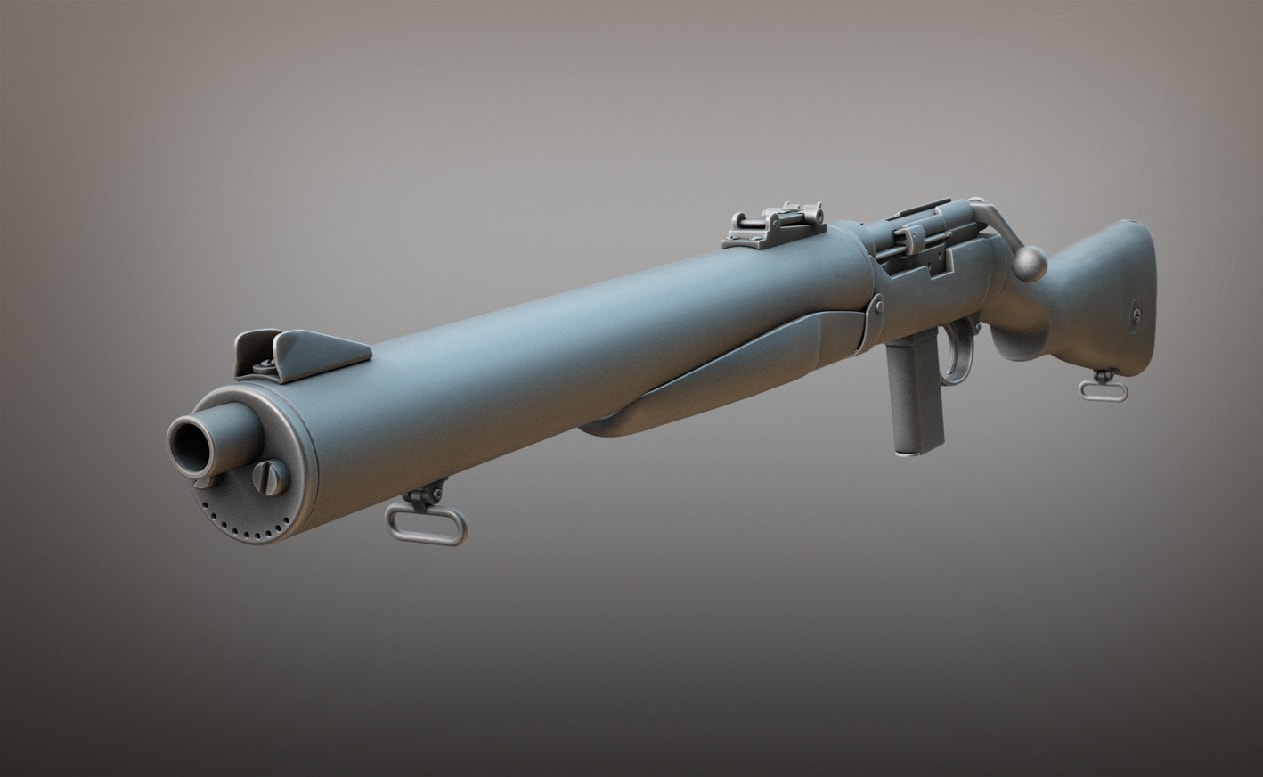 De Lisle Carbine Rifle: A 2 Minute History – The odd-looking De Lisle carbine was the Frankenstein monster of rifles, made up of pistol, rifle, and submachine gun parts.

The De Lisle rifles were originally conceived in 1942, with prototypes made in 1943. The rifle itself began as a heavily modified British Lee–Enfield bolt-action rifle and was essentially an amalgamation of several weapons: a British Lee-Enfield stock with a modified receiver, and an American Thompson submachine gun barrel that fed from American pistol magazines.

As the carbine used a Thompson submachine gun barrel, naturally it was chambered in .45 ACP — not only that, but the rifle was modified to accept M1911 magazines, as well as higher 11-round capacity M1911 derivative magazines.

The Secret to Success

The reason for the De Lisle’s incredibly quiet operation was due to two factors: the nature of the .45 ACP ammunition it was chambered in, and the large sound suppressor integrated onto the rifle.

Unlike rifle cartridges which are inherently supersonic, the .45 ACP cartridge is not — and therefore does not produce a sonic boom, making the cartridge significantly quieter, even without a silencer.

And the silencer was quite large, running the entire length of the barrel and past, enveloping it completely. Inside the De Lisle’s suppressor, a spiraled baffle served to channel and slowly allow propellant gasses to cool and expand. An interesting video of a reproduction De Lisle can be seen above and is worth the watch.

In addition, some of the De Lisle’s bolt-action operation was further muffled by adding a wooden or bakelite insert into the bolt handle where the bolt makes contact with the receiver, making the bolt action even quieter. The silenced carbine was meant only for close-range engagements only, which was reflected in the rear sight, graduated for 50, 100, 150, and 200 yards.

At least one prototype De Lisle was manufactured with an under folding stock and was intended to arm airborne soldiers, though only one known folding stock example still exists.

Though production numbers differ, it is estimated that only around 130 of the De Lisle silenced rifles were produced in total. And though the rifles were never mass-produced, at least a few did make their way into the hands of British colonial personnel in Malaysia. One of the only known post-war photographs of the De Lisle depicts what is thought to be a British farmer sitting at a bar in Malaysia with a De Lisle slung over his shoulder.