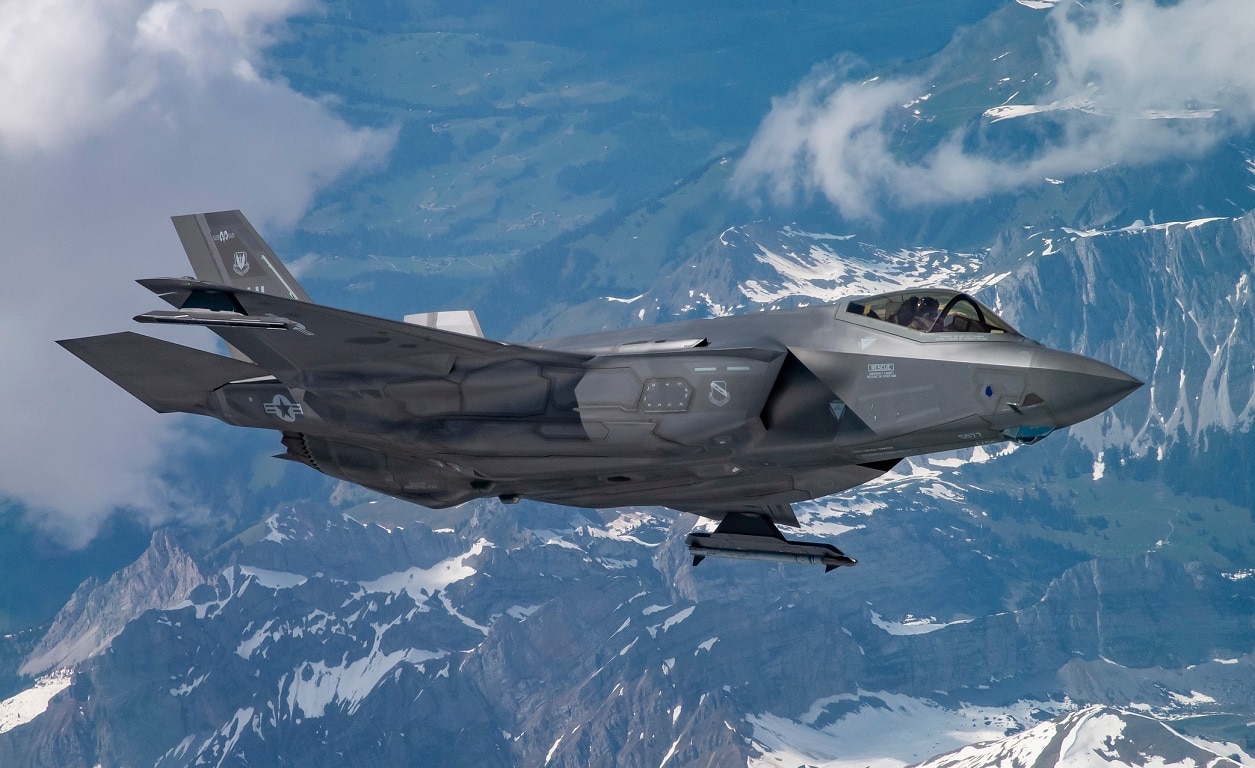 F-35A air-to-air during flight test evaluations in Switzerland. This image is cleared for use by Swiss Armasuisse, Nadine Schröder

Despite pressure to ditch the stealthy F-35 fighter, the Swiss might soon decide to go all-in: Switzerland inked an F-35 deal with the United States, bringing the country’s air force modernization program, Air2030, closer to fruition.

“[A]rmasuisse [Switzerland’s federal defense procurement agency] has agreed contract terms with the US government for the purchase of the F-35A fighter aircraft and the Patriot longer-range ground-based air defence system,” a notice from the Swiss Federal Council reads. “The planning decision on procuring the fighter aircraft, which has been approved by Swiss voters, allows for a financial cost of CHF 6.3 billion, taking into account inflation forecasts up to 2031 and anticipated payments.”

Wrench in the Works

The journey here was somewhat complicated, however.

Although the Swiss Federal Council decided to buy 36 F-35A jets earlier this summer, the effort to upgrade the Swiss Air Force is still technically in jeopardy thanks to a pacifist organization, The Group for Switzerland without an Army.

The group began collecting signatures from Swiss citizens shortly after the referendum, proudly announcing their goal to make the American “luxury fighter jet crash at the ballot box!” The group claims that the F-35 has several problems, describing the fighter as “error prone.” It also claims that the F-35 platform has over 800 engineering defects and that “almost a dozen of which are so serious that they can lead to the crash of the plane or otherwise become life-threatening for the pilots.”

Although the F-35 platform has had a handful of accidents — some attributed to pilot error or foreign object engine ingestions — the platform is not considered error-prone or unreliable.

The group also claimed “the US secret service will always be in the F-35 cockpit,” an untrue claim for sure.

One of the group’s main qualms is Swiss neutrality: by flying an American airplane, the say, Switzerland’s neutrality is now in question. Still, the same argument could be made for flying any plane not built and designed in the Alpine country.

Before selection, the F-35 faced off against the F/A-18 Super Hornet, Dassault Rafale, and the Eurofighter Typhoon. As the competition’s only 5th generation stealth fighter, it shouldn’t have been a close competition. However, Switzerland’s Air2030 referendum passed — just barely, garnering 50.1% of the vote. Some postulated that had voters known the Swiss military would choose the American F-35, they would have voted no.

The Group for Switzerland without an Army has 18 months after the Air2030 referendum to collect enough signatures to force another referendum. Still, the new ballot initiative would require a majority of voters and Swiss cantons to pass.

F-35s Coming to Switzerland a Certaintiy?

Though it is probably unlikely that a majority of Swiss voters and cantons would vote against acquiring the F-35 for their Air2030 air force modernization, it is possible. Either way, the F-35 is one step closer to Switzerland.