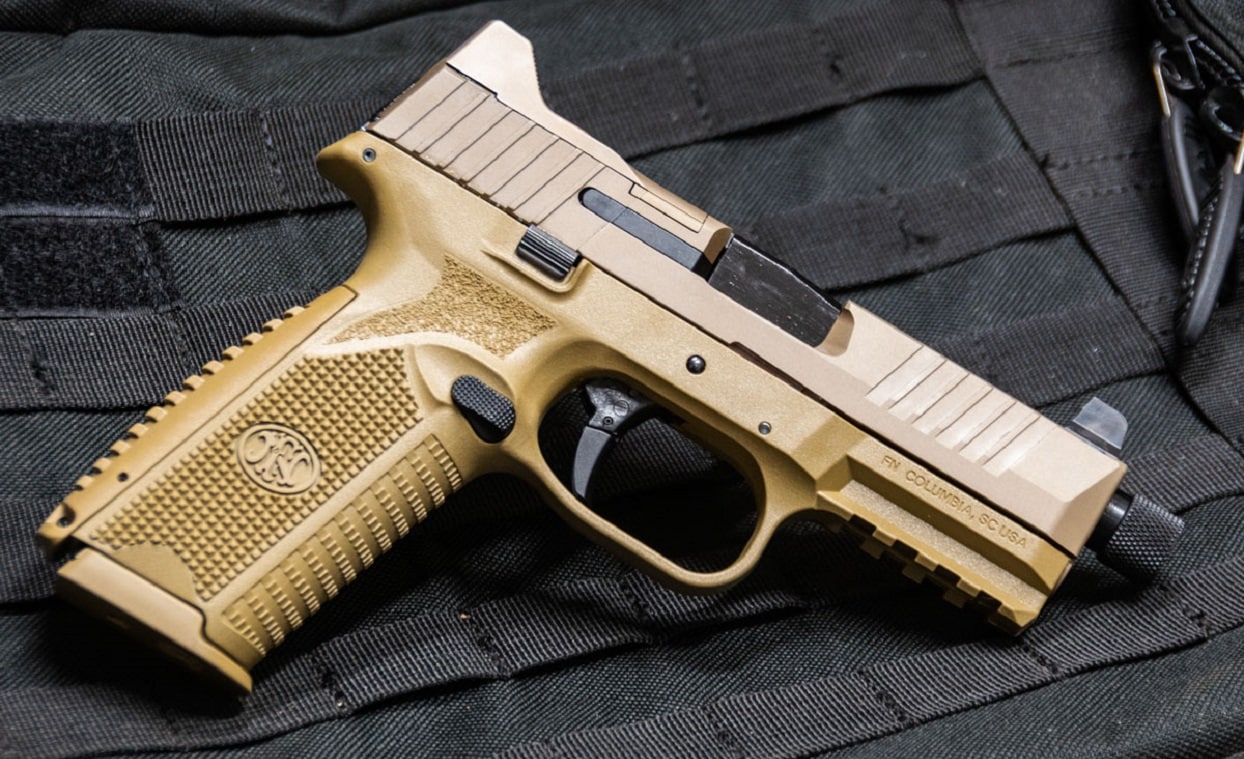 FN Herstal FN 509: Not Good Enough for the Army, But Good Enough for LAPD – Belgium’s Fabrique National Herstal FN 509 handgun had a shot at winning the U.S. military’s competition to replace the Beretta M9. This was known as the XM17 Modular Handgun System trials. While the FN 509 did not make the finals because the competitors were just too strong, it’s worth re-examining because the Los Angeles Police Department did select the FN 509 as its new duty pistol this year.

The FN Herstal’s FN 509 is made at the FN America subsidiary in Columbus, South Carolina. FN America entered the XM17 competition with a polymer-framed, 9mm striker-fired pistol that was based on its FN FNS-9 Compact model. It comes with 10-round and 17-round magazines. The FN 509 has a 4-inch cold hammer-forged stainless steel barrel with an overall length of 7.4-inches. It has a double-action operation and does not have a manual safety. It instead has “four passive safety systems—a striker block, a drop safety, a trigger disconnect and a trigger safety lever,” according to a review in the American Rifleman.

Sights and Grip Are Top-Notch

It has a 5.5 to 7.7-pound trigger pull. At 26.9 ounces, it’s lighter than the CZ P-09 – another losing entrant in the competition. There are fixed three-dot luminescent sights. The sights are lifted to allow for precise shooting if a suppressor is equipped. It has a polymer grip to allow for changeable backstraps. The grip has plenty of texture to prevent slippage. There are Picatinny rails for accessories. Magazine releases and slide locks are ambidextrous.

One Loss, But One Big Win

The FN Herstal FN 509 wasn’t chosen by the Army, but the competition yielded a great design and performance. So good, in fact, that the LAPD brought FN Herstal some excellent news this year. Those 10,000 LAPD officers will not carry Glocks or Sigs, they will be outfitted with the FN 509.

The FN 509 simply performed better than the competition for the LAPD requirements against six other guns. It was measured on a 20,000-round endurance qualification, which it completed with no malfunctions. LAPD liked the way it met all the maintenance requirements, and it was impressed that red-dot optic accessories from many different manufacturers could easily be added.

LAPD may have been surprised at how well the FN 509 performed. The 509 is not necessarily well-known and it seems like the U.S. military was going to eventually lean toward the familiarity of Glock and Sig Sauer. And those gun-makers indeed reached the finals with the Sig Sauer M17 and M18 ultimately winning the competition. After the LAPD win, perhaps more police departments around the nation will consider the FN 509.