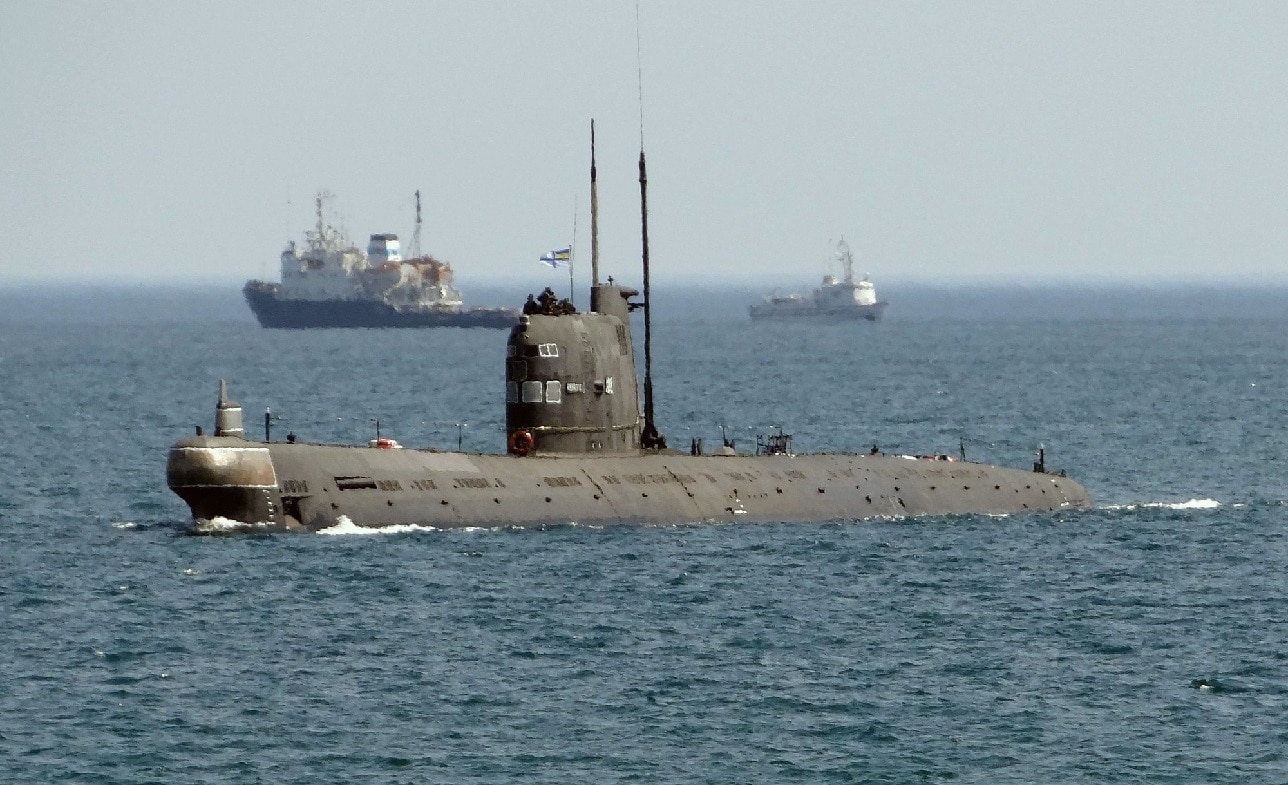 Foxtrot-class, A Short History: The Foxtrot-class of Soviet submarines were nothing remarkable. Built upon obsolete design principles which favored surface sailing, the Foxtrot-class was optimized for travel on the surface.

Consequently, the Foxtrot-class was remarkably slow, and sailed at a modest 16 knots, just over 18 miles per hour. It can be identified by its large bow bulge and World War I-Esque prow. It was also quite cramped. The submarines were diesel-electric, and as such had to reserve an outsize amount of space for their batteries, which were quite large.

The Foxtrot-class had its most well-known (or rather infamous) moment during the Cuban Missile Crisis, considered by so as the closest the world has ever come to World War III and thermonuclear war.

A number of the Foxtrot-class hulls had been sent to Cuba from their base on the Kola Peninsula and were patrolling in the Caribbean. A group of American surface ships observed the submarines and pursued them.

Too deep to establish radio contact, B-59, the commanding ship of a small Soviet submarine flotilla, and the only hull that had not surfaced in response to the U.S. Navy signaling charges, believed that war had broken out.

In addition to its normal torpedos, the B-59 also had a nuclear-tipped torpedo onboard. This torpedo was designed as more of an area weapon, with a force estimated at 4.8 kilotons.

Under normal circumstances, both the commanding officer of the B-59 as well as the ship’s political officer had to jointly agree to use the nuclear-tipped torpedo. Firmly convinced that the signaling charges were actual depth charges and that the flotilla, and by extension the Soviet Union was under attack, the Capitan and political officer strongly advocated for arming and firing their nuclear-tipped torpedo.

Fortunately for everyone involved, the flotilla admiral, Vasily Arkhipov, was also onboard the B-59 and refused to give his consent, overruling the other two officers. Nuclear war had been averted.

Last of its Kind

During the annexation of Crimea, a Ukrainian Foxtrot-class submarine (the Zaporizhzhia, named after a town along the bank of the Dnieper River) was surrendered to the Russian navy.

The Zaporizhzhia is so dated and ineffective, Russia didn’t want it and attempted a return. Perhaps the Foxtrot-class can now, finally, be permanently retired.