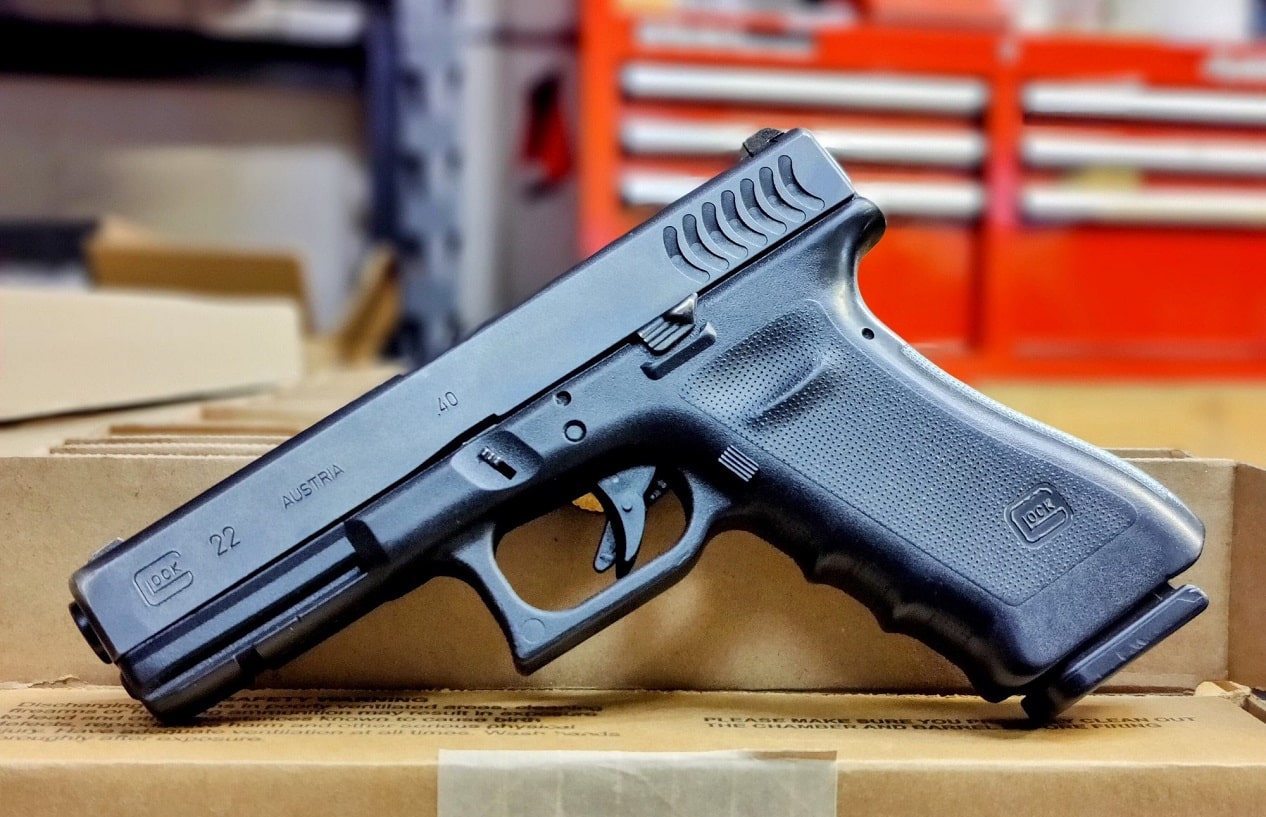 Glock 22: A 4 Minute History – One of Glock’s more controversial pistols, the Glock 22, was the direct result of lessons learned during an infamous gun battle.

The Glock 22 was the first .40 pistol to market, beating out Smith & Wesson. The Glock 22 was actually a Glock 17 adapted to shoot the new caliber ammunition. Although the Glock 17 was chambered in 9×17 millimeters, the .40 S&W round was technically 10×22 millimeters and was thus very similar in dimensions. The basic Glock pistol design could be easily adapted to handle the new round, allowing the Austrian gunmaker to get a leg up on the competition and sell tens of thousands of the new Glocks to local law enforcement agencies across America following the FBI’s lead to a heavier caliber.

The new pistol, named Glock 22, was very similar to the original Glock 17 handgun, a high-capacity, striker-fired semi-automatic handgun. The Glock 22 had an overall length of 8.03 inches, a height of 5.47 inches, and a width of just 1.26 inches—dimensions identical to the Glock 17. The barrel length, 4.49 inches, was also identical.