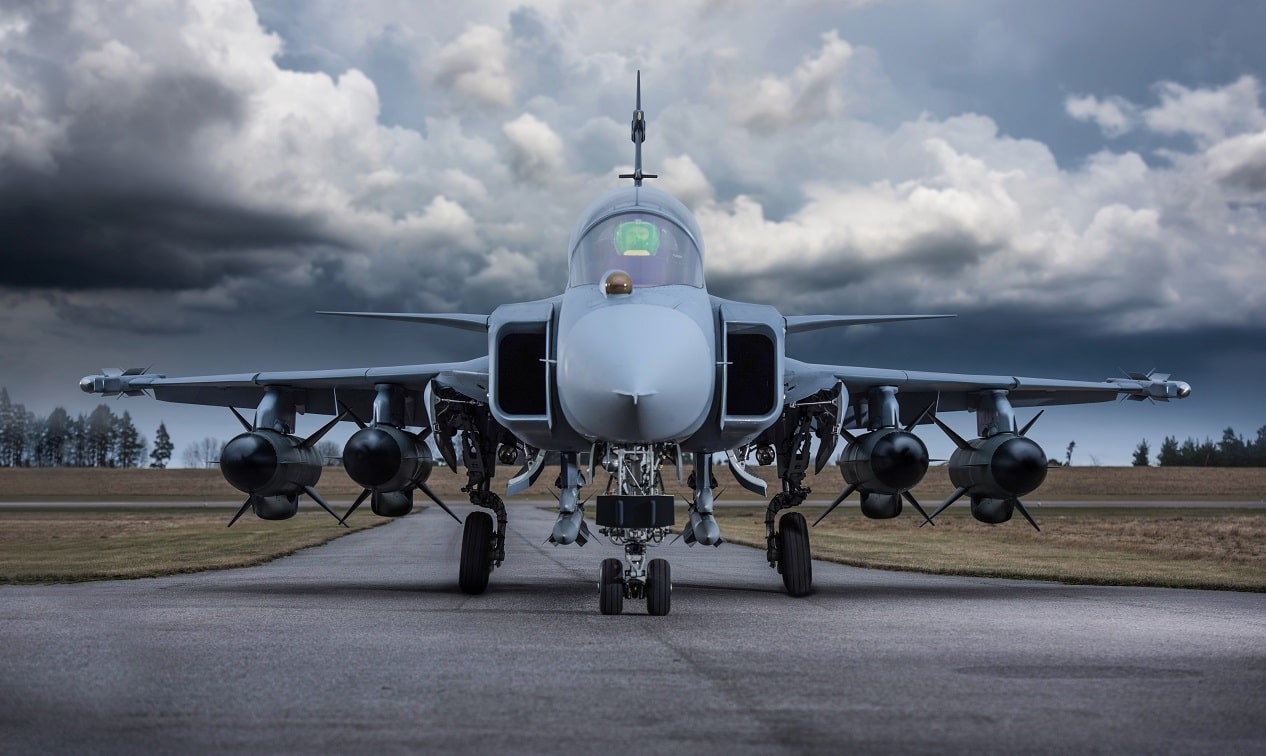 It was back in December 2019 when People’s Liberation Army Air Force (PLAAF) test pilot Li Zhonghua gave a lecture—to much media attention—at the Northwestern Polytechnical University in Shaanxi that delved deeper into the PLAAF experience at the Falcon Strike 2015 exercise, when Chinese Air Force Su-27s had a hard time taking on Swedish-built Gripen fighter jets.

That particular exercise, conducted in Thailand with the PLAAF’s Royal Thai Air Force (RTAF) counterparts, showcased the varied capabilities of China’s Su-27s (also known as the J-11 fighter) and Gripen-Cs and offered hints at where such aircraft will be headed toward technologically in the coming years.

How They Stack Up

According to defense writer Rick Joe at The Diplomat, per the lecture, here’s a summary of the strengths and weaknesses:

“The Gripen-C enjoys substantially more capable BVR (beyond visual range) capabilities than the Su-27, in terms of maximum radar range (160km versus 120km), as well as the maximum range of its BVR missile (80km versus 50km), and the ability to engage more targets simultaneously (4 versus 1).”

The Su-27, on the flip side, “benefits from greater engine thrust and better sustained kinematic performance/turn rate than Gripen-C, while enjoying a more capable WVR capability in the form of R-73, which features higher off boresight capability which can be exploited by the primitive but effective Shchel-3UM HMS.”

What the Falcon Strike 2015 really revealed is that it confirmed that “aircraft with superior sensors, weapons, avionics, datalinking and electronic warfare, can resoundingly defeat aircraft in BVR domains and in engagements that demand greater cooperation and mutual situational awareness,” Joe added.

Moreover, it appears that the Chinese military have tapped into those exercise results to make improvements in its own pilot training.

“Chinese language articles written by Chinese insiders, as well as the information from the original slides presented in December 2019, indicated deficiencies of having sufficient situational awareness, particularly in multi-ship engagements and reduced ability to accurately defeat simulated BVR missiles, the latter of which was described as potentially related to different simulation parameters used by AMRAAM compared to the PLAAF’s prior PL-12 and R-77 simulators,” Joe writes.

“Deficiencies in situational awareness could also be partly attributed to the inferior sensors, cockpit and datalinking of Su-27SKs, however the brisk way in which the presentation described those results perhaps indicate a degree of expectation that Su-27SK pilots should be able to overcome those imbalances even in the face of technological inferiority,” he continues.